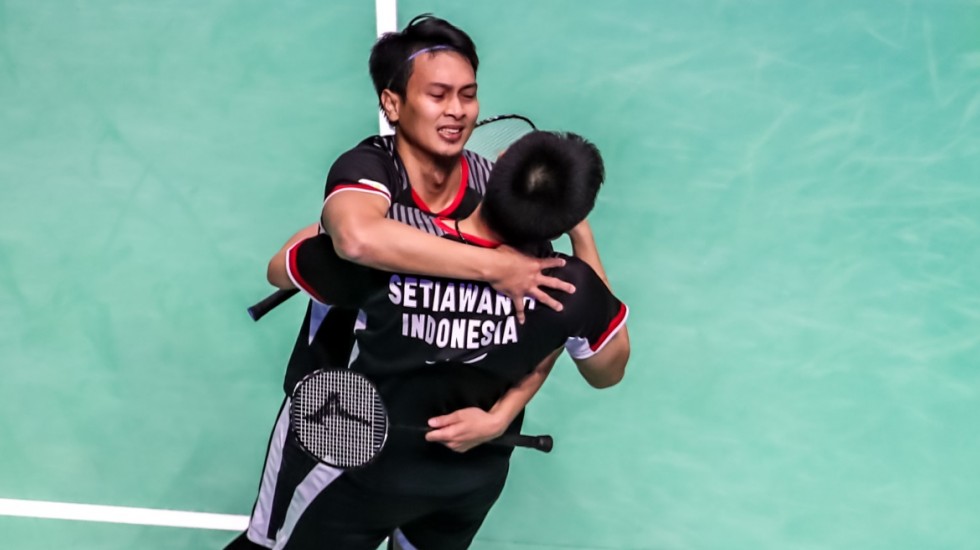 This year, seasoned Indonesians Mohammad Ahsan/Hendra Setiawan have the chance to break a 29-year duck at badminton’s oldest competition. The three-time world champions first stood atop the podium at the 15,800-seater Arena Birmingham in 2014 and did so again last year despite only being the sixth seeds.

Next week, they will kick off their challenge knowing a place in the history books awaits them if they successfully defend their precious gong.

The world No.2 shuttlers are not fazed by what is in front of them.

“Our preparation for Yonex All England Open 2020 is almost 100 per cent. Now the focus is more on conditioning and avoiding injuries,” Setiawan, at 35 three years older than his partner, told a recent press conference in Jakarta.

Ahsan added: “Our aim is to just enjoy our matches. We don’t feel any pressure to be champions. We’ll take it one step at a time.”

If the second seeds triumph, not only will they complete a rare treble, they will also become only the fifth men’s pair to win back-to-back All England titles since the Open era began in 1980.

The last to do so were younger compatriots and first seeds Marcus Fernaldi Gideon and Kevin Sanjaya Sukamuljo in 2017 and 2018.

Ahsan/Setiawan, however, have not beaten their countrymen in the last 10 clashes stretching back to 2016. In fact, in 13 total battles, the veterans only came out on top twice.

“We lost those games because they were faster. We couldn’t gauge their speed on court. We hope to beat them at the perfect time,” said Ahsan.

Provided they get their tactics right, that moment Ahsan and Setiawan have been waiting for could well arrive in England’s West Midlands very soon.

But to do that, they must first move past Japan’s Akira Koga/Taichi Saito in their opening match on 11 March.