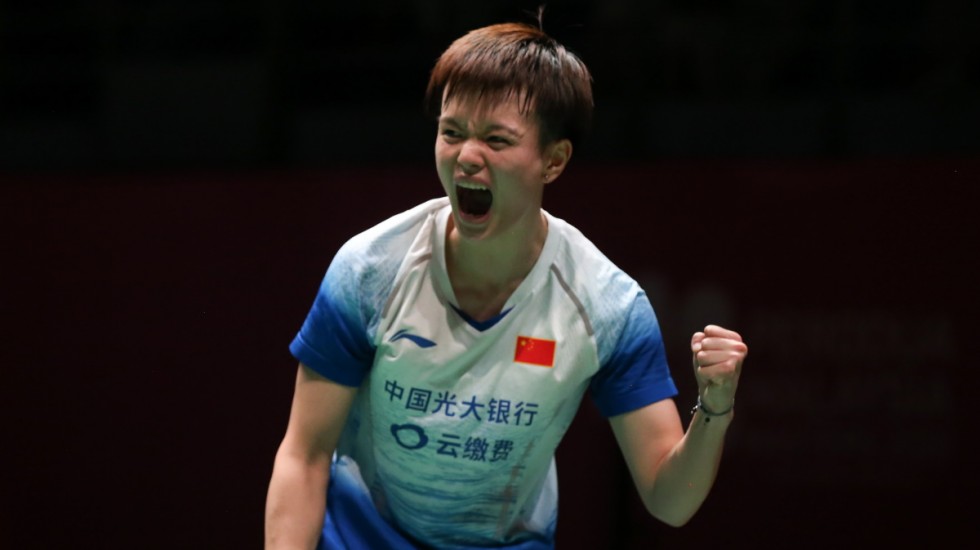 China will be enthused by the rise of Wang Zhi Yi. 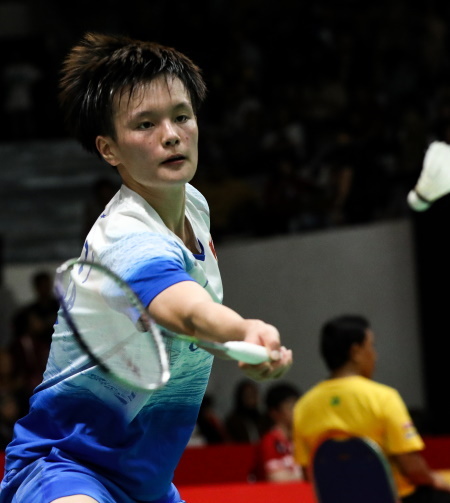 Few would have heard of Wang Zhi Yi before this season started – although that might have changed after the Malaysia Masters and Indonesia Masters over the last fortnight. In the space of two weeks, Wang announced her arrival in no uncertain terms.

The most striking feature about the Chinese youngster is how closely she resembles Chen Yu Fei’s playing style. The world No.1’s stubborn defence, economical movement, and uncanny anticipation were all on display in the form of her younger compatriot as Wang stunned Ratchanok Intanon on her way to the quarterfinals of the Malaysia Masters in her first Super 500 event (incidentally, she lost to Chen Yu Fei).

The next week in Indonesia, Akane Yamaguchi ran into the Chinese youngster; the experienced Japanese was shown the door after an hour-long battle, 26-24 in the third.

Intanon took her on again, this time in the semifinals. The second game was touch-and-go, before the Thai edged her and then slumped to the floor in delight.

“She plays a lot like Chen Yu Fei,” remarked Intanon. “She is quite tough.”

It was a sentiment earlier voiced by Akane Yamaguchi, who praised her shots and her resilience in the rallies.

Wang, who’s from Hubei, hails from a family with no background in competitive sports. She took up badminton as a way to get fit, and decided to get serious when people began to notice her game.

Wang says she doesn’t idolise or copy any player: “I don’t take Chen Yu Fei as a role model. Our styles of play might have some similarities but each of us has our own style,” Wang said. “I don’t have any favourite players. All my seniors have different specialties, I’m trying my best to learn the best aspects of the game from all of them.”

Wang had made her name at the junior level during the World Junior Mixed Team Championships in 2018, piloting China to the title with three wins under pressure. Junior head coach Wang Wei praised her then as the team’s “outstanding” player.

Having crossed over to the senior circuit last year, her performances were consistent. She won the Austrian Open, US Open, Belarus International, Yuzu Indonesia Masters, Dutch Open, and Malaysia International Challenge; victims during the season included Saina Nehwal (21-4 in the third game) and Sung Ji Hyun.

“Things were good for me at the junior level. Moving on to the senior level, it’s tougher and I’m feeling the pressure and I need to work hard. I’m still not well-known, but I’m trying to achieve that.”

Having enjoyed a successful start in the senior circuit, Wang is conscious of the need to evolve.

“I need to pick up and improve my overall performance. This is the opportunity and platform for me to improve because I need the experience of playing with better players.”

The excitement of being part of the World Tour is evident, for she is only now matching wits with the best in the world. She can’t seem to have enough of it.

“I’ve just started playing these big tournaments, I’m feeling the pressure since these are all great players, but actually that is a positive thing. That way, it’s not about our individual records but about playing good badminton. So I’m focussing only on myself, and my opponents don’t know much about my game or my specialties, so I have the advantage.

“I’m looking forward to playing with all these top players. It doesn’t matter if I win or lose. I just want to give my best when I’m on court.”

It was four years before China got its first world No.1 after Li Xuerui, in the form of Chen Yu Fei. If Wang Zhi Yi follows up on her early successes, the powerhouse is likely to get a lot more formidable in women’s singles.