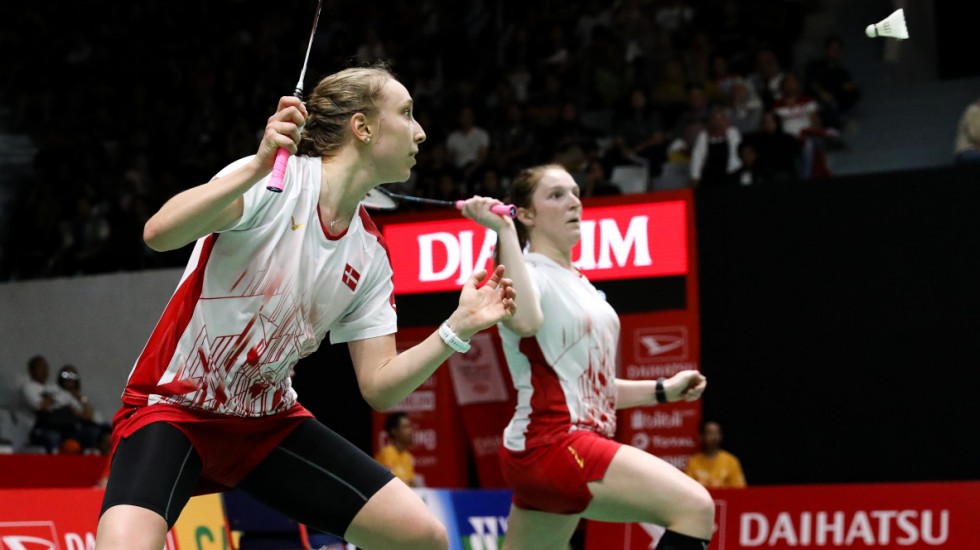 From No.14 in the world rankings early last year to No.31 at the start of this year was a steep slide for Sara Thygesen and Maiken Fruergaard, but it seemed in sync with a below-par 2019 season for Denmark in the paired events.

Having crashed out in the opening round of this season’s first event, the Malaysia Masters, Thygesen and Fruergaard had given no indication of what was to come.

The story couldn’t have been more different in Indonesia as the Danes scythed through the draw, taking down one higher-ranked pair after another. Fellow-Europeans Lauren Smith/Chloe Birch were the first to fall at their hands; next was the turn of two-time World Championships silver medallists Yuki Fukushima/Sayaka Hirota.

Puttita Supajirakul/Sapsiree Taerattanachai and Misaki Matsutomo/Ayaka Takahashi provided resistance, but the Danes still shot past them in straight games. With wins over four pairs they had never beaten before, Thygesen and Fruergaard were in their first top-tier final.

“It’s been close but not close enough, so it’s a nice feeling that we succeeded in our plan,” said Fruergaard, talking of why they had been unable to take their opportunities in the past. “We were more brave, earlier we were so scared of winning almost that we didn’t try things that we’d been doing, so we’d just play safe. But that doesn’t work here, we have to be brave, and try to make the move before the opponents.”

The outstanding feature of the Danes’ play was their calculated risk-taking. Whether on offensive or on the defensive, both Thygesen and Fruergaard made sudden, unanticipated forays to the net, picking off winners from thin air. Their heavy hitting from the back kept their opponents from asserting themselves in the rallies. The result was exciting badminton with something likely to happen on nearly every point.

Having achieved their first major final by beating the Olympic champions, Thygesen emphasised the importance of this attacking approach.

“It was important that we try to attack and we succeeded. This win gives us a lot of confidence, we knew that we could play along with them if we did our best, so it’s nice that we’re standing with the win now. It’s so surreal.”

“We stepped up at the right moments at the end of both games, and that’s why we got the win,” said Fruergaard, after the narrow win over Matsutomo and Takahashi. “We just kept telling ourselves at the end to keep it simple, just keep moving the legs, move into the shuttle and not stand still.”

A day later, the momentum showed no sign of receding. Thygesen and Fruergaard matched Greysia Polii and Apriyani Rahayu blow for blow, showing great character to fight back from a three-point deficit late in the third game to get to within a point of their biggest title. Two opportunities, at 20-19 and 21-20 were however lost in the face of stubborn resistance from the Indonesians. 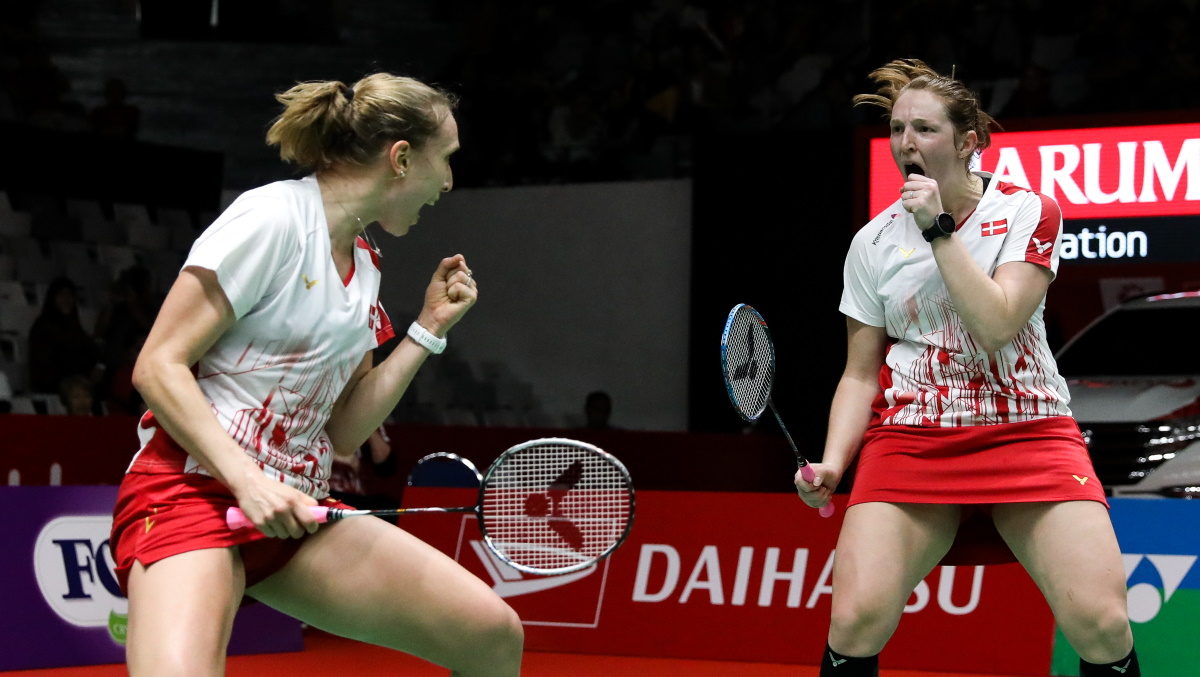 “We were tired but we were really put a lot of energy to keep it going. Maybe we didn’t shout everytime we won a point, but we kept focus on our game,” said Fruergaard, talking of the climactic moments at the end of the match, when they very nearly snatched victory.

Thygesen and Fruergaard have beaten top pairs in the past – in 2018, for instance, they beat Shiho Tanaka/Koharu Yonemoto and Du Yue/Li Yinhui – but couldn’t string big wins together, as they did at the Indonesia Masters. What does this performance mean to them?

“We played quite well, and if trust ourselves, we can be up there among the best. We still have a lot of things to work on when we go home. We’ve shown some good stuff now and we’ll try to improve from here,” promised Thygesen.

What will enthuse the Danes is that they beat two top ten pairs – and very nearly a third – in the space of a week. The retirement of Christinna Pedersen and Kamilla Rytter Juhl left Denmark with a vacuum in women’s doubles; Thygesen and Fruergaard have given Denmark much cause for optimism at the start of this year. With Tokyo 2020 coming up, they couldn’t have chosen a better moment to deliver.