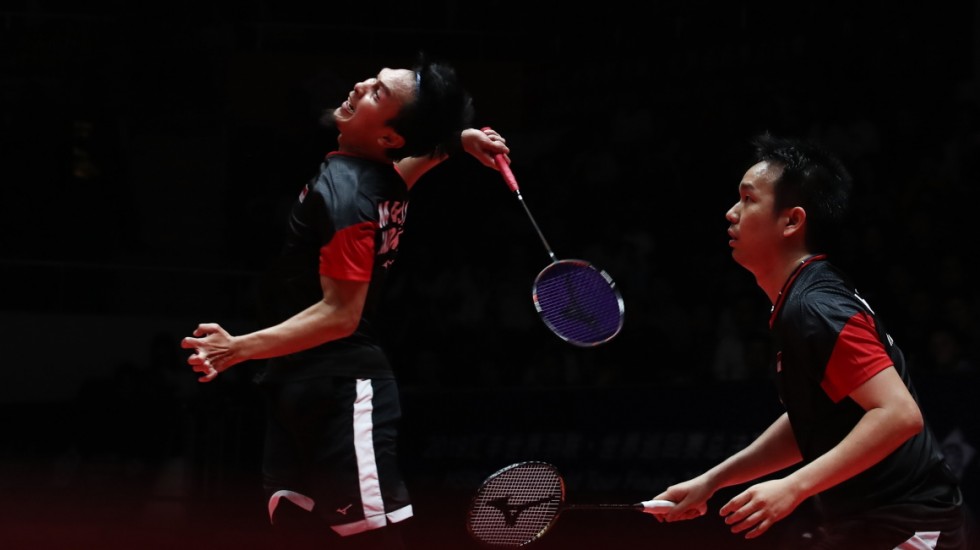 Hendra Setiawan and Mohammad Ahsan will know that this is probably their final chance for a major team title.

It was, as Hendra Setiawan said, an “amazing finish to an amazing year”. With the HSBC BWF World Tour Finals 2019 trophy to go with the All England and the World Championships, the Indonesians were marvelling at the dreamlike season that had panned out for them.

In their 11th final this year, and having lost the last three, Mohammad Ahsan and Hendra Setiawan – affectionately called ‘Daddies’ by their fans – produced an classy performance to frustrate Yuta Watanabe and Hiroyuki Endo, 24-22 21-19, for their fourth title this season. It was their fifth straight victory over the Japanese. From the opening exchanges, the Indonesians showed greater urgency and intent. Watanabe and Endo had executed breathtaking defence all through the week, and continued in the same vein, but Ahsan and Setiawan had them guessing with their variations. Watanabe wasn’t given the leeway to impose himself as he had in the semi-finals against Marcus Fernaldi Gideon and Kevin Sanjaya Sukamuljo. It was neck-and-neck all through the opening game, with the Indonesians edging ahead after Setiawan’s serve brushed the tape and found the service line.

Setiawan found his silken touch at the net as the match progressed, routinely causing the shuttle to dribble over the tape and forcing the lifts from the Japanese. Endo, on the other hand, couldn’t hold his own, and a few shaky mistakes by the Japanese was all that the world champions needed to surge to victory.

“We had to attack the front court, because their defence is so good,” said Ahsan. “They’re young and very tough to beat. We were quite focussed today. We’ve lost a few finals this year but we weren’t worried because for us reaching the final itself feels like we’re champions!”