A perfect year for Zheng Si Wei and Huang Ya Qiong.

Will any pair be able to do better? 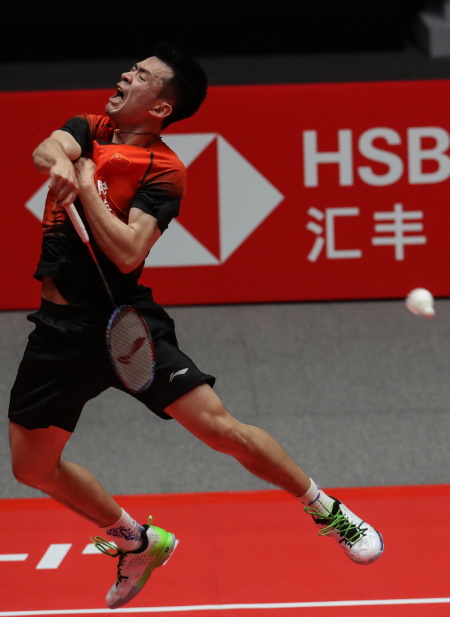 Zheng Si Wei and Huang Ya Qiong ensured their exploits in 2019 will be a gold standard for all time – winning the HSBC BWF World Tour Finals 2019 to add to their victories from the World Championships and all three Super 1000 titles – a titanic feat on all counts.

In the process, they also captured the only significant title that eluded them last season, avenging last year’s final loss to compatriots Wang Yi Lyu and Huang Dong Ping in the most ruthless fashion. The challengers were summarily dismissed 21-14 21-14 in just 35 minutes.

From the opening minutes, the world champions’ laser focus was evident. Whether on serve or return, Zheng and Huang were a split-second quicker on the offensive, controlling the pace and direction of every rally. Hard-hitter Wang Yi Lyu was given nothing to work with, for there were few shuttles in the air today. It was mostly a flat game, all pushes and drives, with Yi Lyu and Dong Ping at their wits’ end to counter the barrage of shots that came their way.

Zheng’s electric pace and energy converted defensive positions to attack, and in the face of such a forceful performance – and with Ya Qiong barely making any mistake – there was nothing that Yi Lyu and Dong Ping could do.

This is Zheng and Huang’s seventh title of the year, and their first since the China Open in Changzhou. Their victory today came after they fell in their last three finals – at the Korea Open, French Open, and Fuzhou China Open.

“We lost to them last year and we were determined to win this time,” said Ya Qiong. “It feels great that we are winning this tournament for the first time together. We lost our last three finals, so it’s good that we found our winning ways again.”

Vanquished duo Yi Lyu and Dong Ping admitted there was very little they could do.

“We were faced with many challenges but we couldn’t find any solution, that’s why we were trailing. We lacked the confidence to challenge them because we over-analysed the problem,” said Dong Ping.