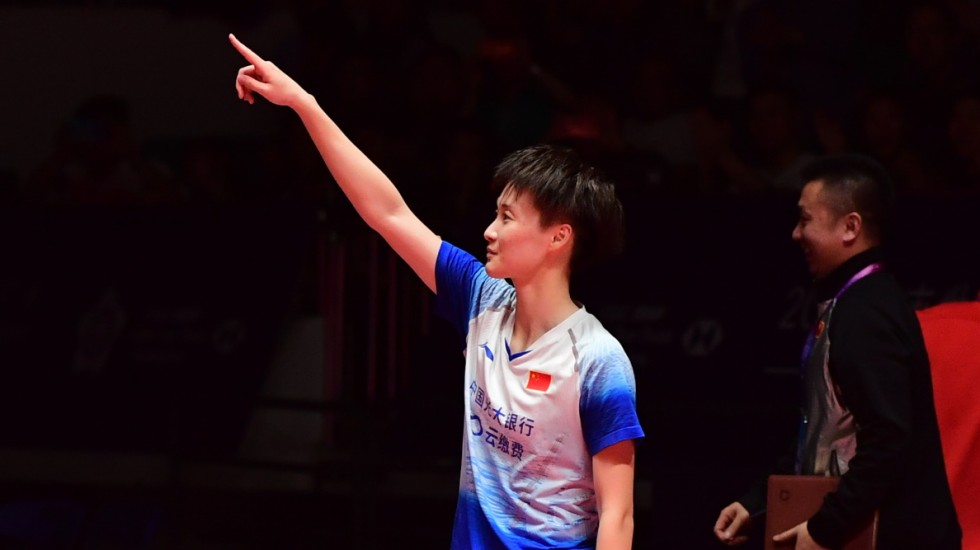 Chen Yu Fei put the finishing touches on a tremendous season, winning her seventh title in as many finals as she held off Tai Tzu Ying in the title round of the HSBC BWF World Tour Finals 2019. 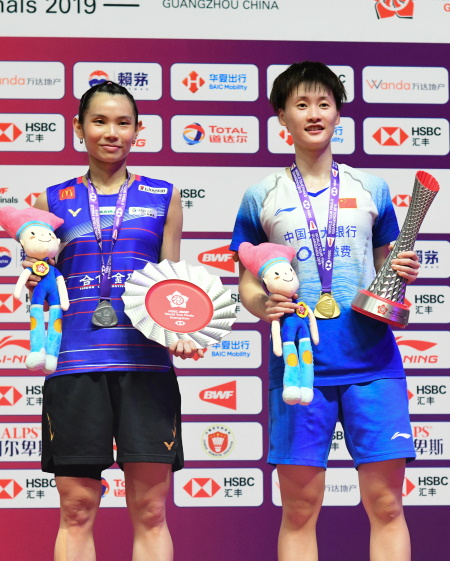 As a bonus, the Chinese is likely to be elevated to world No.1 next week, becoming the first No.1 from China after Li Xuerui.

Chen, who went into the match with a 1-14 record against Tai, was solid after a slow start. The difficulty of controlling the shuttle from one end told on the proceedings, with Tai winning the first and Chen the second, both by identical scores.

Chen though gained the psychological advantage with a lead going into the break in the third game. The Chinese banked on her impeccable footwork; she was always in the right position to counter Tai’s attacking game, and the world No.1’s frustration was evident in the mistakes she made.

Chen was anticipating Tai’s lines of attack and built a healthy lead of 18-12 in the third. Tai nearly turned it around at that point by drawing Chen to the net and narrowing the lead to 17-18. It was possibly a tactic she left too late, for one missed net shot was all it took for Chen to regain the momentum, and she grabbed the opportunity to close it out, 12-21 21-12 21-17.

“I’m very excited. I didn’t think much about my 1-14 record against Tai Tzu Ying; I had to focus on the task today,” said Chen. “She was catching up in the third game and I was just trying not to make any mistakes.”

“The wind was quite strong today, so when we switched sides in the third, I tried to limit my mistakes, but she is a very stable player,” said Tai. “She makes nearly no mistake. Also, she is taller than me and her attack has improved, so she is hard to beat. To beat her, I need to cut down on my mistakes.

“My performance this year was ok, just that sometimes during key points I make mistakes. I need to improve on that.”