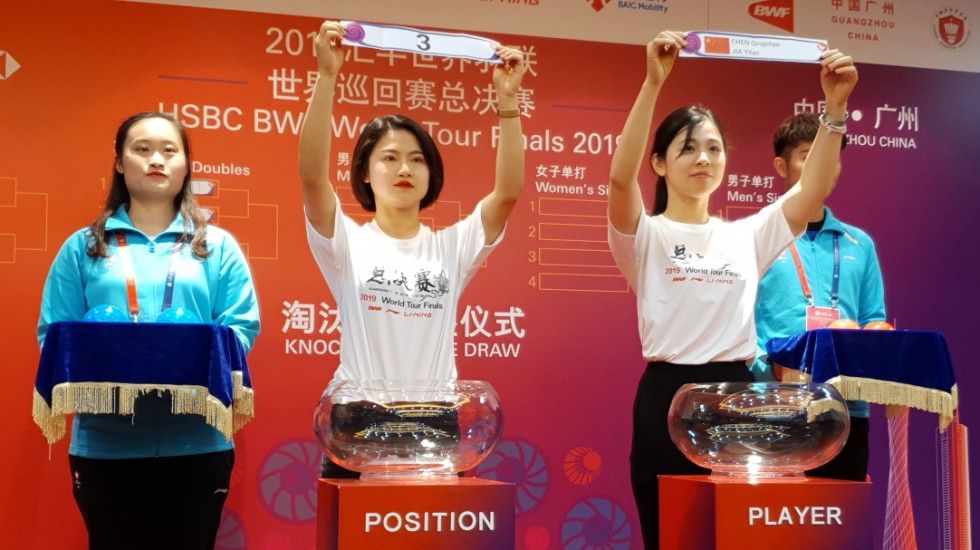 The semifinal draw for the HSBC BWF World Tour Finals 2019 was conducted this evening after the completion of the group stage.

The winners of both groups were separated and their semifinal opponents – those second-placed in the respective groups – were picked by draw of lots.