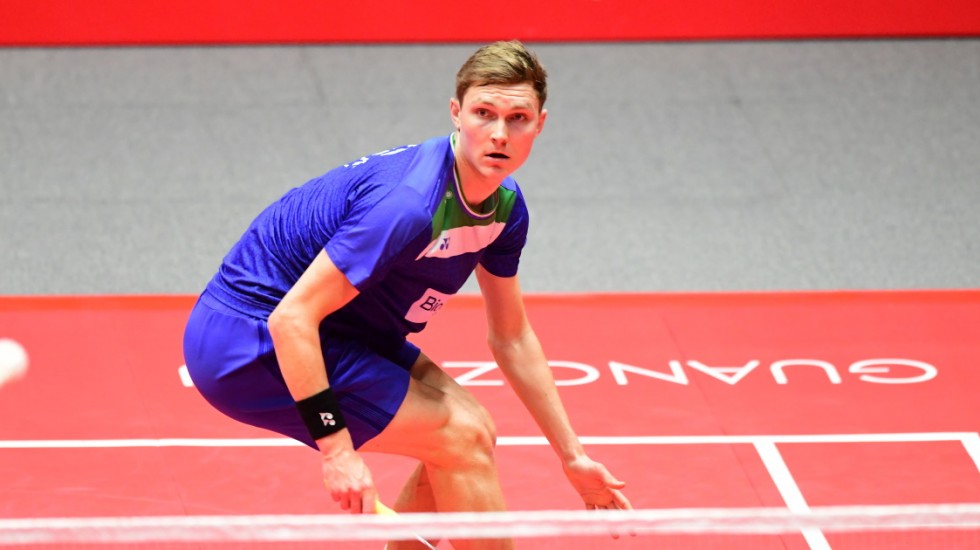 Despite two losses, Axelsen still has a shot at making the semifinals.

Qualification Will Hinge On Arithmetic

The last group matches of the HSBC BWF World Tour Finals 2019 will be played tomorrow, and in many cases, will decide the two players or pairs who go through to the semifinals.

In case two or more players/pairs are equal in terms of matches won, their final ranking within the group is determined by General Competition Regulation 16.2.

Axelsen, despite his two losses, has a mathematical chance of making it, for which he will need Chou Tien Chen to beat Chen Long.

Axelsen’s best-case scenario is that Chou beats Chen (either straight games or three games), following which he will have to beat Ginting in straight games.

On the other hand, Chen can cement his spot by winning in straight games, irrespective of the result of the other match. If he loses a game but wins the match, he will need Axelsen to beat Ginting.

Ginting is in a better position due to his straight-games win over Chen. If Chou beats Chen, Ginting only needs to win a game against Axelsen. If Chen wins, Ginting will also have to win his match. In that case, there will be a countback for Chou, Chen and Ginting, who will be level on two wins each.

There are thus several interesting possibilities in several categories, and players will need to get their math right. The loss of a game – or even a few points in some cases – could well mean the end of the road.