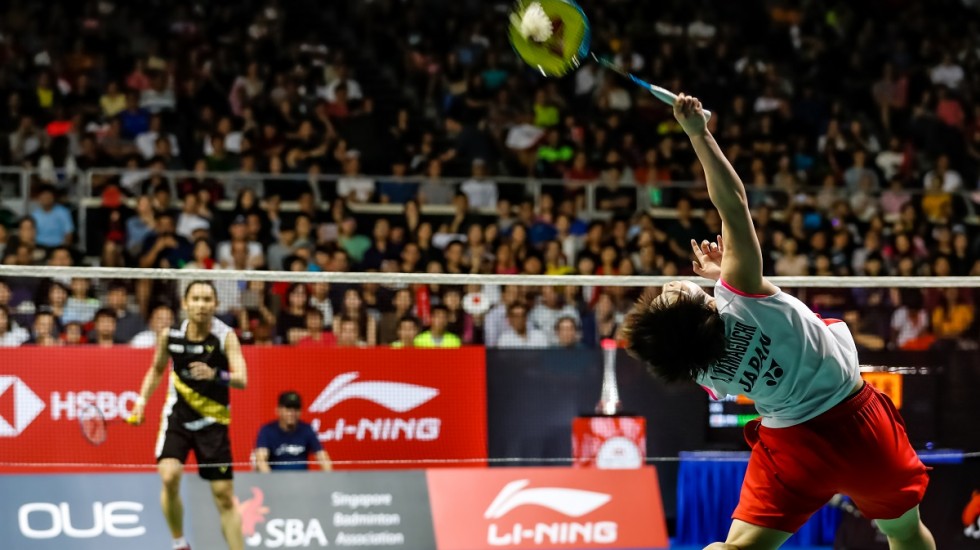 Tai Tzu Ying and Akane Yamaguchi will be looking to finish the year on a high.

The top eight players and pairs who have qualified for the season-ending HSBC BWF World Tour Finals that begins 11 December in Guangzhou, China, are now confirmed.

All contenders have accepted entry into the by-invitation HSBC BWF World Tour Finals.

It is the pinnacle of the badminton season pitting the best of the best against each other as they compete for their share of the biggest prize pool ever seen in badminton – US$1.5 million.

The eight qualifiers in all five events were finalised after the final qualifying tournament – the Gwangju Korea Masters 2019 that concluded on Sunday 24 November 2019. A maximum of two players/pairs from each Member Association can qualify.

Get ready for Guangzhou …

Pusarla was assured of her spot despite being in 15th place as one spot in each category is reserved for the current world champions.

The HSBC BWF World Tour Finals 2019 Press Conference will be conducted immediately following the conclusion of the draw, with an Open Media Day taking place on Tuesday 10 December.

The 2019 Player of the Year Awards will also be announced at the annual Gala Dinner on Monday evening, 9 December. Nominees for the awards will be announced later this week.