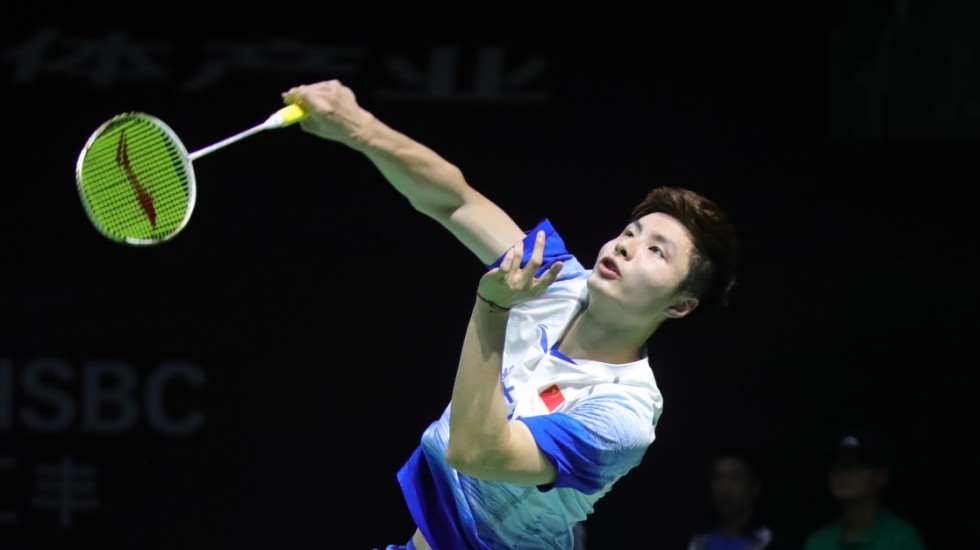 Shi Yu Qi, still recovering from a toe blister that scuttled his home campaign last week, found the reserves to outplay Sai Praneeth in the first round of the YONEX-SUNRISE Hong Kong Open 2019 today.

The third seed had retired in the second round of the Fuzhou China Open, and the blister still seemed to affect him as he moved slightly awkwardly. Praneeth took advantage to run away to a quick opening game win, but the Indian blew the opportunity with some inconsistent play. Shi got better as the match progressed, and with Praneeth looking under par, the third seed eased to a 11-21 21-18 21-12 victory.

“I was too slow. I couldn’t find a way in the rallies in the first game. I’m slowly getting better,” said Shi.

His senior compatriot Lin Dan had a harder battle on his hands against Denmark’s Hans-Kristian Vittinghus. The Dane fought off a 15-19 deficit in the opening game to edge past Lin for the opening game, but the five-time champion found his groove and made it home, 22-24 21-17 21-16.

“I’m missing consistency again,” said Vittinghus. “It’s the main problem for me in the matches I lose. Today I lost the consistency while leading 9-5 in the second game, and a player like Lin Dan will punish that, even though he isn’t at his best at the moment, you cannot give an inch. He will take everything away from you.”

“Strange match. There were a lot of easy mistakes from both pairs, seems like the conditions here, it’s sometimes slow and sometimes fast, and there’s a tricky drift from the sides,” said Piek. “What made the win was that we started out really well in the third game and after that we never looked back.”

There were a few surprises on the day. Men’s doubles fourth seeds Takeshi Kamura/Keigo Sonoda, who were in the final of the China Open on Sunday, fell to Choi Solgyu/Seo Seung Jae in 38 minutes.