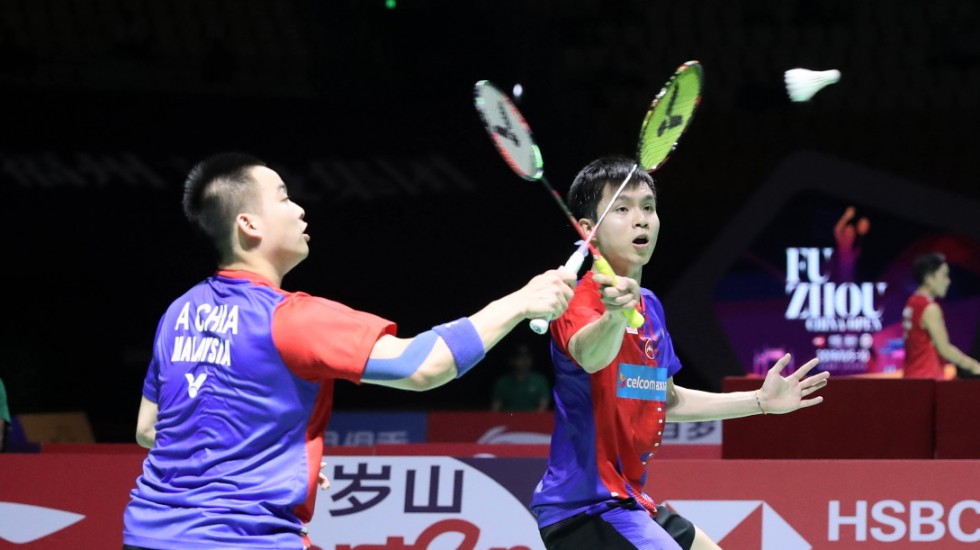 Aaron Chia and Soh Wooi Yik posted their best performance since the All England in March, reaching the semifinals of the Fuzhou China Open 2019 today.

Incidentally, it was the Indonesian duo of Mohammad Ahsan and Hendra Setiawan – to whom they had fallen at the All England – that they overcame today, after four straight losses. 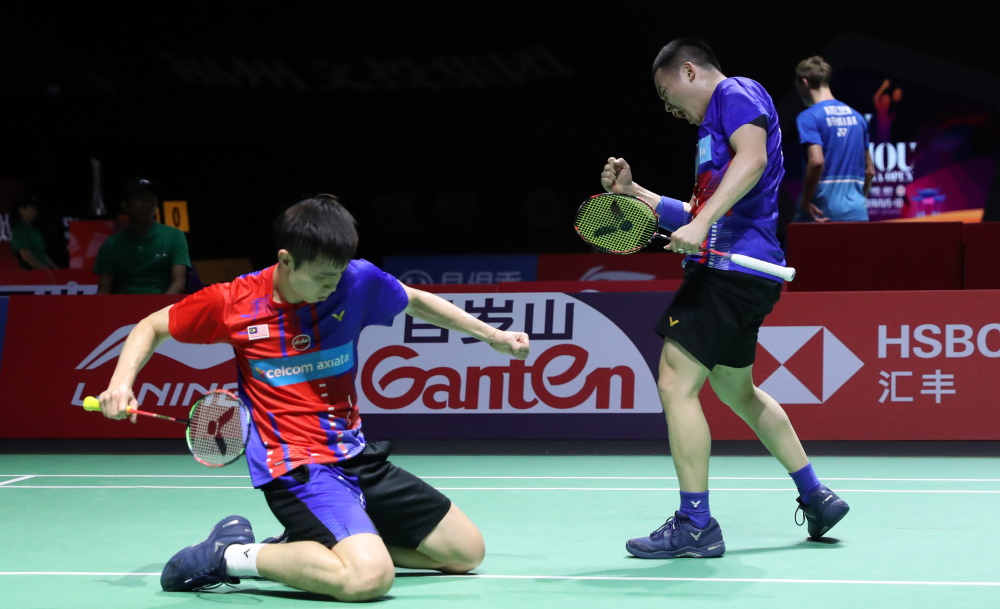 The Indonesians, who had come through two gruelling previous rounds – including a 30-29 final game victory yesterday – fell behind early. They did make a match of it in the second, with Chia and Soh only narrowly holding them off, 21-13 22-20.

Next up for the Malaysians will be fourth-seeded Japanese Takeshi Kamura/Keigo Sonoda, who blew away England’s Marcus Ellis/Chris Langridge 21-10 21-13.

“This is quite good for us, it can give back our confidence,” said Chia. “We hope we can go further. Our mental approach has changed. We had a couple of close losses to Ahsan and Hendra, but today we played our style. Not like the last two matches where we were nervous.”

In men’s singles, Denmark’s Rasmus Gemke’s impressive run continued as he sealed his place in the semifinals, surviving a tense ending against Hong Kong China’s Ng Ka Long Angus. Angus nearly took the match away from Gemke after trailing by four match points; the Dane saw his opponent clamber level from 16-20 down, but kept his head to close it out on his fifth match point, 13-21 21-14 22-20.

This is Gemke’s second semifinal at a World Tour Super 750 event after the French Open last year.

“It’s a big achievement for me, it’s my second semifinal at this level,” said the Dane.

“I was leading 20-16, I don’t think I was nervous. He played some really good rallies. I wanted to get the last point and maybe I got a bit tight. The semifinals is going to be tough against Kento. I lost to him in Denmark in three games. I will do everything I can.”

It was a good day for Malaysia, with Goh Soon Huat/Shevon Lai Jemie also posting their best performance since the All England in entering the semifinals. The Malaysians beat Dechapol Puavaranukroh/Sapsiree Taerattanachai 21-13 21-18.

Women’s doubles top seeds Mayu Matsumoto/Wakana Nagahara were given a scare by young Chinese Li Wen Mei/Zheng Yu; the world champions had to dig deep to prevail in an 80-minute marathon, 21-14 23-25 21-15.