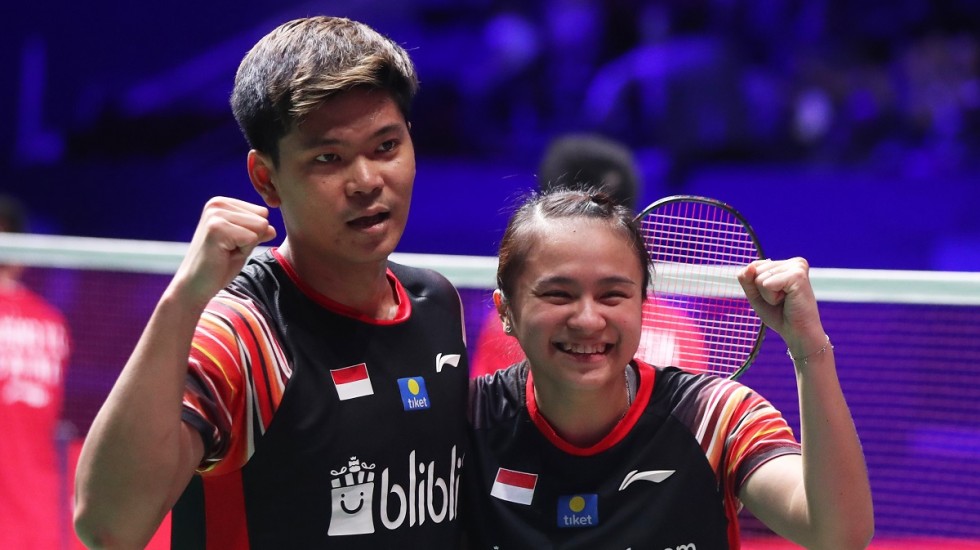 Two weeks ago, no one would have predicted that Indonesia’s Praveen Jordan and Melati Daeva Oktavianti would have gone back-to-back during the European swing of the HSBC BWF World Tour, let alone consecutive wins over world No.1s Zheng Si Wei and Huang Ya Qiong.

Such is the dominance of Zheng and Huang, and to a lesser extent, world No.2s Wang Yi Lyu and Huang Dong Ping, that victory to any other pair would have seemed out of reach.

But Jordan and Oktavianti have taken their game to a new level this past fortnight and have joined the upper echelon of mixed doubles contenders.

By the sound of things, they have no intention of letting this be a one-off streak.

Highlights | The crowd is on their feet as back-to-back winners Jordan and Oktavianti defeat world champions Zheng and Huang in an epic three-game clash 🏸#HSBCBWFbadminton #HSBCRaceToGuangzhou #FrenchOpen2019 pic.twitter.com/8o6r40Xhed

“We have no words. We are so happy to get two wins in a row in Europe. It’s exciting for us. We now have the confidence to know we can keep on doing it.

“We know Zheng and Huang have won a lot of titles so to beat them today is a great sign,” said Jordan.

The secret to their success has been their improved partnership on the court.

“Today we kept communicating and supporting each and that is the key for us. If we do that we tend to play really well,” added Oktavianti, who turned 25 on Saturday.

For Zheng and Huang, it was a case of being outplayed by a fierce and determined opponent.

“They were very good with their one-two punch. They hardly made any mistakes and their service was near perfect. It was tough for us to take the initiative. They restricted our play so we were very passive.

“We tried many ways to win but our opponents were just too good. We lost but it’s not because we didn’t play well. All the teams all improving very quickly so we have to train hard, evaluate and improve more,” said Zheng.

Huang added: “In the third game I felt they were very lucky. Oktavianti had a few shots that either clipped the net or just rolled over, which was tough for us to handle.

“But I’m not surprised by their play. They have some good qualities and they controlled the match much better than us.”