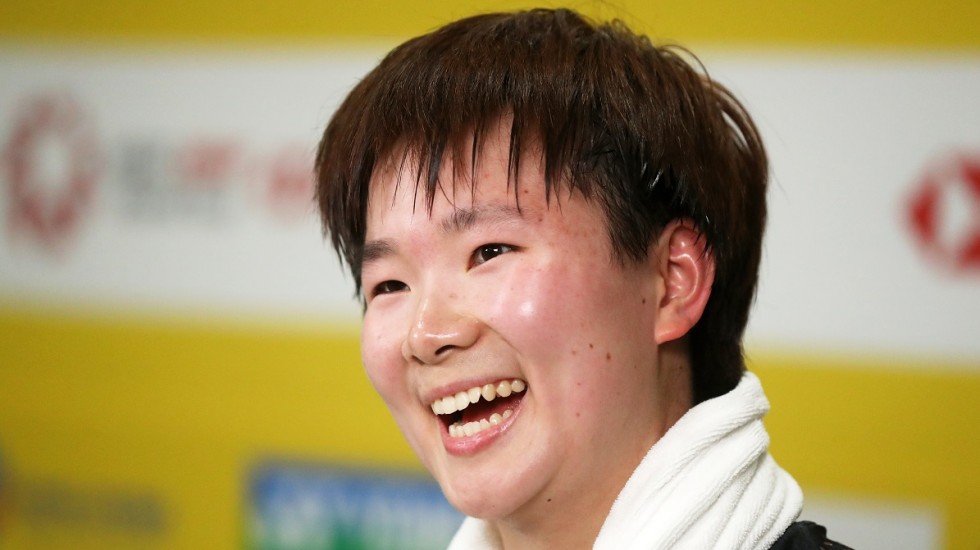 He Bing Jiao has jumped from 11th to sixth in recent weeks.

With just nine ranking tournaments remaining in the HSBC Race To Guangzhou 2019, we look at the women’s singles contenders for the Top 8 players to qualify for the season-ending HSBC BWF World Tour Finals in December.

Such is the standard of badminton being played in women’s singles at the moment, the competition for the Top 8 places is set to go down to the wire.

They currently belong to He Bing Jiao of China and Korea’s Sung Ji Hyun, but there are six other players all within 7,000 points of the pair – Beiwen Zhang, Sayaka Takahashi, Fitriani Fitriani, Michelle Li and Nitchaon Jindapol – ready to lay down the challenge.

The fact that Li has struck some late-season form with final or semifinal efforts in four of her last six tournaments means she could still threaten from her current HSBC Race To Guangzhou ranking of 12th.

Both she and American Zhang qualified for the inaugural Finals in 2018 and will be keen to repeat that dose this year.

China’s He Bing Jiao showed only recently how quickly the rankings can change as she jumped from 11th to sixth in the space of just two weeks thanks to a quarterfinal at the China Open and victory at the Korea Open – her first title in three years.

She said following the win: “Before the final, I was thinking, ‘Will I win or will I lose?’, so it made me very anxious. Now that I have won my first title in three years, I can’t say anything because my brain is just empty.

“From this tournament, I’ve learned some ways to win, particularly when I fall behind and I think that will be useful in my coming tournaments,” she said.

Highlights | He Bing Jiao displays a convincing win earning her spot in the women's singles final. Can she go all the way? 🏸#HSBCBWFbadminton #HSBCRaceToGuangzhou pic.twitter.com/WnDlSz2Ewi

One player who won’t be in Guangzhou but who will certainly cause havoc among those in contention is Carolina Marin.

After missing almost seven months, Marin is no mathematic chance of qualifying as she currently holds down 38th in the HSBC Race To Guangzhou rankings, but given her dramatic return at the China Open in Changzhou, she is sure to be a danger to anyone looking to sneak into the Top 8.

At the DANISA Denmark Open 2019 this week, she is likely to face an injury-plagued Akane Yamaguchi in round two and potentially Sindhu in the round of 16 if successful. The rest of the field will be wanting to avoid her at all costs in the remaining eight weeks of the season as we build towards Guangzhou.