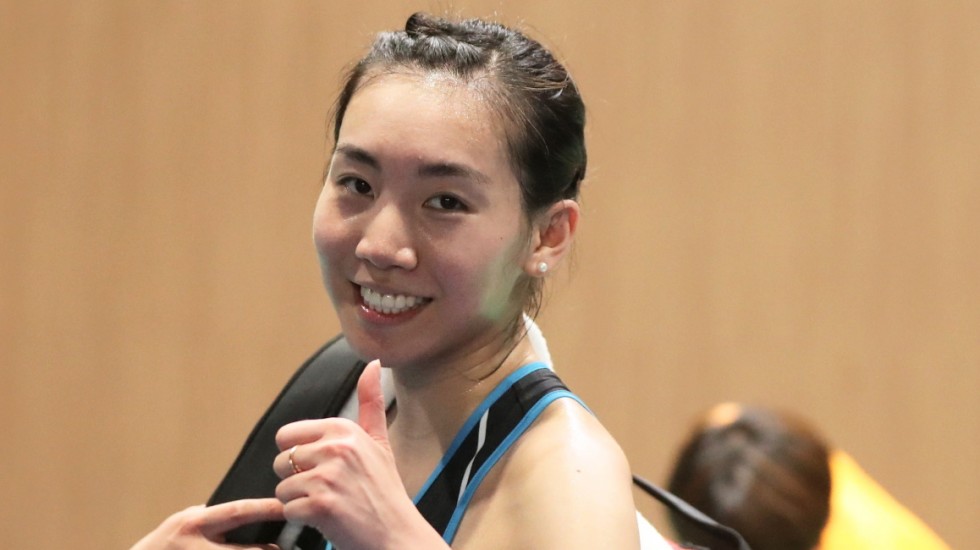 Michelle Li’s recent form continued to hold, as she beat fourth seed Nozomi Okuhara to enter the semifinals of the Korea Open 2019.

Li’s win was the first over her Japanese opponent in four years, during which she suffered five straight defeats. This was Li’s second top-tier semifinal recently after the Japan Open.

The Canadian staged a gallant fightback after trailing most of the way in the third game. She caught up at 17 and then pulled ahead after 18-all to win the match on the 72nd minute.

In the other half, Ratchanok Intanon avenged last week’s defeat at the China Open to Sayaka Takahashi, getting the better of her Japanese opponent 21-9 23-21.

After a first game rout, Takahashi turned on her attacking game in the second and challenged Intanon. The Thai was in frequently in trouble and had to dig deep; Takahashi led all the way but was let down by the inconsistency of her smashes, which often found the net.

She had three opportunities to take the game, but Intanon responded brilliantly. A stunning cross net shot and a sharp clip that caught the line helped her on the way as she wriggled out of the tight spot to book her semifinal place.

Indonesia’s Rinov Rivaldy and Pitha Haningtyas Mentari edged China’s He Jiting/Du Yue by the narrowest of margins, 26-24 22-24 22-20, to enter their first top-tier semifinals.

The third game was on a knife edge with the Chinese staging a fightback from a big deficit. They saved three match points from 17-20, but Rivaldy and Mentari sealed the issue on their fourth match point.

Men’s singles top seed Kento Momota stayed in the hunt for his third straight title, having plenty in reserve as he beat Malaysia’s Lee Zii Jia 21-15 21-19.

The world champion played well within himself, particularly in the second game, as he sat back and challenged Lee to take the initiative. Just when the Malaysian was on the ascendant, Momota dialled up the pace and picked his spot to coast to a fairly comfortable victory.

Momota will face Parupalli Kashyap, who made the semifinals after originally being promoted from the qualifying draw. The Indian faced a hard battle in the opening game of his quarterfinal against Jan O Jorgensen; once he had saved two game points to take the opening game, the match changed course.

Kashyap rode his confidence and exerted his influence at the net, where he made several tape-hugging shots and followed them up with sharp smashes; at the other end, Jorgensen morale seemed to dip. Kashyap wrapped it up in 37 minutes: 24-22 21-8.

A spin shot is all you need in situations like these