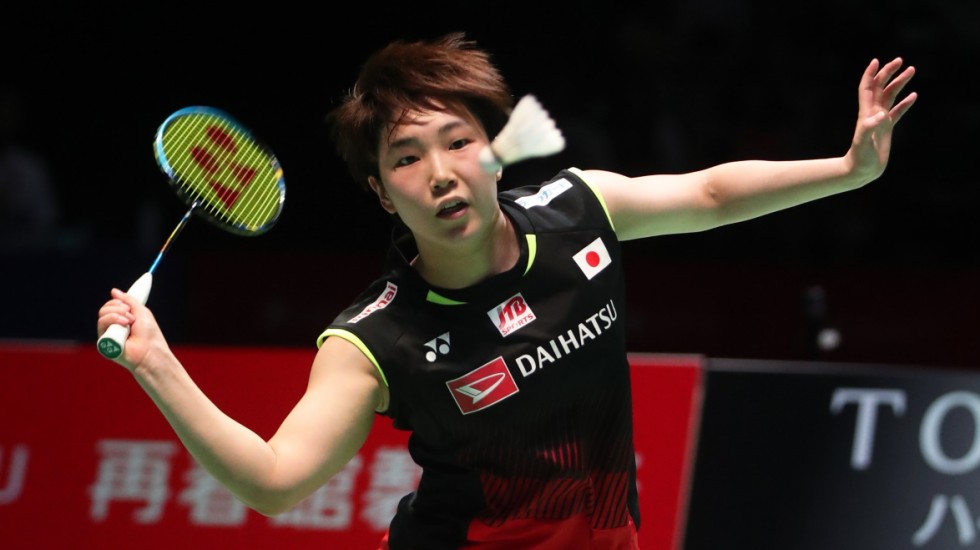 Akane Yamaguchi is among those who have withdrawn from the DANISA Denmark Open.

Yamaguchi’s win ensured the women’s singles title would return to Japan after 2015, when Nozomi Okuhara beat her in the final. The two protagonists will face off once again, with Yamaguchi in line to take her second title in two weeks, and Okuhara searching for her first crown this season.

There was an extra edge to Yamaguchi’s semifinal against Chen Yu Fei, for the Japanese had cracked in the high-pressure Sudirman Cup final in May from 11-6 up in the decider. Chen’s win had swung the tie for China, and denied Japan their first World Mixed Team Championships.

It was a different kind of contest today. Over the last two weeks, Yamaguchi appeared to have raised her already-high level, and she continued in the same vein, pouring on the pressure with her speed, sharpness of attack and retrieving brilliantly. It was the quality of her defence that wore down Chen, for her sure-shot winners kept coming back, and the Chinese was at a loss for ideas, losing 11 of 12 points to let the first game slip by in a trice. She was never in with a chance in the second, unable to keep the deep clears in.

Yamaguchi, never one to betray her emotions, had a broad smile on when she walked off court.

Her opponent in tomorrow’s final, Nozomi Okuhara, held off a second game charge from Canada’s Michelle Li to prevail 21-12 21-18.

“I played well in patches. Obviously it’s not easy, because whatever plan you make, it’s not easy to beat him, because he was ready to play any game, like you chose to play defence, he can play that, or if you want to rally, he can rally. And if he wanted to attack, he could attack. His game in these types of courts is tough, because he’ll play whatever he wants to play. He’ll make the game really slow, even when you smash, he’ll keep the shuttle really close to the net. On his defence, he always gets the shuttle close to the net, so you’re moving that much more,” – Sai Praneeth, on losing to Momota.