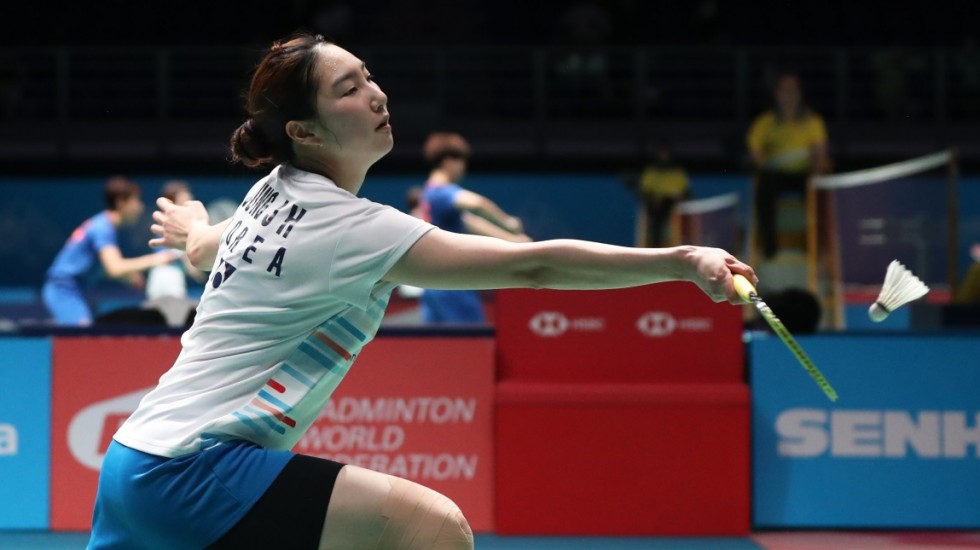 Singles contenders Kento Momota and Pusarla V Sindhu crashed out of the Celcom Axiata Malaysia Open 2019 today, unable to provide much resistance to their second round opponents.

Both Momota and Pusarla looked below par against Jonatan Christie and Sung Ji Hyun respectively, and were unable to get a grip on the proceedings. Pusarla’s second game was a nightmare as she failed to even get into double digits. It was her worst loss in 16 encounters with Sung, who picked up her third win on the trot against the Indian, levelling their head-to-head count at eight wins apiece.

Pusarla blamed her 21-18 21-7 loss on her inability to control the shuttle in difficult conditions.

“I couldn’t control the shuttle and made too many unforced errors. There was a lot of drift today. I think I should’ve played more into the court. I was too nervous. Physically I’m feeling fine.”

Christie’s was his first win in three matches over Momota, who rued his lack of momentum: “I lost my momentum after my opponent got an early lead. I should have adjusted better to the wind, and my lobs should have been better.”

Viktor Axelsen kept his composure in the face of an inspired performance by fast-rising Chinese youngster Lu Guangzu. The Dane had a lead all through the decider but Lu kept within striking distance, until Axelsen surged from 17-16 with three straight points.

The Dane acknowledged Lu was one of the young players to keep an eye on.

“A lot of young players are coming up and he’s definitely one of them,” said Axelsen.

”It was a really tough match. I played Lu Guangzu at the All England and it was tough, and I knew it would be hard this time as well, especially in these conditions. It’s really windy and one of the sides is hard to control. That said, I’m pretty happy that I managed to control myself in the third game and win. It could easily have been a loss for me if I had not been mentally good.”

“Momota is the world’s best player right now – the All England champion, world champion and reigning No.1… it was never going to be easy playing him. However, I managed to get the better of him because I had nothing to lose and I took my chances well.” – Jonatan Christie