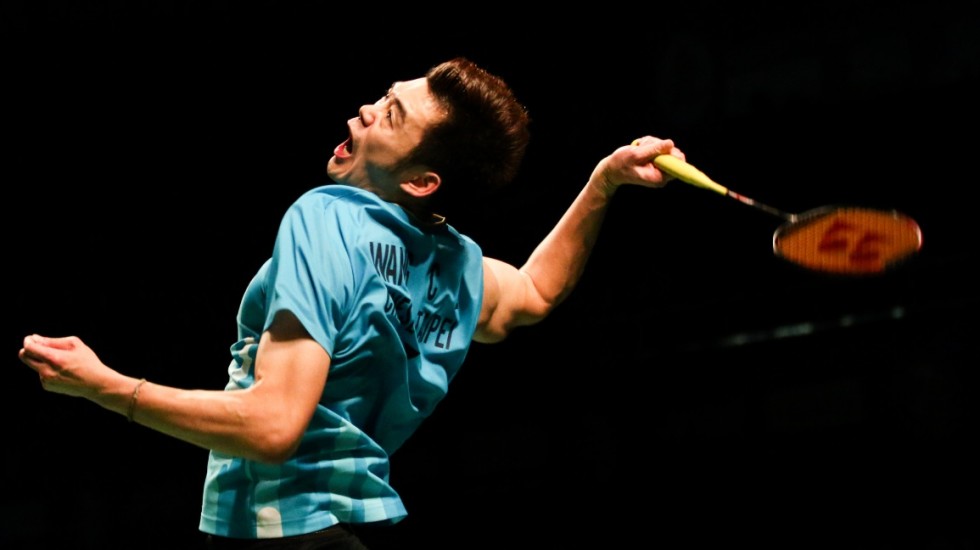 Wang Chi-Lin has found success in both his new partnerships.

The first three months of the season couldn’t have gone any better for Wang Chi-Lin. The two new partnerships he has embarked upon have yielded encouraging results.

At the India Open last week, Wang and Lee Yang made their third final in three weeks after finishing runners-up at the Swiss Open and winning the Orleans Masters. Their straight-games win over Angga Pratama/Ricky Karandasuwardi saw them claim their first Super 500 title as a pair.

“Our performance has been amazing because we didn’t imagine that we could get in three finals in three weeks,” Wang said.

Wang was world No.4 with Chen Hung-Ling last year, but with Chen’s retirement, he teamed up with Lee Yang.

“We are class mates from junior high school. We started playing badminton together. This year we decided to pair up in men’s doubles.

“Our target is to get our ranking up before May this year so that we can participate in the bigger events and qualify for the Olympics. Winning a medal at the Olympics is the ultimate dream.”

In mixed doubles too Wang had a new partner in Cheng Chi Ya after splitting with Lee Chia Hsin. In their first outing, they made the final of the Barcelona Spain Masters. Today, at the Celcom Axiata Malaysia Open 2019, they very nearly got the better of second seeds Wang Yilyu/Huang Dongping, going down 17-21 21-19 21-19.

“Of course I’m very tired,” said Wang, reflecting on the close loss. “There was no pressure in this match because they are very strong and we’ve lost to them before. So it was about using my speed and power to challenge them.”

What was it like to start the season with two new partners?

“It’s a new experience and I’m excited about that. It’s different, in mixed doubles I have to smash more but with Lee Yang, it’s about speed and power and we can challenge our opponents with our speed.”

While Wang was expected to settle in smoothly with Lee Yang, who was quite successful with former partner Lee Jhe-Huei, his early success with Cheng Chi Ya has surprised him.

“Spain was our first tournament, and we reached the final, and that was very encouraging.

“I’m really happy but our challenge starts from New Zealand as it’s the first tournament to qualify for Tokyo 2020.”