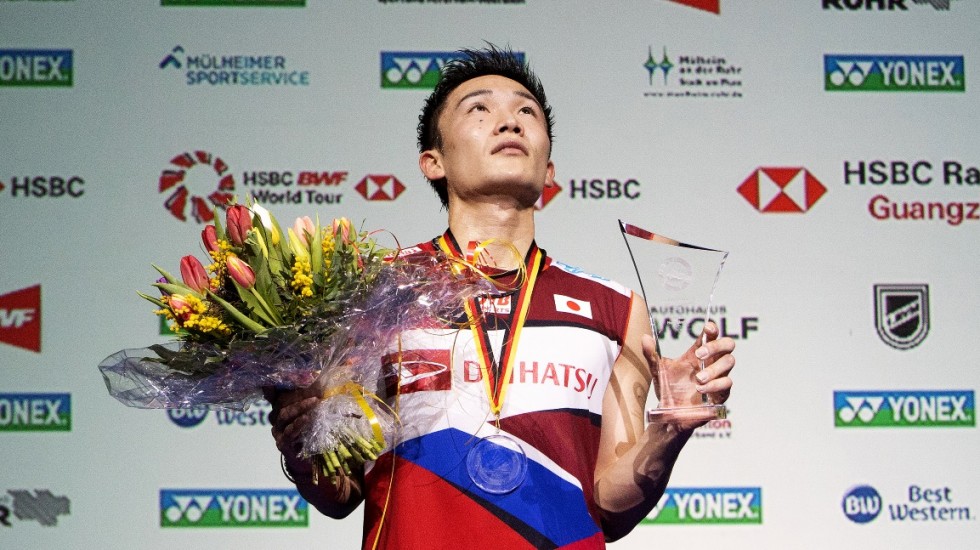 Momota Races Ahead in Earnings

Kento Momota’s earnings in the first quarter of this year have soared to nearly US$100,000.

The Japanese, winner of the German Open and the All England and runner-up at the Indonesia Masters, saw US$94,550 added to his career earnings. He made US$70,000 by winning the All England.

The calculation of prize money includes earnings from the Swiss Open (12 to 17 March).

Not far behind him in the earnings list this season is Chen Yufei, women’s singles winner of the All England. Chen followed up her win in Birmingham with a triumph at the Swiss Open, and is now richer by US$86,325.

Momota and Chen Yufei are some way ahead of the pack, as the next highest singles earner is Viktor Axelsen, with US$44,150.

Players in the doubles categories too have been handsomely rewarded for their efforts. All England winners Zheng Siwei and Huang Yaqiong each crossed US$50,000.

Yuta Watanabe, who excels in mixed doubles and men’s doubles, saw his earnings swell by US$44,406, just behind the men’s doubles winners Mohammad Ahsan and Hendra Setiawan (US$44,850 each).Sapsiree Taerattanachai, who also plays two categories, made a total of US$22,312.

The top eight players and pairs at the end of the season will qualify to the HSBC BWF World Tour Finals in December.

Here are the top five earners: