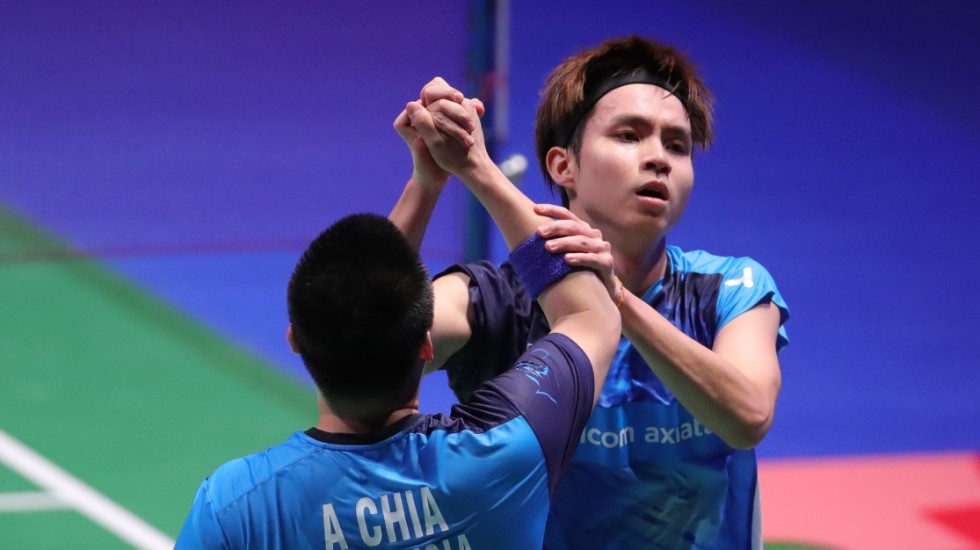 Aaron Chia and Soh Wooi Yik’s dream run at their YONEX All England debut continued on Saturday with a stunning entry into the men’s doubles final.

The Malaysian youngsters showed great composure in a riveting semifinal against Fajar Alfian and Muhammad Rian Ardianto, edging the Indonesians 12-21 22-20 21-19 to make their first major final. They next face veterans Mohammad Ahsan/Hendra Setiawan, who are in line for their second All England title.

Chia and Soh were on the backfoot in the face of the Indonesians’ penetrating attack, but once they settled in, it was a more even battle.

Alfian and Ardianto were on a roll until both got called for service faults. That was to haunt them, as their serves started to get shaky and the Malaysians’ morale shot up. Having equalled at 19-all, Ardianto undid all the hard work by serving into the net, giving the Malaysians match point.

“They started very well and put a lot of pressure on us,” said Soh. “We eventually got our own strategy going. It’s our first All England and our first (major) final. It’s been a long time since Malaysia won the title – I hope we can win it for Malaysia tomorrow.”

Instead, Zheng and Huang hung in tight until the coast cleared, and earned a repeat final against defending champions Yuta Watanabe/Arisa Higashino.

If Chia/Soh win tomorrow, they will be the first Malaysian men’s doubles winners of the All England since Koo Kien Keat/Tan Boon Heong in 2007.