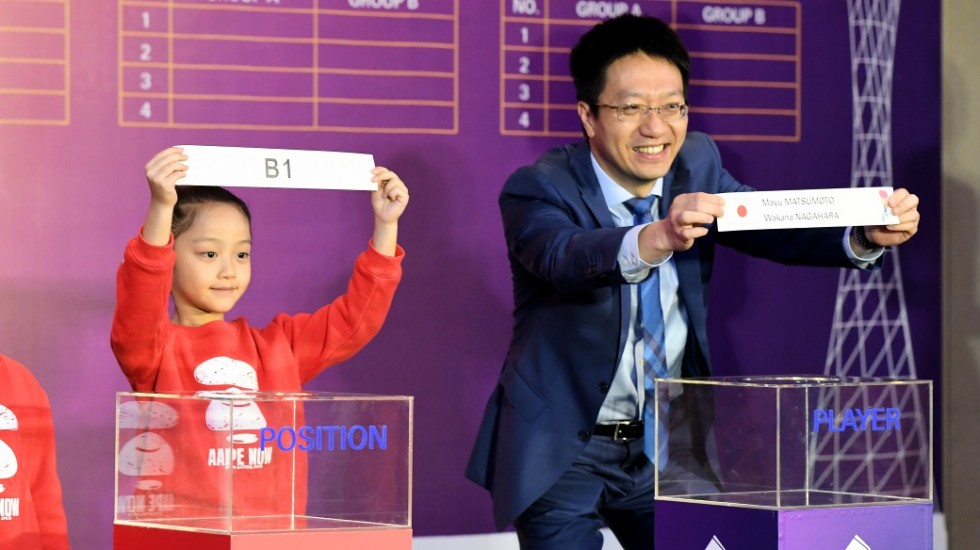 World Champions in ‘Group of Death’

Men’s Doubles world champions Li Junhui/Liu Yuchen found themselves in combustible Group A, which could well turn out to be the ‘group of death’ at the HSBC BWF World Tour Finals 2018.

“It’s an interesting group,” said Rasmussen. “We have the world champions and the world No.1 and the young Chinese pair who are very good, and of course we won the China Open as well, so it’s a tough group, but we are looking forward to it.”

Gideon/Sukamuljo, winners of eight World Tour titles this season, are favoured to defend their title, but the presence of Han/Zhou in their group will test their mettle as the young Chinese pair have beaten them twice this year. 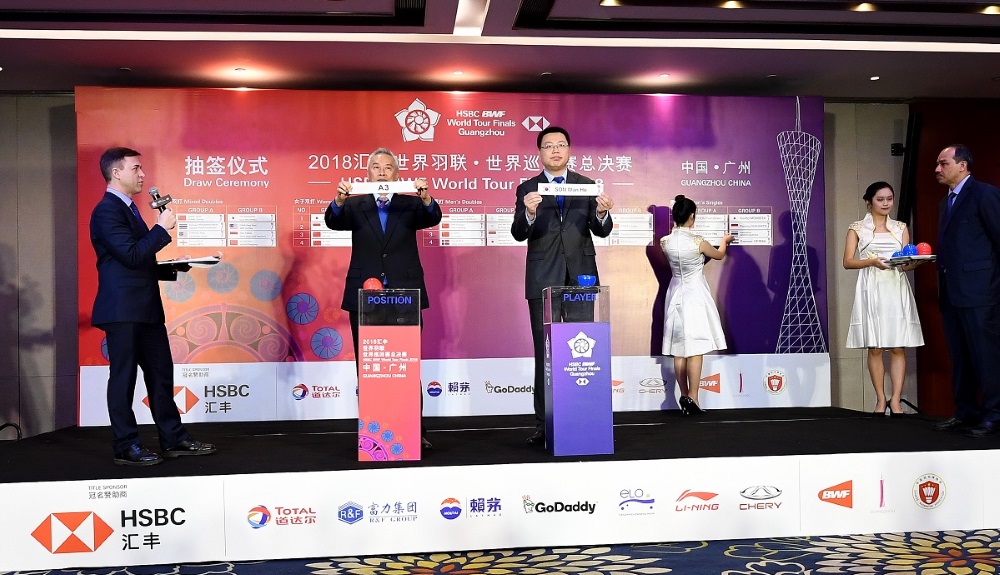 The top two players or pairs from each group will qualify for the semi-finals, after which a knockout draw will be conducted. 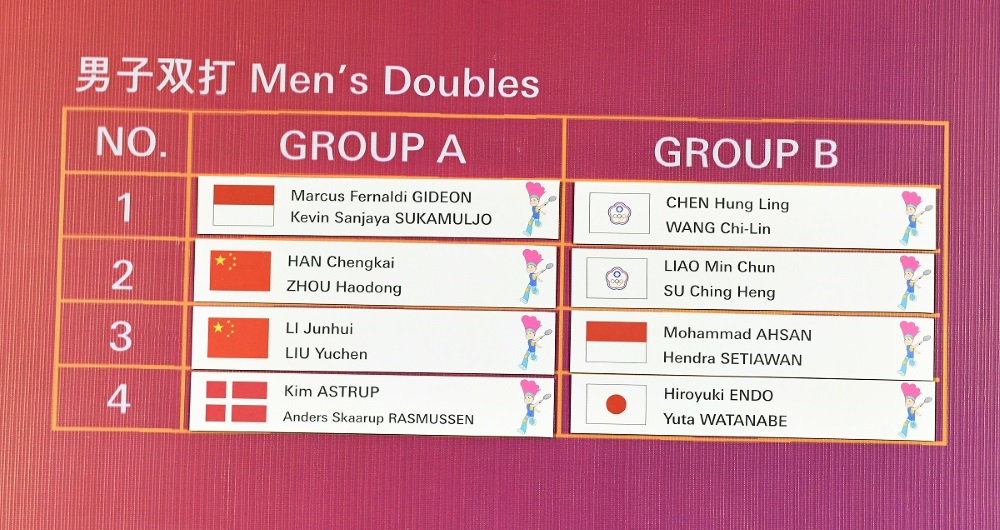 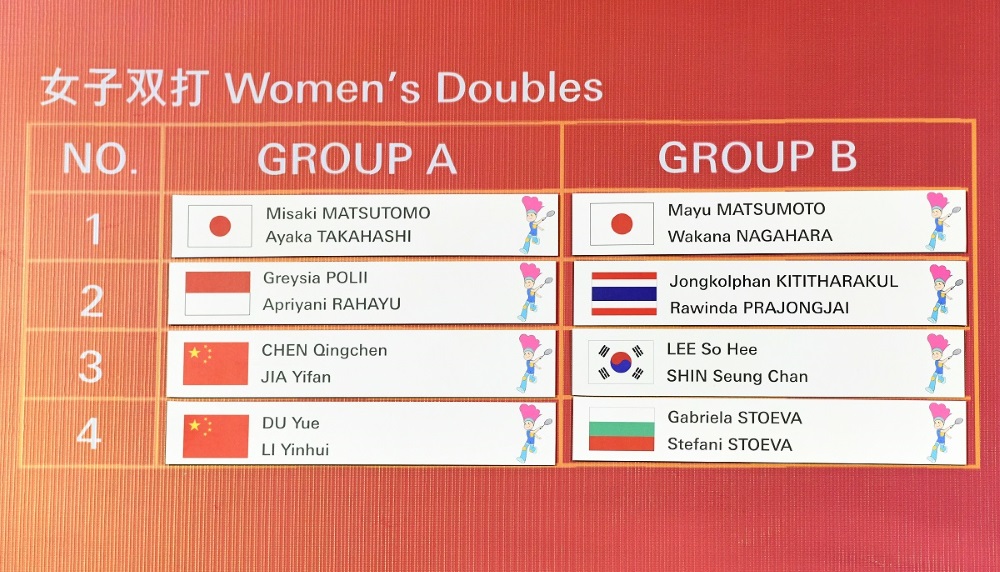 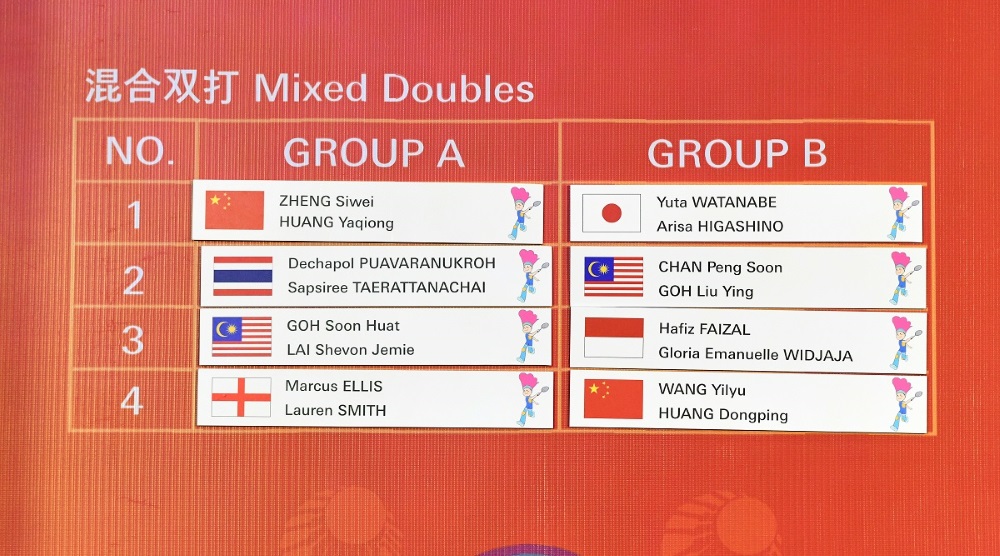