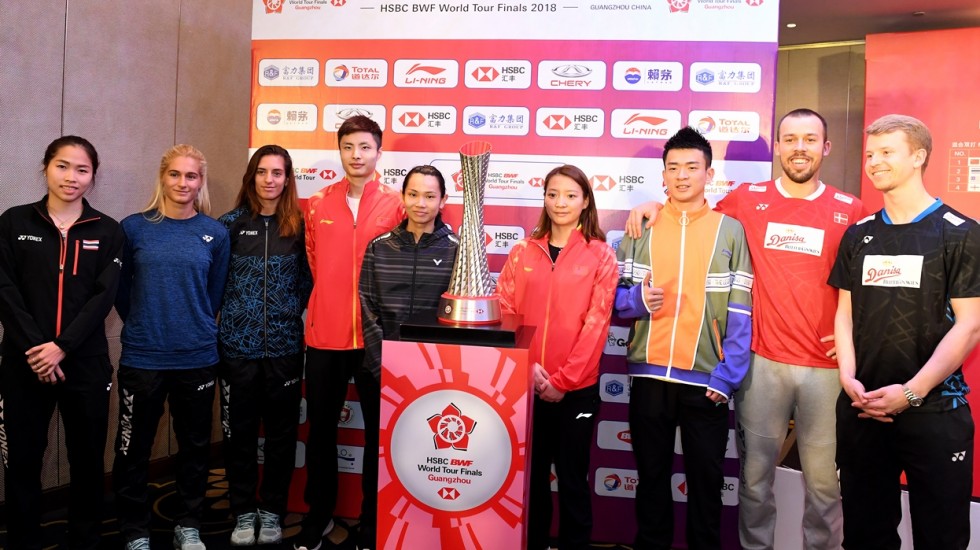 They are here to compete in the HSBC BWF World Tour Finals 2018 but, for about an hour this morning, some of badminton’s best players seemed to be engaged in a poker game – and holding their 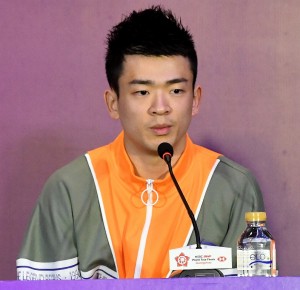 cards very close to their chests.

All vowing to give their best and, almost in unison, calling their draws “tough”, the likes of Mixed Doubles titans, Zheng Siwei/Huang Yaqiong; Women’s Singles top gun, Tai Tzu Ying, and Bulgarian sisters, Gabriela and Stefani Stoeva, made it clear they mean business this week in Guangzhou but held off details on how they propose to tackle the opponents against whom they have been drawn in the tournament’s group stage which starts on Wednesday.

However, Zheng did concede that they are “preparing different strategies” according to who they meet. Other than that, he limited his comments to liking the draw since China’s two Mixed Doubles duos (Wang Yilyu/Huang Dongping being the other) are on opposite sides.

Also kept apart in the draw – in Women’s Singles, that is – were Tai and her Thai rival, Ratchanok Intanon, but neither addressed that fact which was certainly not lost on fans. The latter is hoping to give another strong account of herself at Tianhe Gymnasium; the scene of her historic World Championship success as an 18-year-old in 2013. As for Tai, who has enjoyed another outstanding season, she hopes to close with her third Finals crown, having won twice in Dubai.

Meanwhile, Denmark’s Anders Skaarup Rasmussen was a bit more forthcoming about the Men’s Doubles challenge which he and Kim Astrup face.

“It’s an interesting group. We have the World champions, the world No.1 (pair) and the new Chinese pair who won the French Open and, of course, we won the China Open as well. We look forward to it,” he told media.

Initially cagey, hometown hopeful Shi Yuqi gave a glimpse of his eagerness to triumph before his fellow Chinese when asked about the signature trophy created for the Finals.

“I would like the trophy more if I can get my hands on it!” he quipped in response to the query. 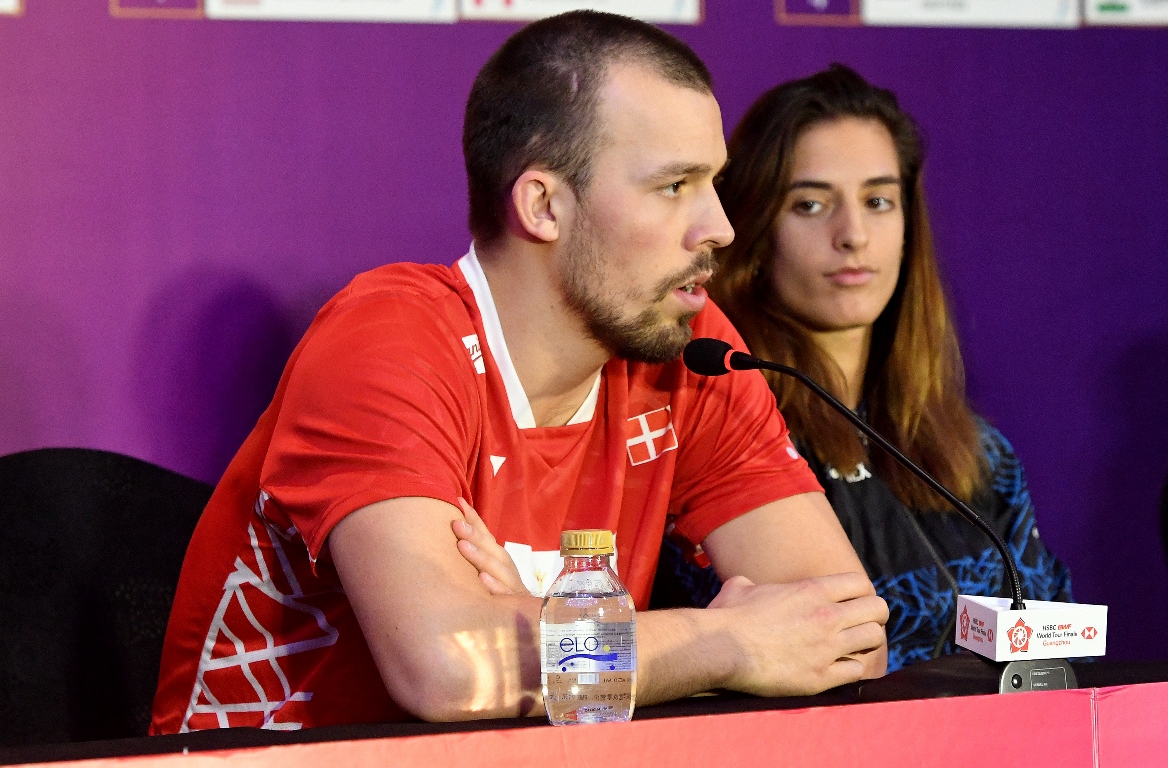 Meanwhile, the Stoeva sisters were happier to discuss the reasons for their improvement in 2018. The European Women’s Doubles champions attributed their results and ultimately their qualification in the HSBC Race To Guangzhou to better physical training and being more patient on court.

“We used to be stressed before. After the World Championships we decided to work on our patience,” explained Stefani.

Her older sister, Gabriela, reinforced their commitment to continuing the hard work which is reaping them rewards. 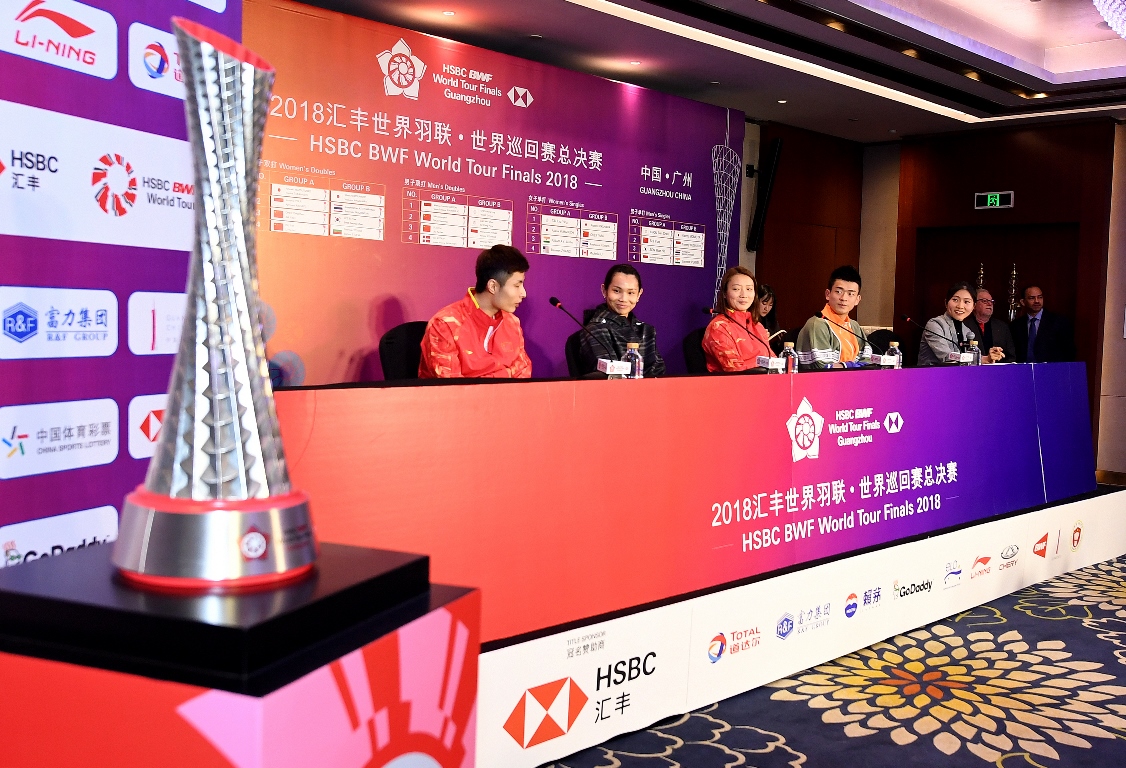 Their European counterparts, Astrup/Rasmussen, reflected similarly regarding their rise in seniority in the Danish camp with Mads Conrad-Petersen stepping away from the sport – perhaps for good – and Mathias Boe opting to train outside the national set-up.

“We have to step up and be leaders in training. It’s a difficult role,” acknowledged Rasmussen, with Astrup adding the impetus is on them “to keep fighting and improving”.