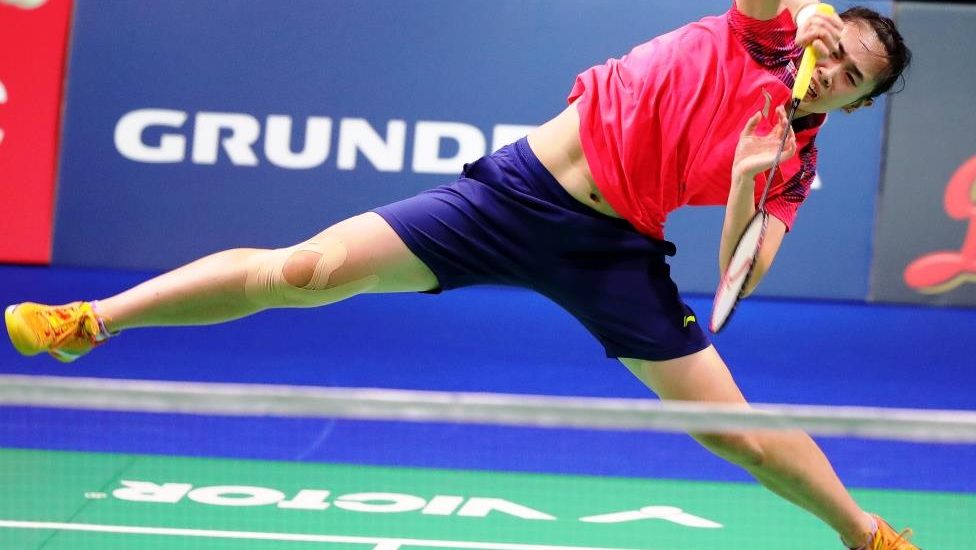 There will be new champions in four categories as all but one of last season’s winners tumbled out of the DANISA Denmark Open 2018 – Presented by VICTOR in today’s second round. 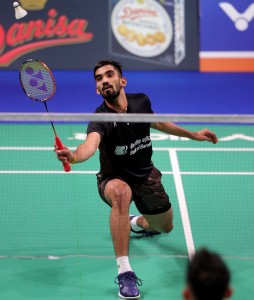 Shock reverberated around Odense Sports Park as the stellar players who savoured success a year ago failed to reach the quarter-finals of the Super 750 tournament; only Kidambi Srikanth still holding onto his Men’s Singles title…for now.

Ratchanok Intanon’s indifferent form continued to haunt her; the Women’s Singles title-holder perishing at the hands of Cai Yanyan (featured image). The young Chinese beat the Thai star 22-20 22-20. Meanwhile, Lee So Hee/Shin Seung Chan surrendered their Women’s Doubles crown in equally hard-fought circumstances. It was India’s Ashwini Ponnappa/N. Sikki Reddy who had the pleasure of uprooting the Korean queens, 18-21 22-20 21-18, in an hour.

In Men’s Doubles, Liu Cheng/Zhang Nan’s aspirations of a repeat victory evaporated versus their fast-rising Chinese team-mates, Han Chengkai/Zhou Haodong. The young guns rebounded to oust the No.3 seeds 16-21 22-20 21-18. The storyline was the same in Mixed Doubles as Tang Chun Man/Tse Ying Suet could not find the tenacity that took them to the top of the podium in 2017. The No.4 seeds from Hong

The seismic shifts were not limited to defending champions as the hosts suffered major casualties too; the biggest being Odense’s favourite badminton son, Viktor Axelsen, who endured another painful experience at home. The only upside of his defeat was that it was to fellow Dane, Anders Antonsen; one of just three Danish quarter-finalists. The 21-year-old kept his calm, prevailing 21-10 12-21 21-19 in a close decider versus the top seed. 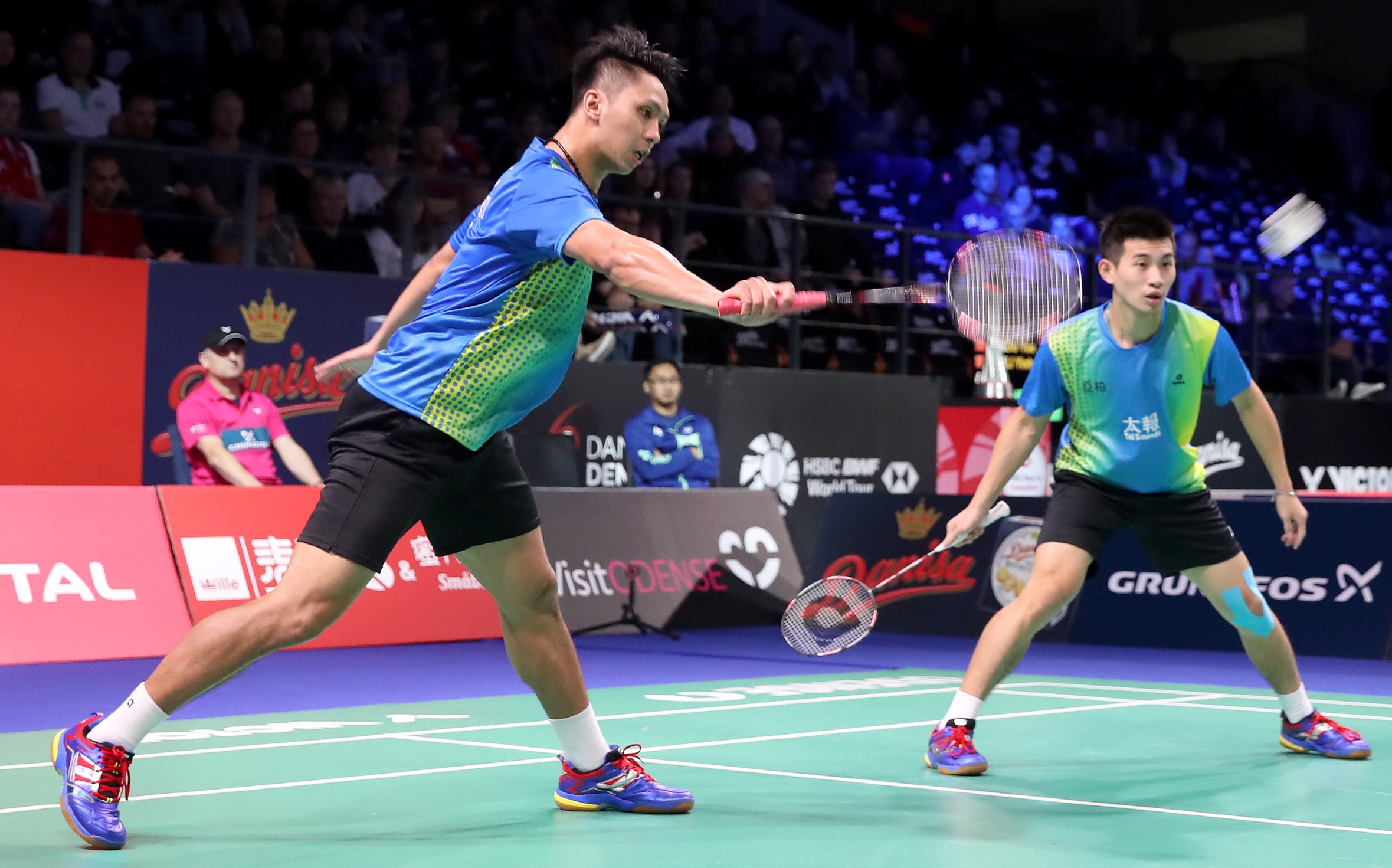 While Denmark may have been weeping, India was rejoicing as a determined Saina Nehwal upset last year’s runner-up Akane Yamaguchi of Japan in Women’s Singles (21-15 21-17). Nehwal’s Men’s Singles peers rose to the occasion also. Title-holder Srikanth fought back against China’s Lin Dan (18-21 21-17 21-16) while Sameer Verma produced another weighty performance to take down Asian Games king, Jonatan Christie of Indonesia (23-21 6-21 22-20). 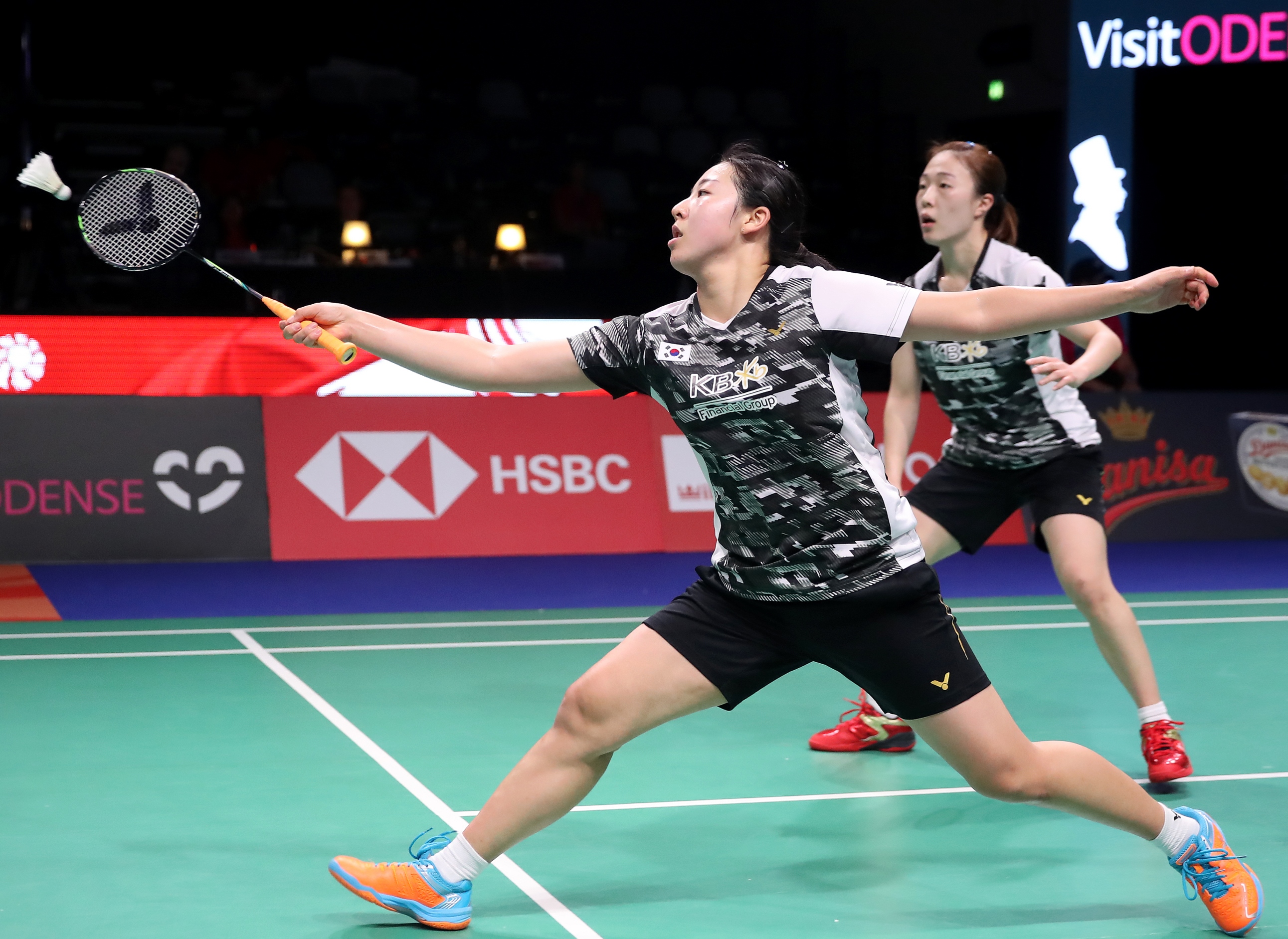