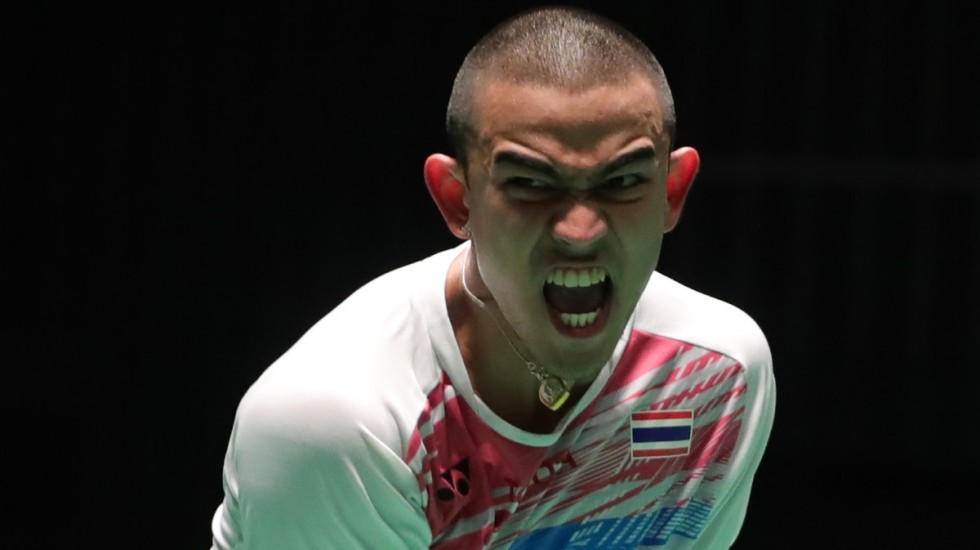 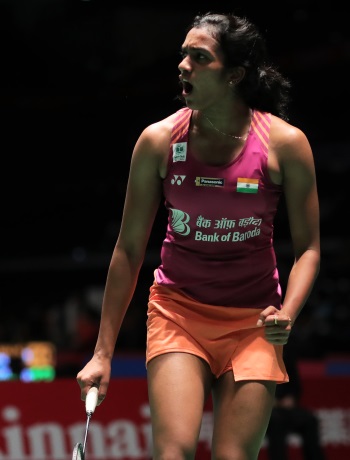 The World No.26 (featured image) seized his opportunities in the Men’s Singles first round match, surging from 13-all in the opening game to take it 21-18, and then fighting off a second game deficit. Shi appeared to have things under control as he went 12-4 and 19-14 up, but Phetpradab enjoyed a swing in fortunes, taking five straight points. Although Shi saved three match points, Phetpradab converted on his fourth opportunity: 21-18 24-22.

In the same quarter, China’s Chen Long recovered from a first game loss to Indonesia’s Tommy Sugiarto, overtaking him 12-21 21-17 21-14. He will take on another Thai prospect, Suppanyu Avihingsanon, in the second round.

Indonesia’s Jonatan Christie might have expected a strong showing following his heroics at the Asian Games, where he won the gold medal. However, the Indonesian couldn’t get going against India’s HS Prannoy. After a narrow first game loss, Christie trailed throughout the second and fell 21-18 21-17.

Former Japan Open champion Lin Dan struggled to get going against Thailand’s Kantaphon Wangcharoen before making his way past him in three games to set up a second round clash against Chinese Taipei’s Chou Tien Chen.

There were a few prominent casualties in Women’s Singles: USA’s Beiwen Zhang was shut out in just 36 minutes by Chinese youngster Chen Xiaoxin, 21-13 21-12, while Canada’s Michelle Li was also shown the door by another Chinese prospect, Cai Yanyan, in 30 minutes. 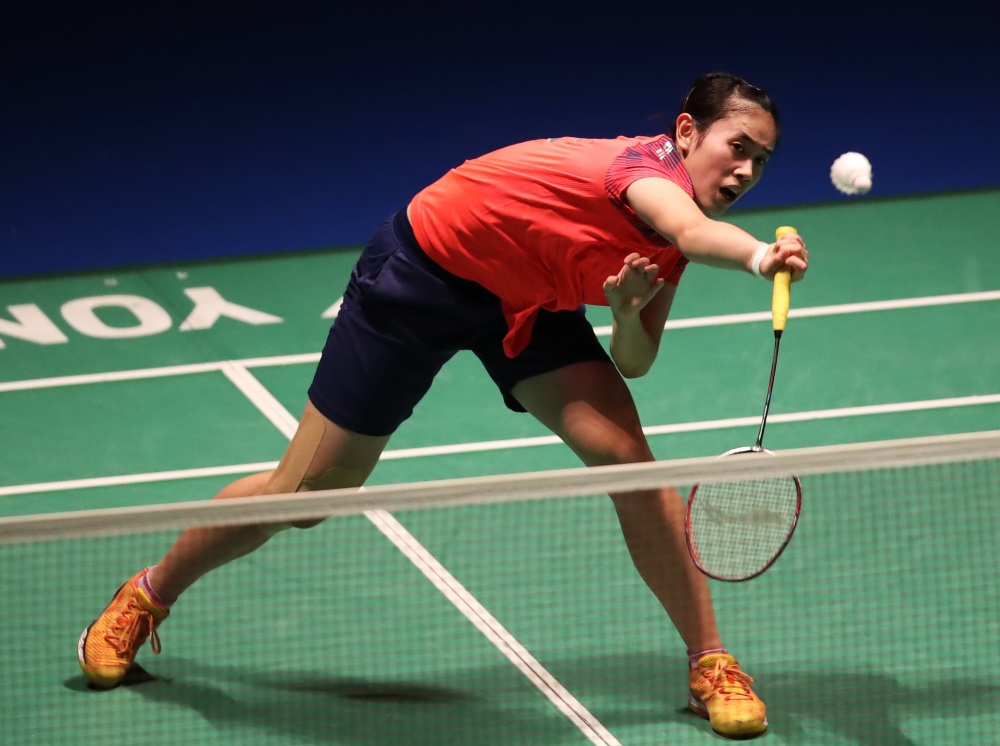 Recent US Open winner Minatsu Mitani (Japan) stormed to an opening game lead over Thailand’s Ratchanok Intanon but couldn’t maintain her momentum as Intanon bounced back: 17-21 21-9 21-15 in 58 minutes.

Another first-round casualty was Scotland’s Kirsty Gilmour, who lost a close first game to Thailand’s Pornpawee Chochuwong before her challenge fell away: 21-18 21-7.

There were no big surprises for the home players, although it did not all go their way. Apart from Mitani, Sayaka Takahashi also crashed out, in a three-game battle to India’s Pusarla V Sindhu, 21-17 7-21 21-13. Saena Kawakami could not contain defending champion Carolina Marin (Spain), who brushed her aside 21-7 21-12.

However, 2015 champion Nozomi Okuhara and Sayaka Sato, in the top quarter, Aya Ohori, in the second, and Akane Yamaguchi, in the fourth quarter, all progressed. 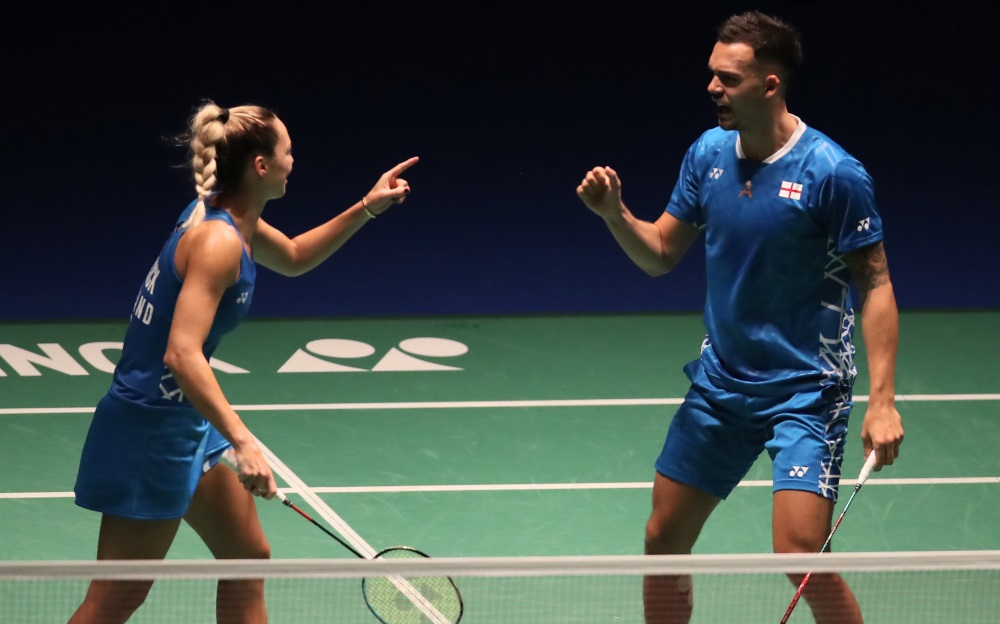 In the same quarter, All England champions Yuta Watanabe/Arisa Higashino received a walkover in their opening match and will face Asian Games runners-up Tang Chun Man/Tse Ying Suet. The Hong Kong pair were untroubled by Ireland’s Sam Magee/Chloe Magee in a 21-13 21-15 result.

Seventh seeds Chris Adcock/Gabrielle Adcock (England) had the toughest match in the category on the day against China’s Lu Kai/Chen Lu. The England pair just about took the opening game after the two pairs were locked at 16-all; after the Chinese had made it a game apiece, the Adcocks established an early lead in the decider and held it despite their opponents steadily climbing back. The 21-18 18-21 21-16 result helped the England duo make the second round against Indonesia’s Praveen Jordan/Melati Daeva Oktavianti, who held off Dutch pair Robin Tabeling/Cheryl Seinen 21-15 22-20.