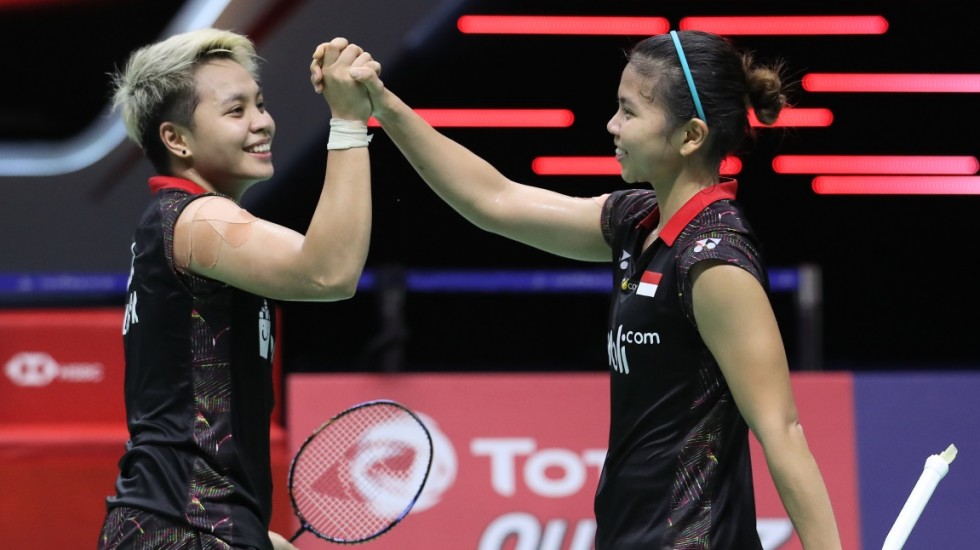 Rahayu and Polii celebrating their win over Misaki Matsutomo and Ayaka Takahashi in 2018. 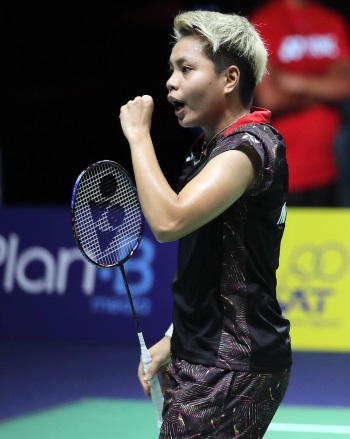 Takahashi, and then dedicated their TOYOTA Thailand Open 2018 title to Polii’s ex-partner Nitya Krishinda Maheswari who’d pulled up injured during their quarter-final.

Following the 21-13 21-10 Women’s Doubles victory over the Japanese for their first win in six encounters, Polii paid tribute to Maheswari, who was stretchered off court on Friday with a possible achilles tendon injury.

“I would like to dedicate this to my ex-partner Nitya Krishinda, who was injured in the quarter-finals against us,” said an emotional Polii. “I want to give this to her. It was at the Thailand Open in 2013 that Nitya and I won our first title. I know how she feels and I feel deeply sad for her. I wish her a speedy recovery. My heart goes out to her.”

Through the most part of their 53-minute final, the Indonesians dominated the Japanese, with Rahayu’s powerful smashes from the back piercing their defences. Even when Matsutomo and Takahashi forced the long rallies, it was the Indonesians who came on top, and the Japanese were unable to find an answer on the day.

“We just tried to keep learning from previous our matches,” said Polii. “We just want to keep training. We had nothing to lose against them. And of course we really wanted to win. We’ve lost to them five times so this time we decided to go in with a new attitude and win the title.” 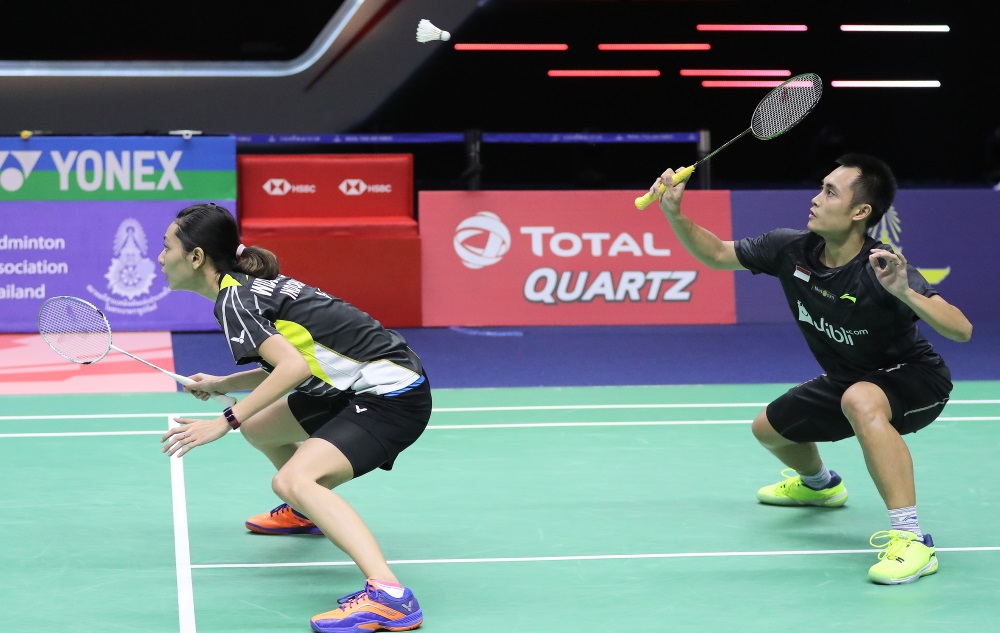 It was a good day for Indonesia as they won both the doubles finals they featured in.

Hafiz Faizal and Gloria Emanuelle Widjaja achieved their first title together with a surprisingly quick 21-12 21-12 result over top seeds Chris Adcock and Gabrielle Adcock in the Mixed Doubles.

The England duo were favoured to win their third title of the year but it all went awry from the start. The Indonesians rattled off the points quickly and the Adcocks were unable to find any momentum. With Widjaja showing fine touch at the net and Faizal troubling the Adcocks with his smash, the second game finished as quickly as the first.

“I’m very happy that we got our first title after nine months of our partnership,” said Widjaja. “I’m so excited for both of us. Before we went on court, we talked to each other about the importance of staying focussed and consistent and we kept up our communication on court. We will stay positive for the World Championships, keep praying every day and stay humble.” 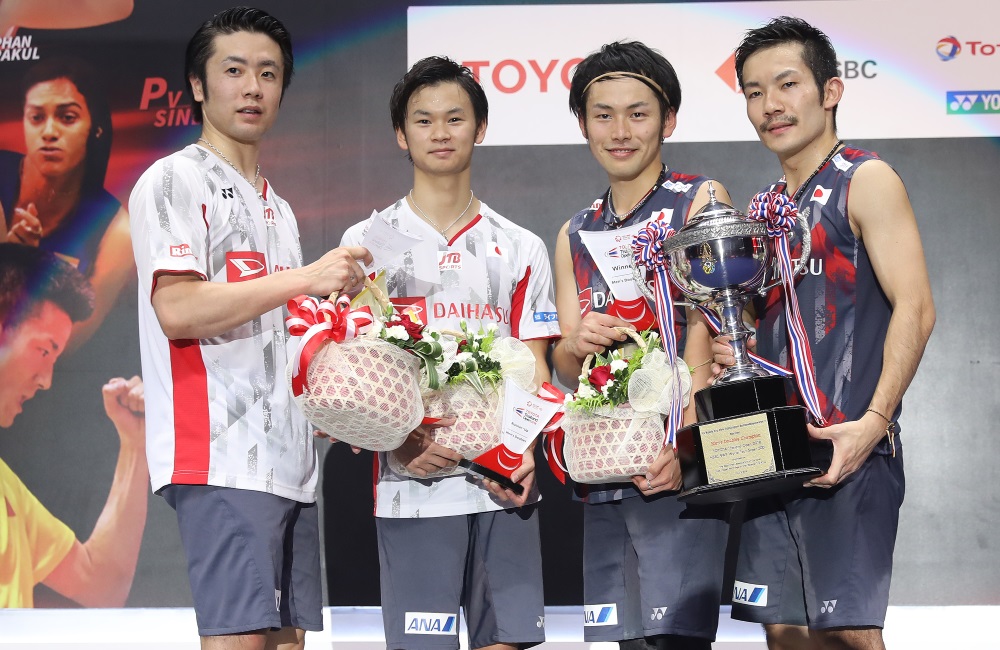 Takeshi Kamura and Keigo Sonoda repeated their performance from the Malaysia Open final two weeks ago against compatriots Hiroyuki Endo and Yuta Watanabe. This time their challengers were more combative, and Sonoda in particular had to work hard in creating the openings with his smash.

Sonoda’s tireless work covered up Kamura to some extent as he was erratic in phases, and Watanabe and Endo pounced on the opportunity to stay ahead in the second game. At 19-16 for the challengers, it looked like a third game was on, but Kamura and Sonoda were sharp when it mattered and reeled off the last five points in succession for a 21-17 21-19 victory.

“It gives us a good feeling to win our second title this year after the Malaysia Open,” said Kamura. “We were under pressure in the second game but we got steady at that point. This will give us confidence for the World Championships. Last time we were bronze medallists; this time we’d like to do better and hopefully get the gold.”