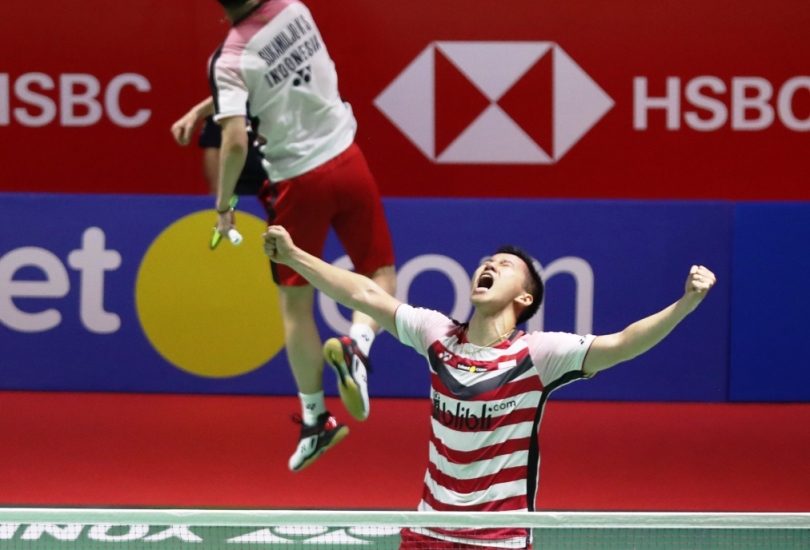 The standard-bearers of Indonesian badminton stood tall inside Istora Senayan today, bringing more honour and glory to their country as the curtains closed on the BLIBLI Indonesia Open 2018.

“We are so happy. This victory is for the people of Indonesia,” said the exuberant top guns, after adding a second Super 1000 title to their All England championship in March.

The well-oiled machinery into which they transform on court was never threatened by Inoue and Kaneko who were simply pleased to have given a better account of themselves than they did on home court in Tokyo last season when the Indonesians beat them in the final. 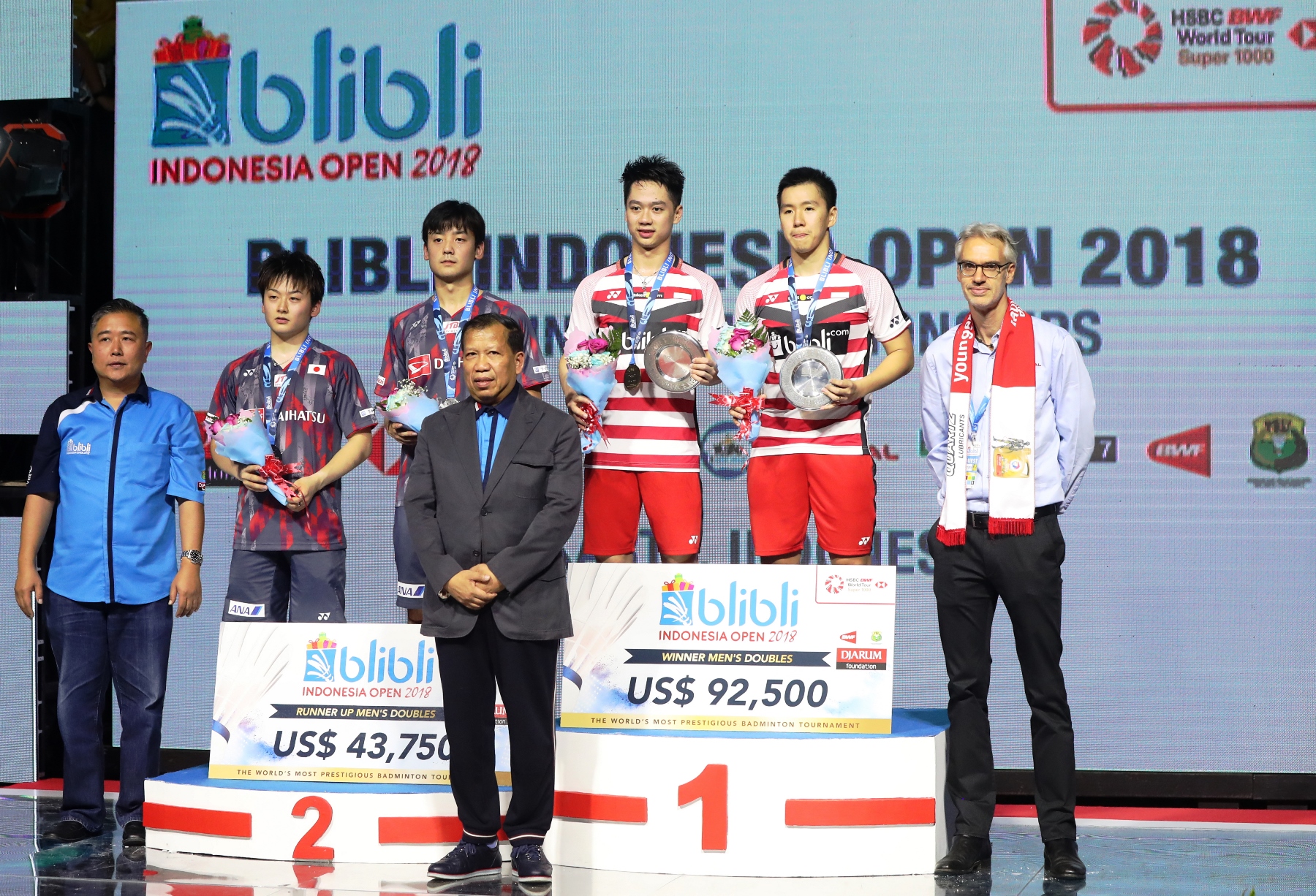 “Though we played better today than in Japan, they are in a higher class than us and we will have to work on getting closer to their level.”

Meanwhile, the repeat of the Rio 2016 Mixed Doubles final had a familiar look to it with Ahmad and Natsir standing atop the podium after completing their mission – 21-17 21-8 – to finally win inside the famous Istora Senayan (Natsir no longer thinks it’s haunted!). Their success last season was at Jakarta Convention Center where Indonesia Open was held due to renovations at Istora.

“We had the belief that we could fight and win. This might be the last time for me at Istora and I am pleased to finally win in this venue,” said Natsir who is considering retirement.

The 32-year-old veteran player – a four-time World champion – will decide on her future at season-end. 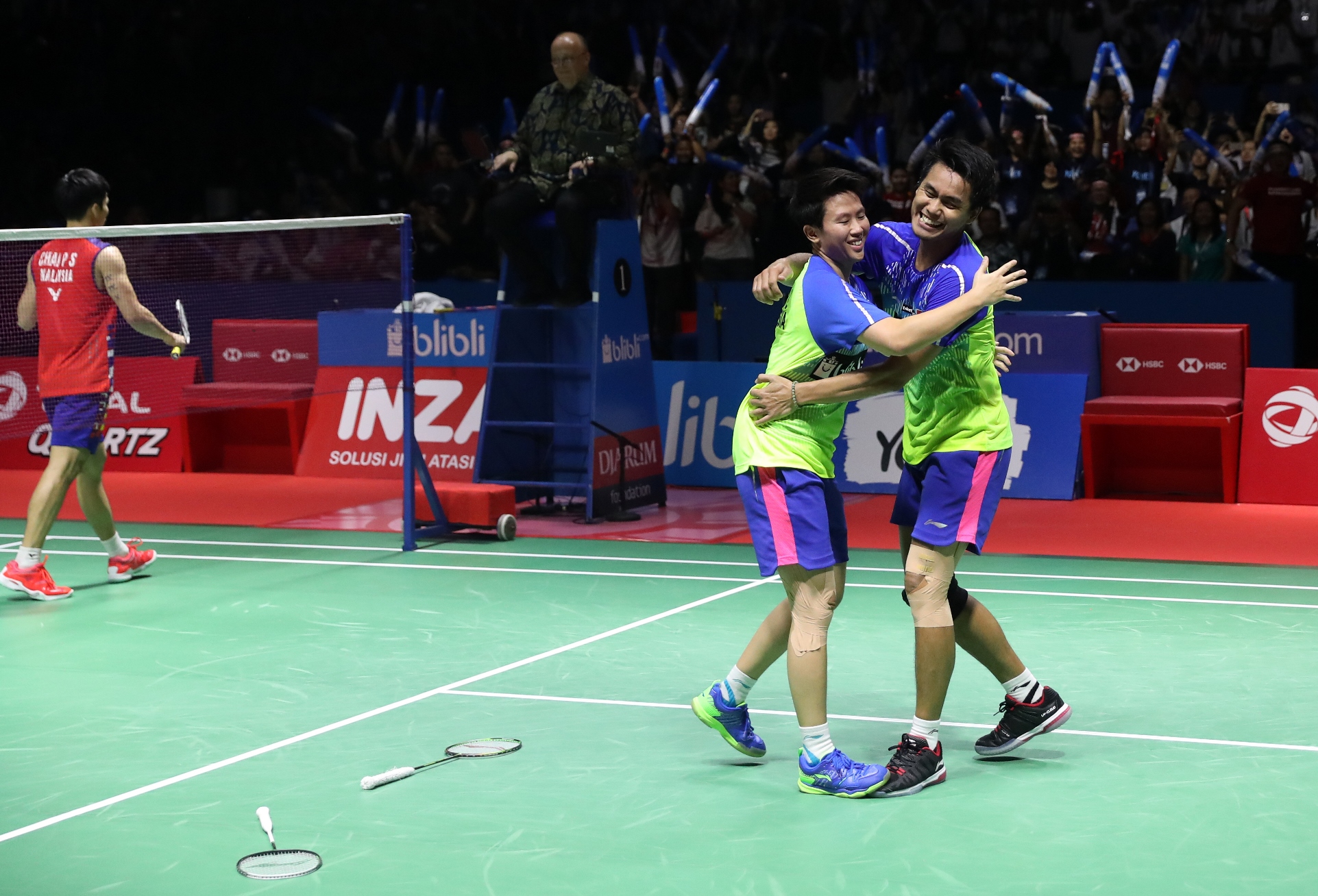 Meanwhile, when asked about their poor head-to-head record versus the Indonesian star pair – which stretched to 10-1 today – Goh showed she still had a sense of humour.

“I hope we can make it 10-2 before Liliyana retires,” she said to laughter from media.

On a serious note, she explained that the winners changed their service in the second game, mixing high and low serves “which had us confused”. Despite the result, the 29-year-old was happy to be able to compete in five rounds of a high-level tournament after returning from another injury break in January.

The Women’s Doubles title went to Yuki Fukushima and Sayaka Hirota. The in-form partnership battled past their Japanese team-mates, Mayu Matsumoto and Wakana Nagahara: 21-14 16-21 21-14 in 56 minutes.

Regarding their rise to prominence over the past year, the BWF Most Improved Players for 2017 said they are taking their success in stride and trying not to let expectations stress them. Having reached world No.1 status in mid-June, Fukushima and Hirota are eyeing other major goals this season, including winning the World Championship and the Asian Games. 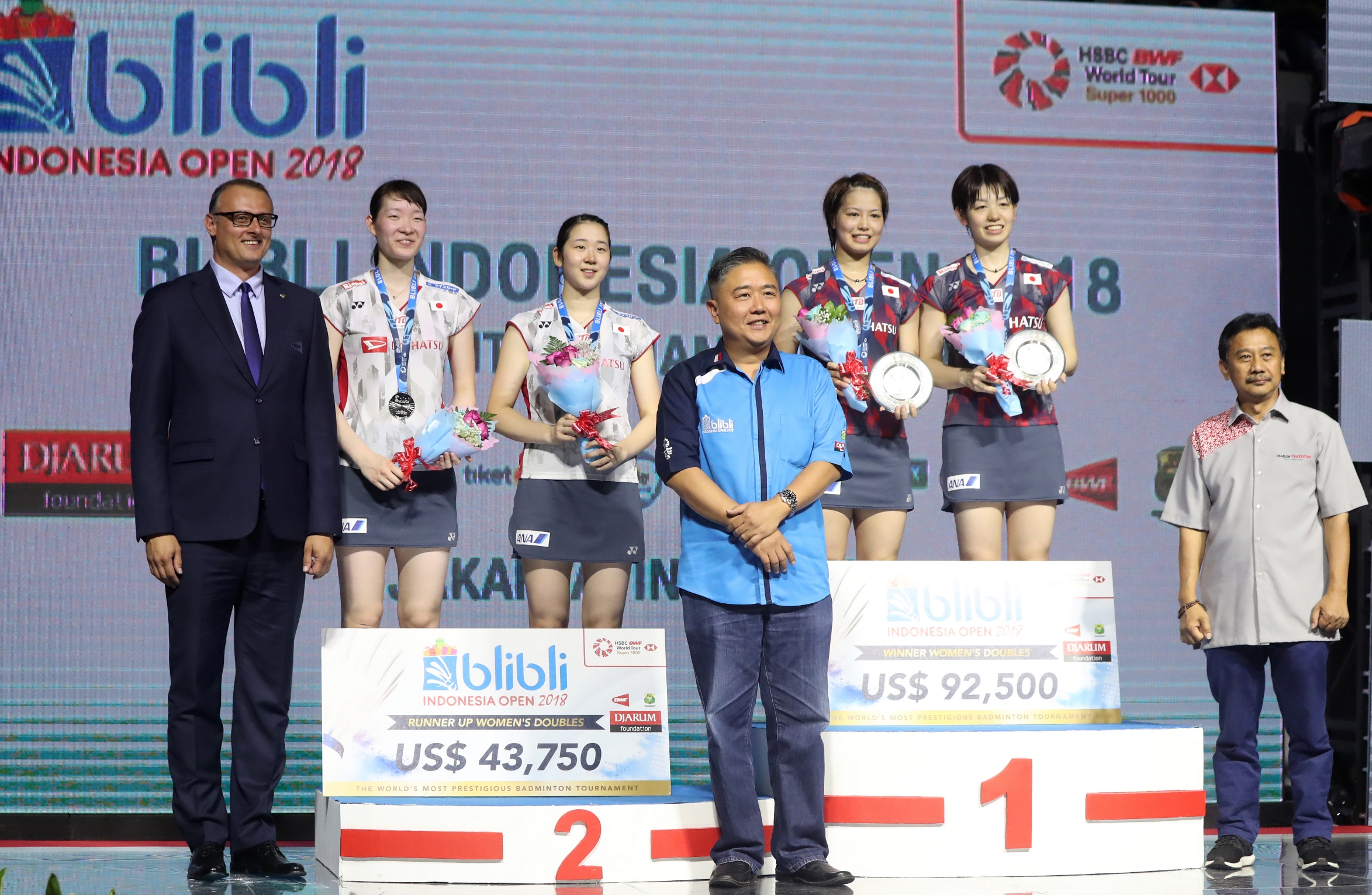