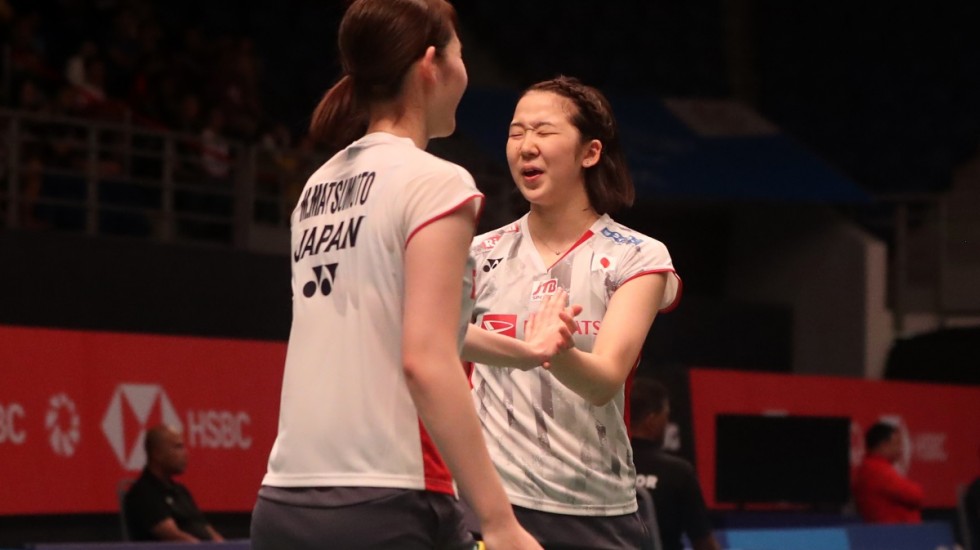 Matsumoto and Nagahara (featured image), the latest of Japan’s gems that have been unearthed and who have had a meteoric rise over the past year, unsettled the All England champions with their attacking play and cantered through in rather comfortable fashion in their Women’s Doubles second round, 21-16 21-15, in 43 minutes. 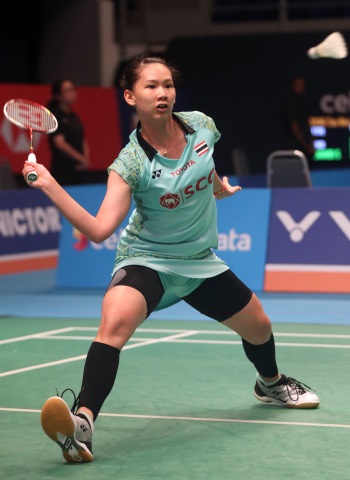 Pedersen had high praise for her vanquishers: “We love to do our best in Malaysia, but it was difficult for us to find rhythm today. Our opponents are strong; we played them in the All England semi-finals and knew it would be tough. All the Japanese pairs are strong. These two are good in the attacking game, the tall girl (Matsumoto) has a good power smash. They have a good defence and good feeling on court.”

It didn’t all go Japan’s way, however. Dubai champions Shiho Tanaka and Koharu Yonemoto were edged out in a tight finish by Korea’s Kim Hye Rin/Kong Hee Yong; the Japanese failing to convert a match point after leading through most of the third game.

Chochuwong counted her upset of Okuhara as the best result of her career: “I just went for every shot she played. I knew that if I played fast, I would not be able to control the game, but if I slowed down and played with control, I could try to get her to follow my game. To beat the World champion is a big thing and I’m very happy with my performance today.”

Chochuwong’s victory gave her a quarter-final date with her senior Ratchanok Intanon, who eased past another Thai, Nitchaon Jindapol. In the bottom quarter, second seed Akane Yamaguchi (Japan) shot past India’s Saina Nehwal 21-15 21-13 and will next face China’s He Bingjiao. 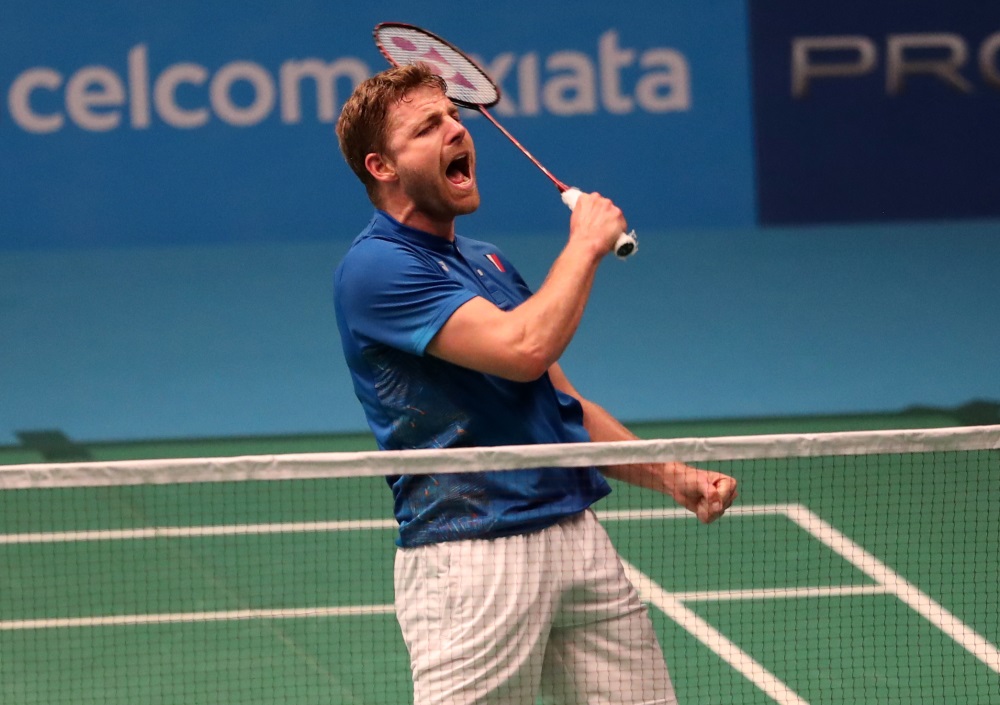 Among the close matches of the day was Frenchman Brice Leverdez’s victory over Indonesia’s Jonatan Christie, 10-21 21-17 25-23. Leverdez trailed by a bit in the third before catching up, and even though he blew his first match point with Christie at his mercy, he kept his head and converted on his third opportunity.

“I did exactly the same thing two weeks ago against the Korean guy (Heo Kwang Hee) at the US Open in the first set,” recalled Leverdez, asked about his missed match point.  “I rushed too much, and after that I told myself to relax and play safe. It was tough mentally to come back and I’m happy I kept my focus.” 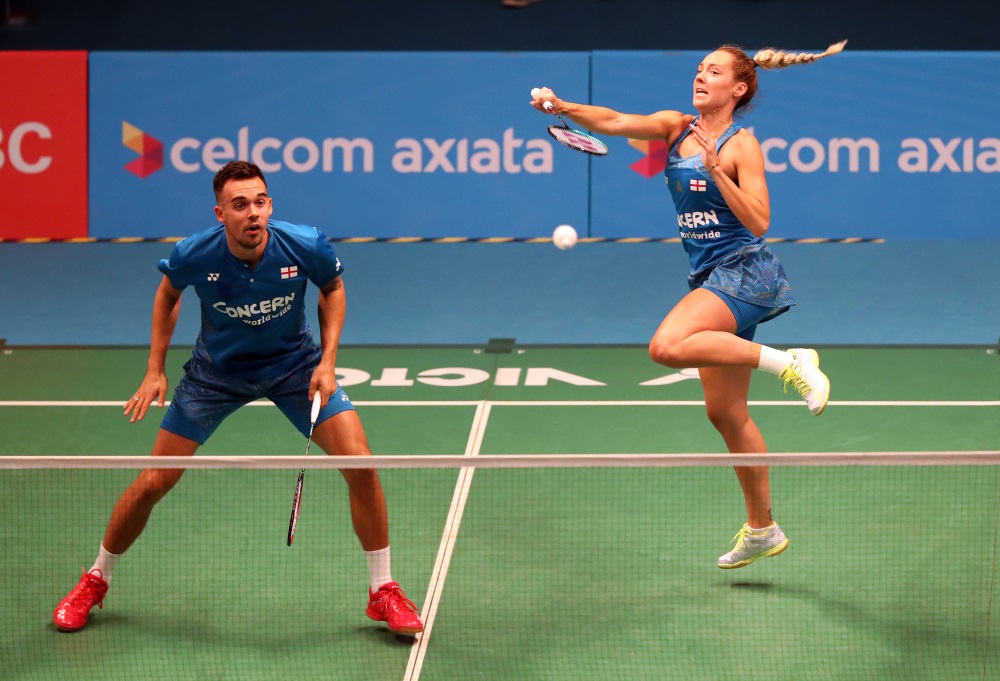 “With Zhang Nan, you expect a tough battle but we caused him a lot of problems, because we were solid and sharp early on and executed our plan well. We’re really happy that we did that each rally,” said Gabrielle Adcock.