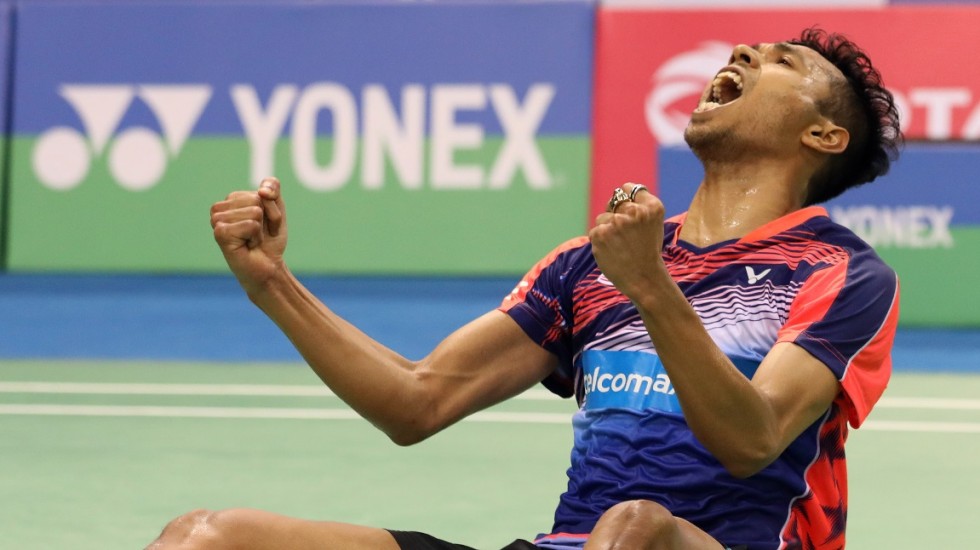 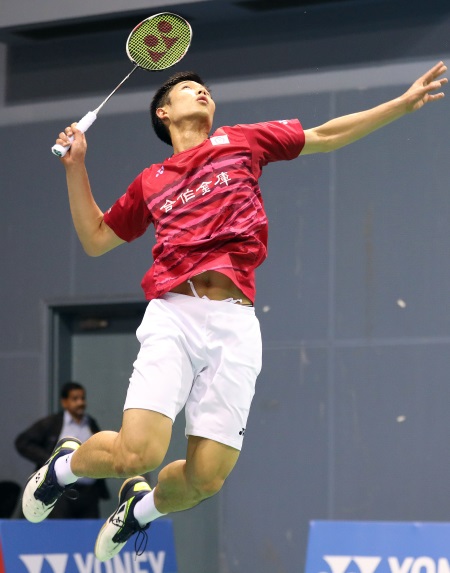 Kidambi was a strong contender for the title that he won in 2015, but Zulkarnain proved his match with a stout defensive performance that Kidambi struggled to breach. The Indian lost the match faltering at the death in both games, 21-19 21-17, and Zulkarain, who had contemplated retirement this year, revealed that the victory had given him a fresh dose of confidence.

“This is my biggest win,” said Zulkarnain (featured image). “Last year I suffered a back injury. I feel good because there is a lot of pressure from my fans in Malaysia, and I did my best today.

Zulkarnain said that a slipped disc that he suffered in January last year had affected his morale and his performance: “I had a slipped disc last January and needed six months’ rest. I started again in September. In 2015 I was ranked No.21, but because of the injury my ranking went down, so I was quite sad. I told my coach this year might be my last. I planned to go all out this year.

“I know Srikanth is very tough, he’s very good in attacking and netplay, but I just played my game, I just wanted to return all the shuttles. I didn’t have any expectations for this tournament, I only wanted to beat higher ranked players.”

The Malaysian qualifier runs into another Indian, Sameer Verma, in the quarter-finals. Among others in the last-eight are India’s Parupalli Kashyap and Sai Praneeth, China’s Shi Yuqi and Qiao Bin, and Chinese Taipei’s Chou Tien Chen. 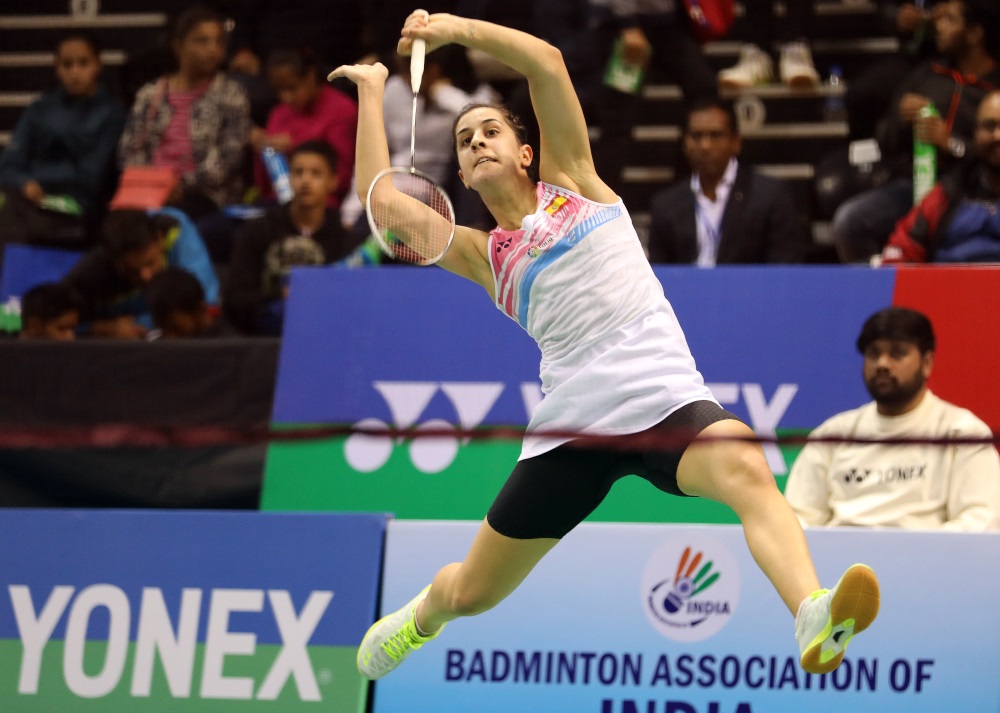 Carolina Marin warded off China’s latest threat to take her campaign into the Women’s Singles quarter-finals.

Marin had been upstaged by Gao Fangjie at the China Open last year and was better prepared for the lanky Chinese. Yet, Gao surprised her with a strong start, taking the first game, and threatened to erase a 13-5 deficit in the second. However, the Spaniard was her combative best with Gao inching close, and despite losing six points in a row after the mid-game break, kept up the attacking pressure to take the match to the third game. Gao fought gamely but fell away towards the end; allowing Marin to finish the match comfortably after 83 minutes: 15-21 21-15 21-11.

“It was a tough game; I’d lost to her in China,” said the Olympic champion. “Today it was a new game, I had to keep my focus. In the first game, I made some some mistakes after the interval. But it was important to keep going and show to her that I really wanted to win today. As you can see, Women’s Singles is tough. I feel like any player in top 12 can win any tournament. So we have to be ready for any game. 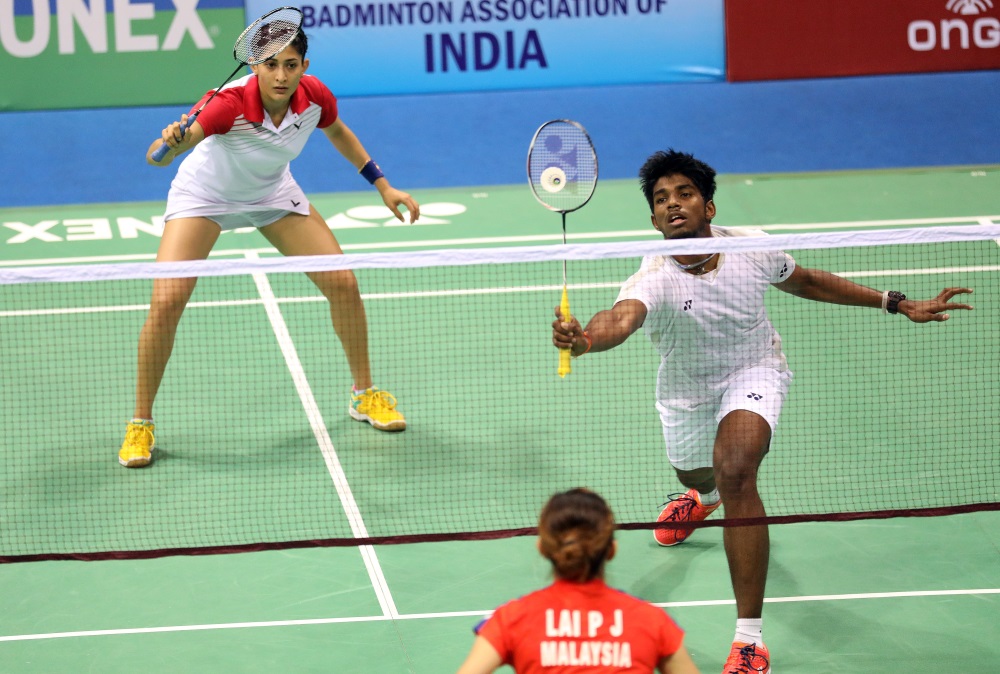 “My performance is not 100 percent. It will be for the All England. Last year was hard because of the injuries. After Rio my body felt it needed a break. I feel I’m more motivated now, I just want to keep improving. That’s the key until the All England.”

In the top half, defending champion Pusarla V Sindhu (India) set up a quarter-final showdown with Marin’s compatriot Beatriz Corrales, while former India Open champion Ratchanok Intanon also made the quarter-finals, where she will play Hong Kong’s Yip Pui Yin.

The hosts had a fairly successful day in Mixed Doubles, with their two top pairs – Pranaav Jerry Chopra/Sikki Reddy and Satwiksairaj Rankireddy/Ashwini Ponnappa – making the quarter-finals in contrasting styles. Rankireddy and Ponnappa survived a topsy-turvy encounter against third seeds Tan Kian Meng/Lai Pei Jing, 21-16 15-21 23-21. The Malaysians were 16-20 down in the third but picked off five points in a row before the Indians extracted the error and then got lucky as Lai Pei Jing got in the way of a Ponnappa flick serve that she tried to avoid.

“Yes, it was crazy,” said Ponnappa. “That flick serve worked, that was the tricky one. She (Lai) was serving well and we were a little desperate, and then you don’t play your strokes well, and you’re reactive… fortunately we got that break we needed.

“It all boils down to patience, and trusting and believing. Because the more desperate you are, you don’t really think, you get tense and you don’t move. It’s important for us to hang in there and be calm.” 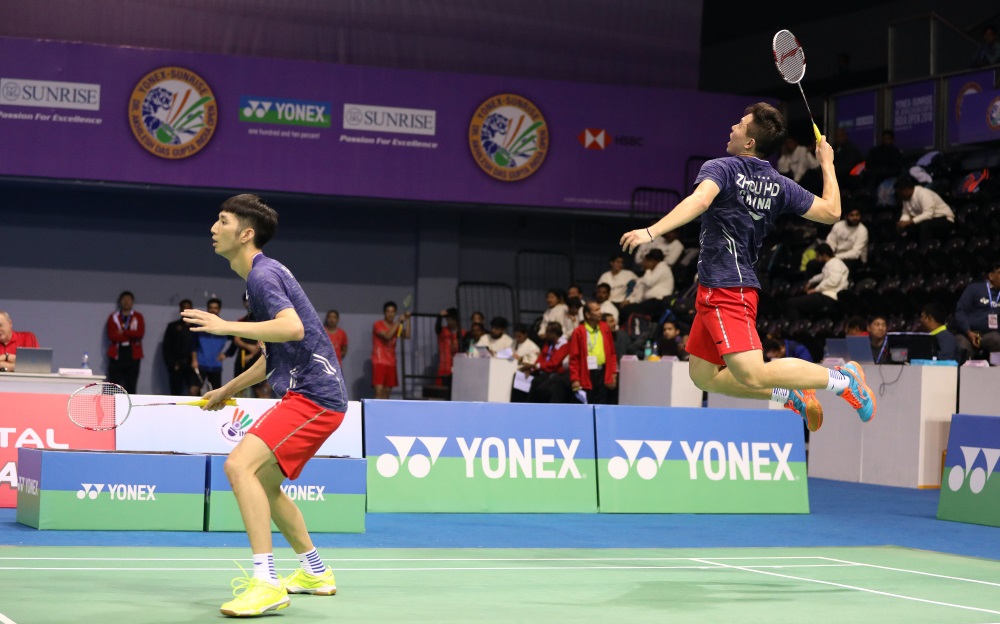 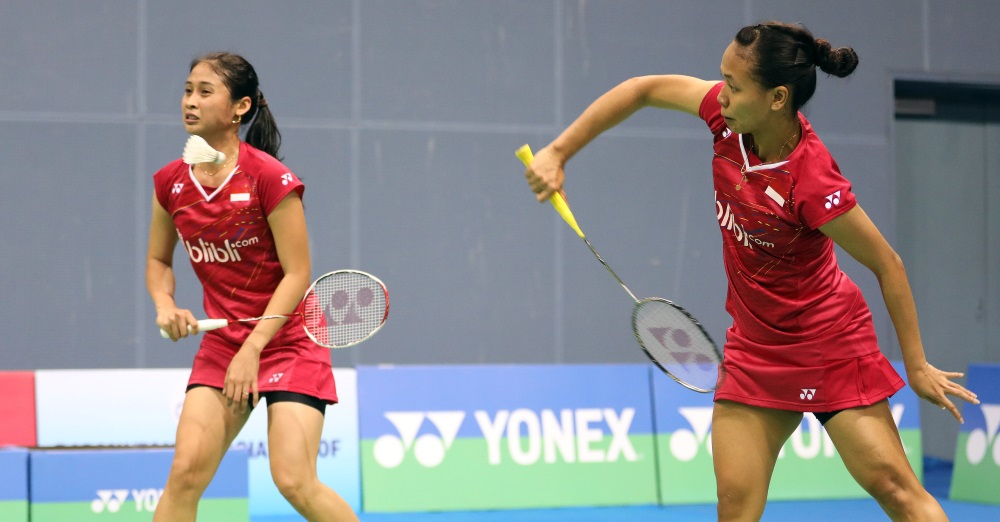