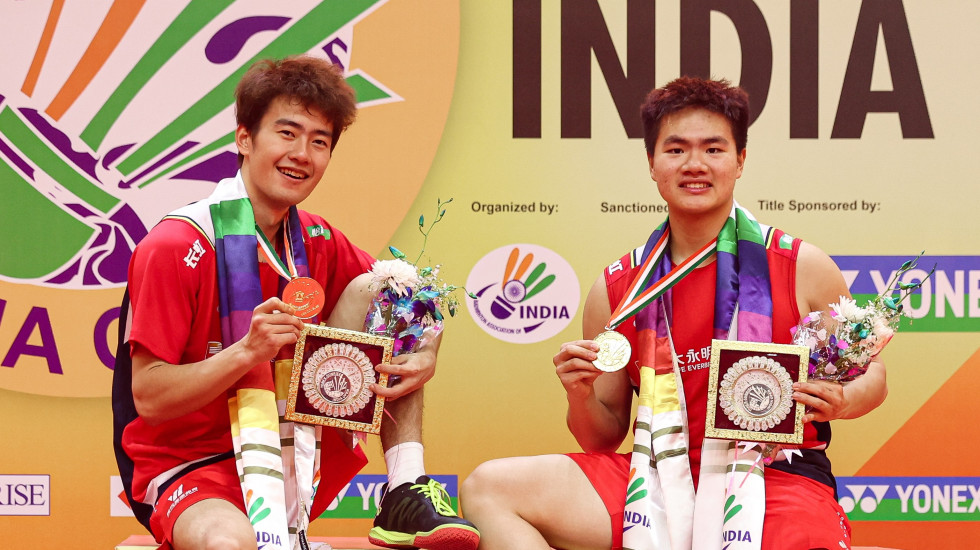 Liang Wei Keng and Wang Chang’s performances over the last eight months have been nothing short of a sensation.

With their YONEX SUNRISE India Open 2023 win on Sunday, they continued to blaze the trail they lit up less than a year ago.

When they teamed up in May 2022, Liang hadn’t played international badminton for two years. Wang Chang, who’s had a fan following since his junior days, had middling results with partner Di Zi Jian.

Yet, at only their second event together, at the Indonesia Masters 2022, they came through qualifying to finish runners-up, beating along the way such pairs as Liu Yu Chen/Ou Xuan Yi, Aaron Chia/Soh Wooi Yik, and Marcus Fernaldi Gideon/Kevin Sanjaya Sukamuljo.

Then at the Malaysia Masters 2022, another giant-killing run ensued, with the qualifiers felling Choi Sol Gyu/Kim Won Ho and then-world champions Takuro Hoki/Yugo Kobayashi, before falling to Mohammad Ahsan/Hendra Setiawan in the semifinals.

They didn’t have to wait long for their first World Tour title – it came at the Japan Open in September. Once again the list of victims was impressive: Lee Jhe-Huei/Yang Po-Hsuan, Ahsan/Setiawan, Fajar Alfian/Muhammad Rian Ardianto, Choi/Kim and in the final, Kim Astrup/Anders Skaarup Rasmussen.

This year, after finishing runners-up at the season-opening PETRONAS Malaysia Open 2023, Liang and Wang went all the way in India, outwitting world champions Aaron Chia/Soh Wooi Yik in the final in a come-from-behind effort. The Chinese appeared to be fading at 7-12 when they turned things around.

Adapting to the Malaysians’ quick game at the forecourt, the Chinese replied in kind, staying sharp on the flat, rapid exchanges. From the back, they were, like other top Chinese pairs, able to throw in enormous punches, with Liang in particular untiring with his big jump smashes.

“We had a lead, and they suddenly changed their gameplan,” said Chia. “The Chinese players are all quite similar, but they (Liang/Wang) are really strong on their style. They’ve been playing quite well, and they can make changes in the game when required.”

“We were playing quick, they moved up and they were more ready on the first three shots and they caught us a few times,” added his partner.

Whether this young pair’s momentum lasts remains to be seen, for men’s doubles now has an extremely competitive field, with at least the top 20 pairs capable of beating each other. For the moment, Wang Chang was content with having won the India Open as a present for Chinese New Year.

“It’s double delight as we won the title and it’s Chinese New Year,” said Wang. “The Malaysians are tough opponents but we came through as we have been improving day after day.”