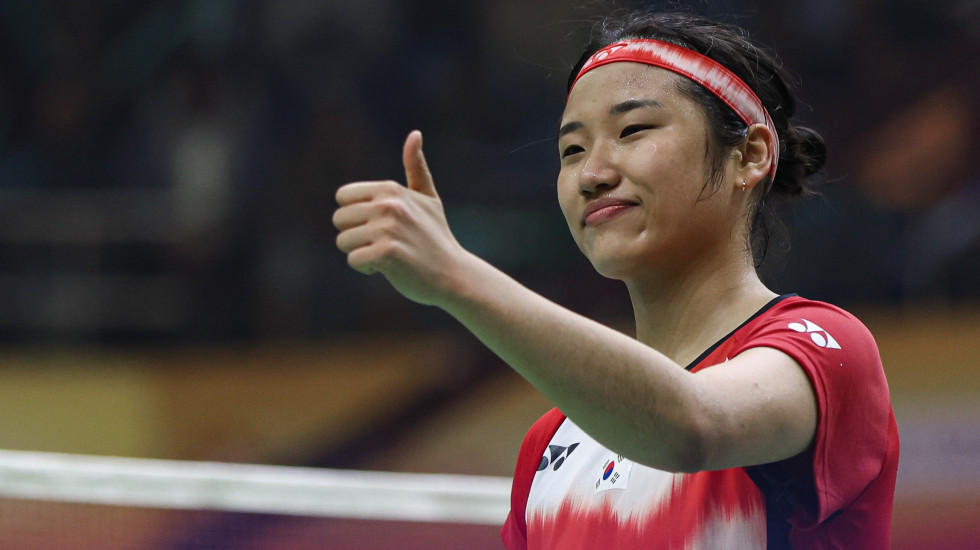 It isn’t often that Akane Yamaguchi‘s game unravels in the third game of a long match. Yet, faced with the unrelenting consistency and defensive stonewalling of An Se Young, the two-time world champion fell apart in the latter stages of the final at the YONEX SUNRISE India Open 2023.

An Se Young’s rising career graph saw another spike, with the Korean striking back after four straight losses to Yamaguchi. That, and her semifinal defeat of He Bing Jiao for the first time, meant that the Korean has taken a few more strides towards dominating women’s singles, which otherwise has been a closely-contested battleground between the top eight or so players.

On Sunday, after an even second game, Yamaguchi’s game fell quickly. Was it the cumulative physical effort of the last two weeks, or had An Se Young made a dent in the mental infallibility of the world No.1?

Yamaguchi had a word of appreciation for her vanquisher. “An Se Young is in the same position as me as she played ten matches in two weeks, but she could keep her concentration quite well, so I’m impressed with that,” she said.

“It was good to be in the final. I played quite solid in the first game, but from the second I lost my focus. The shuttles were quite slow, and I could control the rallies well. But in the final game, my endurance wasn’t good enough. Of course I wanted to be champion, but am satisfied with the second place.”

As for the champion, the India Open victory adds to her impressive resume.

“I knew the match would be long. So even after I lost the first game I was prepared to play three games. It was a fast game, and both of us were pushed hard. I played quick in the first game, and then I decided to play at a slower pace and focussed on cutting down on mistakes.

“I was enjoying my match and that helped. While I lost the last four matches to Akane, I kept learning from those losses.”