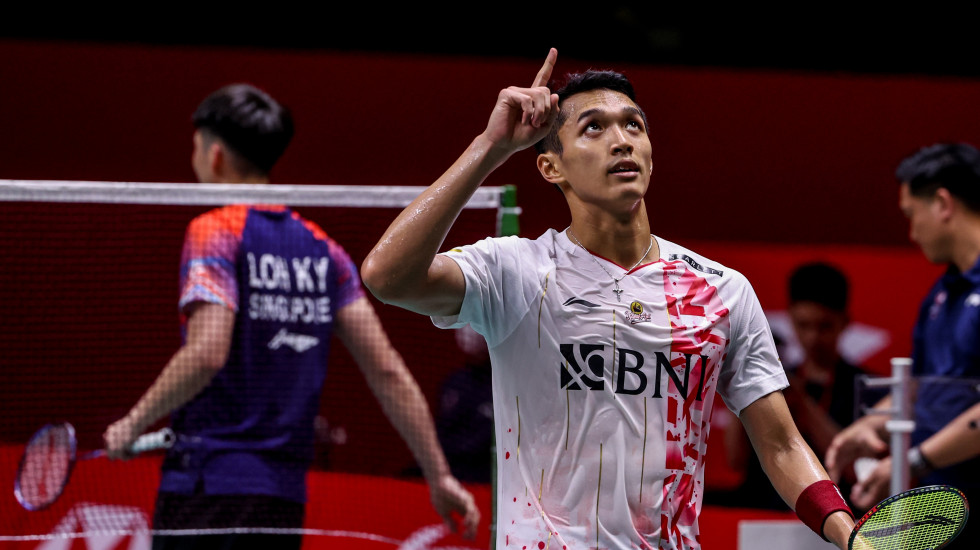 Indonesia’s Jonatan Christie kept his chances alive of progressing to the knockout stage of the HSBC BWF World Tour Finals 2022 with a gutsy victory over Singapore’s Loh Kean Yew.

The world No.5 saved two match points in the second game before overpowering Loh in the third.

Here was his reaction:

“I thank God that I’m still alive and I’m still in the competition. It’s still all to fight for tomorrow. I want this and I want to go to the semifinals. Loh played really well. I watched his match against Chou and he’s unbelievable. He’s got speed, power, and defence. He’s pretty perfect.

“I had some opportunities in the first game but I thought he played well. In the second game, I tried my best and it worked. I really don’t know how I beat Loh today. Each time I play him it’s a tough match. When I played him in Manila earlier this year, the conditions were almost the same with a lot of drift and fast shuttles. It’s not easy to play Loh.

“I think I still have 90 per cent left in the tank. I’ll recover today and hopefully, tomorrow, it’s a full tank.”