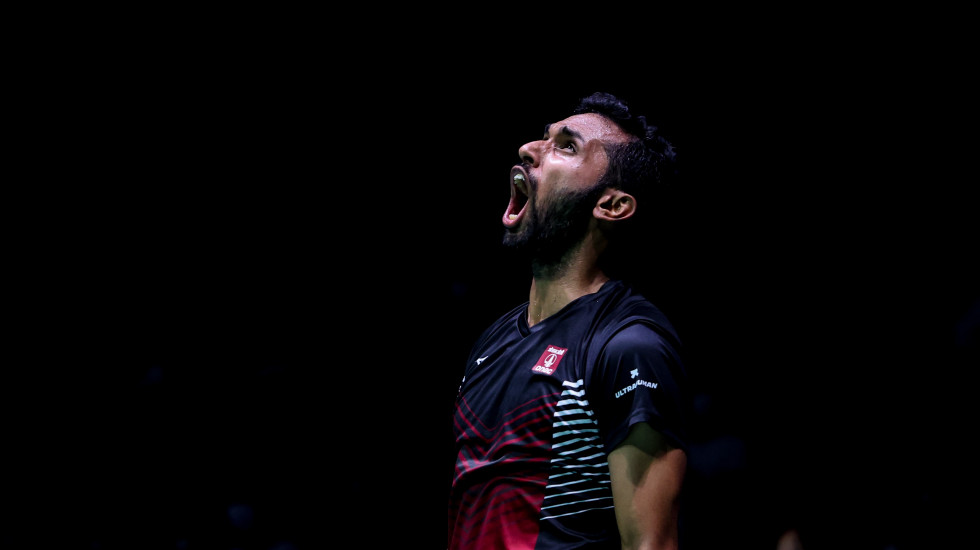 There are the runaway favourites, and then there are the others. The HSBC BWF World Tour Finals 2022 (7-11 December) is all set to get underway in Bangkok, and few will be surprised if the following winners emerge at the end of it: Viktor Axelsen, Chen Qing Chen/Jia Yi Fan and Zheng Si Wei/Huang Ya Qiong.

Such has been the nature of their dominance this season.

Yet, the World Tour Finals might well produce the unexpected. All the competitors have had sufficient rest after their last World Tour event, and will be fresh for the season finale. With the holiday season beckoning, the competitors will throw in their best shot before resetting themselves for the next season.

In men’s singles, while Axelsen is the imposing favourite, the field below the big Dane is even. Players like Chou Tien Chen, Jonatan Christie and Loh Kean Yew have had consistent results and will be expected to do well. However, the dark horse could well be HS Prannoy, who plays a fearless sort of game and has the penchant for producing the big upset. While the Indian hasn’t won a World Tour event this season, his improved performance, besides his experience of the big stage, make him the player to watch.

Both women’s singles and men’s doubles have an even field. Women’s singles has evenly matched players in Akane Yamaguchi, An Se Young, Chen Yu Fei and He Bing Jiao; Tai Tzu Ying and Ratchanok Intanon might not have matched the results of their past years, but their track record alone makes them equal contenders. Neither of the two remaining contenders – Busanan Ongbamrungphan and Gregoria Mariska Tunjung – quite fit the profile of a “dark horse”, but it will be interesting to see the impact they can make.

Although Fajar Alfian/Muhammad Rian Ardianto have had a standout year in men’s doubles, their competitors are not too far behind, with pairs like Ahsan/Setiawan, Liu Yu Chen/Ou Xuan Yi, Kim Astrup/Anders Skaarup Rasmussen, Takuro Hoki/Yugo Kobayashi and Aaron Chia/Soh Wooi Yik having proved themselves.

The dark horses in this category could be the pair that haven’t won an event this year, but are capable of matching the best on their day – Ong Yew Sin/Teo Ee Yi. Having finished runners-up at the SATHIO GROUP Australian Open 2022, the Malaysians will be riding a good spell of form going into Bangkok.

Women’s doubles is remarkable for the fresh faces it has produced this year in the top 10. The top three – Jeong Na Eun/Kim Hye Jeong, Zhang Shu Xian/Zheng Yu and Benyapa Aimsaard/Nuntakarn Aimsaard – only emerged this year as frontline pairs.

Pearly Tan/Thinaah Muralitharan’s YONEX French Open win gives them an edge going into Bangkok, while Apriyani Rahayu/Siti Fadia Silva Ramadhanti, who return after an ankle injury to Rahayu, are among the favourites.

Like Axelsen in men’s singles, Zheng Si Wei/Huang Ya Qiong have hit stratospheric heights, and it will be a tough ask even for other accomplished competitors like Dechapol Puavaranukroh/Sapsiree Taerattanachai and Wang Yi Lyu/Huang Dong Ping to get past them.

While the other contenders showcase experience (Goh Soon Huat/Lai Shevon Jemie, Tan Kian Meng/Lai Pei Jing) and youthful energy (Rinov Rivaldy/Pitha Hanintyas Mentari and Supak Jomkoh/Supissara Paesampran), the pair most capable of causing ripples is Thom Gicquel/Delphine Delrue if they find form. The French duo have had a good year, but without the major tournament title. Can they end the season on a high?