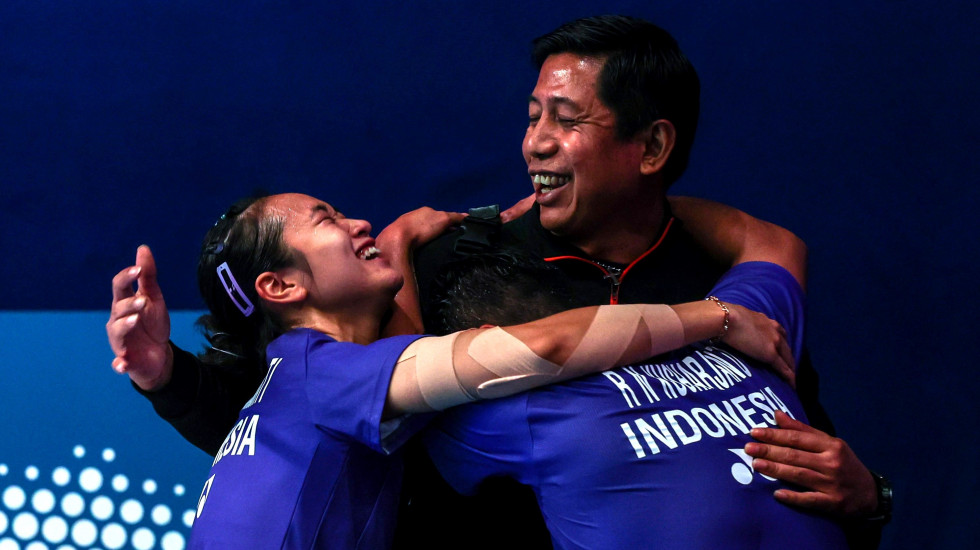 Rehan Naufal Kusharjanto and Lisa Ayu Kusumawati achieved their World Tour breakthrough at the HYLO Open 2022, winning their first title in their third final this year.

The Indonesians, who were heartbroken in Paris the previous week after squandering a lead in the semifinals, made no mistake this time as they were clinical in handling the challenge of Denmark Open runners-up Feng Yan Zhe/Huang Dong Ping, 21-17 21-15.

Kusharjanto and Kusumawati had earlier fallen in two finals this year, at the Orleans Masters in April and the Vietnam Open in October. The HYLO Open was only their second title at the senior level, following the Finnish Open (International Challenge) that they’d won in April 2019.

“This is my time winning a title this year in three finals,” said Kusharjanto. “Only here do I get to be champion, so I’m very happy. It’s so emotional for me.”

Among the closely-fought finals was the men’s doubles clash between Chinese Taipei compatriots Lu Ching Yao/Yang Po Han and Lee Jhe-Huei/Yang Po-Hsuan. The higher-ranked Lu/Yang trailed their teammates through most of the third game before catching up at 18. Both pairs had two match points each before Lu/Yang converted their third opportunity for a 11-21 21-17 25-23 result and their first HSBC BWF World Tour title, also their first title since the Prague Open (International Challenge) in October 2016.

“It is incredible, because we were always chasing our opponents, so we just tried to play as best we could,” said Yang Po Han.

“It’s all mental, we just tried to push for the third game and then maybe we’d get the chance.”

There were two other same-country finals. China’s Han Yue won her first title of the season beating compatriot Zhang Yi Man 21-18 21-16 in the women’s singles final, while Thailand’s sister-duo Benyapa Aimsaard/Nuntakarn Aimsaard got the better of senior compatriots Jongkolphan Kititharakul/Rawinda Prajongjai for the first time in five matches, 21-18 18-21 21-17.

“Previously when we played them, we felt pressure on the court because we were playing against our teammates who were also our seniors,” said Nuntakarn Aimsaard. “This time we were used to it and we tried to stay relaxed and just enjoy every second of the match.”