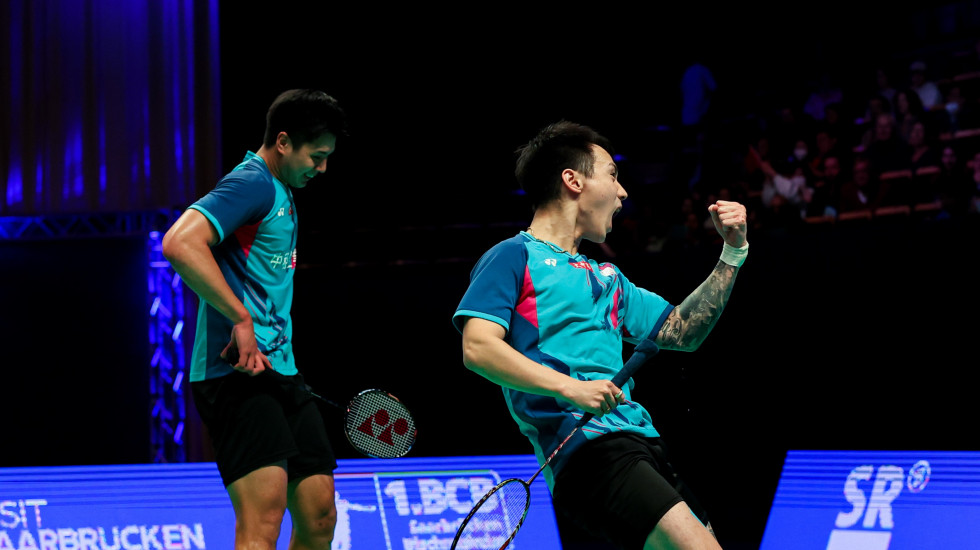 Lu Ching Yao and Yang Po Han’s form continued to hold, as they made their second final in two weeks.

The Chinese Taipei pair, runners-up at the YONEX French Open 2022 last Sunday, overcame Kim Astrup/Anders Skaarup Rasmussen 21-14 15-21 21-14 in the semifinals of the HYLO Open 2022. It was their third win over the Danes in eight matches.

“I’m so happy because the Danish pair is outstanding and we’ve lost a few times to them,” Yang told Badminton Europe. “The key was the faith and the trust in each other. Our new coach offered some new methods and we’ve improved our technique and that’s why we’ve been playing well.”

“They’re playing with confidence at the moment,” said Astrup. “The last two times we met them we played very well and dominated them, but today was more tricky.”

Lu/Yang were joined in the final shortly after by compatriots Lee Jhe-Huei/Yang Po-Hsuan, who made it an all-Chinese Taipei title affair with a straight-games win over Ben Lane/Sean Vendy, 21-9 21-17.

“I really like this city and every time I come back, I come back to my younger me. I feel younger and stronger,” Chou said.