For the longest time, the French Open was not the happiest place for Indian men’s pairs and Malaysian women’s pairs.

Paris had proven a barren land for title harvests until yesterday, when Satwiksairaj Rankireddy/Chirag Shetty and Pearly Tan/Thinaah Muralitharanended their nations’ drought with statement victories at Stade Pierre de Coubertin.

Partho Ganguli/Vikram Singh were the last to taste glory for India until Rankireddy and Shetty’s 21-13 21-19 win over Lu Ching Yao/Yang Po Han.

“We didn’t know it had been that long,” admitted Rankireddy post-match. “We feel great, we worked hard for this. It’s been a dream tournament.”

Rankireddy also revealed how compatriot Kidambi Srikanth’s laptop screensaver of his triumph in 2017 fired him up.

“I liked the pyrotechnics in the background and wanted the same profile picture on my phone. I don’t have a laptop, maybe I’ll buy one now,” said Rankireddy, who will return to the courts at HYLO Open this week with his partner.

“We have been in the room for the past week so we are going to the Eiffel Tower to celebrate. After that, we need to pack and catch our flight to Germany. Back to work tomorrow.”

For Malaysia, Tan/Muralitharan’s success was their first ever in women’s doubles at the competition. To make it sweeter, it comes after the duo almost missed the European leg due to Tan’s injury at the Japan Open in September.

“This win boosts our confidence but there’s room for improvement still. We will go back, train more and come back even stronger,” promised the now healthy Tan after their 21-19 18-21 21-15 win over Mayu Matsumoto/Wakana Nagahara.

The French crown is their second in as many months on this continent following their Commonwealth Games gold medal in Birmingham in August.

“Europe is a good place for us. We feel happy here, there’s always a large crowd in Paris supporting us and that helped during the match,” said Muralitharan. “We are happy we can play at this level but we think we can be better.”

“Every victory makes us stronger, even when things get critical, we believe we can win every match.” – Zheng Si Wei

On being four match points down

“My mind was blank. We just had to go point-by-point. We didn’t think about the outcome.”

“This hurts. The takeaway is we can battle this pair who have been unbeaten for so long and winning everything. But I need at least 12 hours to be proud.” – Robin Tabeling

“Winning the Olympics last year will top everything, however, this year has been absolutely amazing.” – Viktor Axelsen

“I lost the last few matches to her but today was my turn. You can see how many times I dived to reach the shuttle.” – He Bing Jiao 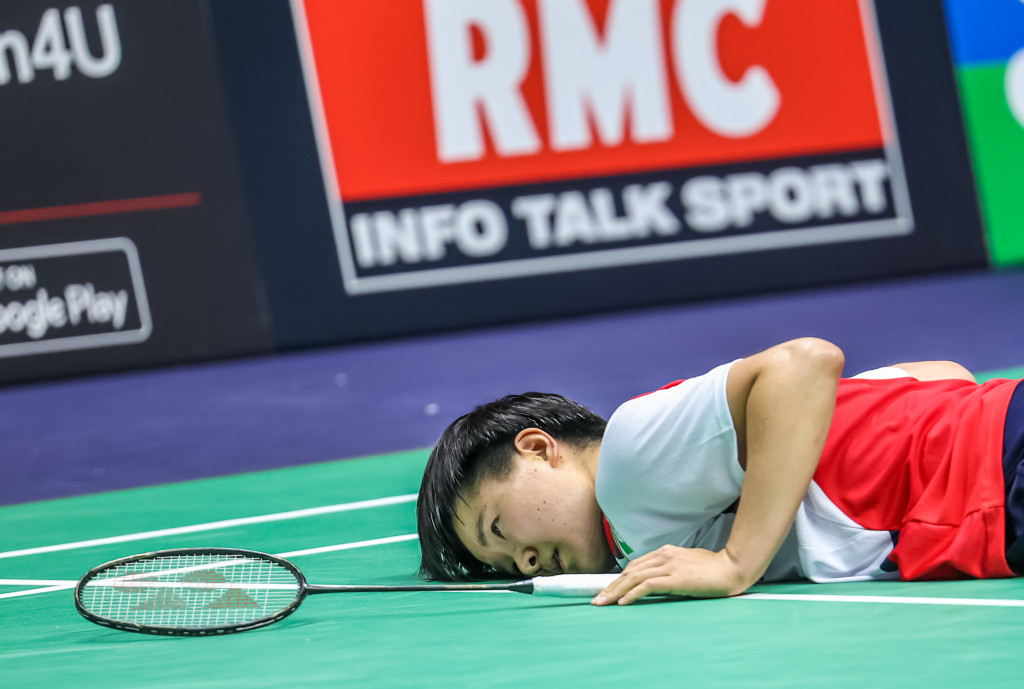