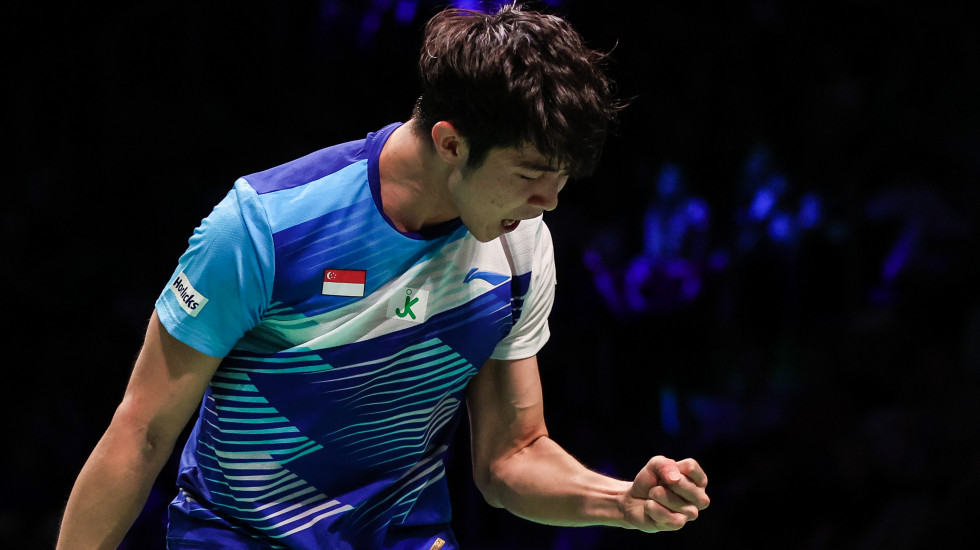 Loh Kean Yew spoiled the party for the home fans as he checked Viktor Axelsen‘s 39-match winning run in the Denmark Open 2022 semifinals.

“It’s a huge achievement to beat Viktor,” said a delighted Loh. “The shuttles were crazy fast and it was all about the net play. I used my speed and power to hit as fast as I could. It just wasn’t possible to control the shuttle speed.

“This is my first super 750 semifinal, so I’m just enjoying it.”

Asked how much he wants to secure a spot in the final, Loh said: “You could ask any athlete and they will tell you ‘I want it badly’. It’s the same for me.”

“We just became parents a few weeks ago, so now I can spend time with my girls before I get ready for the French Open. I didn’t expend too much energy this week, and I’m crossing my fingers I can do well in Paris.”

“I was most happy about controlling my emotions and patience,” said the 24-year-old after his victory over the Indonesian.

“I struggled in the second game, made a lot of errors to the backline and the same happened at the start of the third game, until the interval. The difference between the second and third games was me being patient.

“The semifinal will be tough. I don’t care who’s on the other side of the net, I just want to do my best.”

This will be the seventh meeting between the pair, with the head-to-head tipping 4-2 in favour of the Malaysian.

“I’m going to take it very seriously. We will talk before the match. I will ask her what her tactics are.” – He Bing Jiao on playing Han Yue in the semifinal

“I’ve grown a lot this year, particularly after winning the World Championships. I come into every match giving 100 per cent, still believing we can win more titles.” – Soh Wooi Yik on his newfound confidence