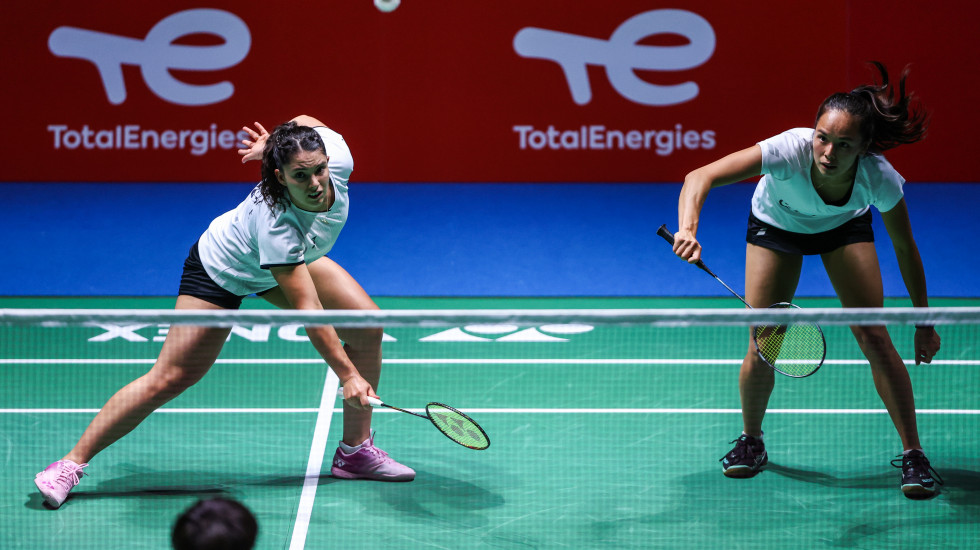 Margot Lambert/Anne Tran proved at the DAIHATSU YONEX Japan Open 2022 in August that they are to be taken seriously in women’s doubles after almost edging out two-time world champions Wakana Nagahara/Mayu Matsumoto on home turf.

The French world No.29 tandem demonstrated a deadly combination of attack and speed to take the second game after a close opener. Pushing the Japanese duo for 75 minutes bolstered the confidence of a duo that believe they have what it takes to battle the top pairs.

“It puts us on a good path for upcoming tournaments and for our level too,” said the 26-year-old Tran. “When we won the second game, my thought process was ‘we can absolutely do this’. I went into the match with the same mentality. It’s all about belief.”

Lambert, 23, concurred: “We are a promising pair, we believe we can take on the higher-ranked combos.”

Tran and Lambert paired up in September last year and won their very first tournament together – the Polish International – defeating the up-and-coming Treesa Jolly/Gayatri Gopichand Pullela.

Prior to the Japan events, including the TotalEnergies BWF World Championships 2022, Tran, who last titled with Lambert at Welsh International 2021, revealed an intense training camp in Spain augmented their efforts.

“We had three weeks of preparation at high altitude. It was an intensive programme, working on the physical aspect, power, serving and returning. Then we headed back to France for 10 days to taper down, recover and build up to the World Championships and Japan Open,” she said.

“The training camp set us right as to what to expect when you play in Asia against the bigger names. These are pairs we would one day like to defeat. We believe with time, we can be strong challengers in women’s doubles.”

The pair’s ultimate aim is a starring role at the Paris 2024 Olympic Games.

“That’s our biggest goal. We would love to make a home Olympics. Everyone would,” smiled Lambert. “Next year, we would like to medal at the European Championships.”

Lambert/Tran will be in action at Denmark Open 2022, where they face Du Yue and Li Wen Mei in the first round.