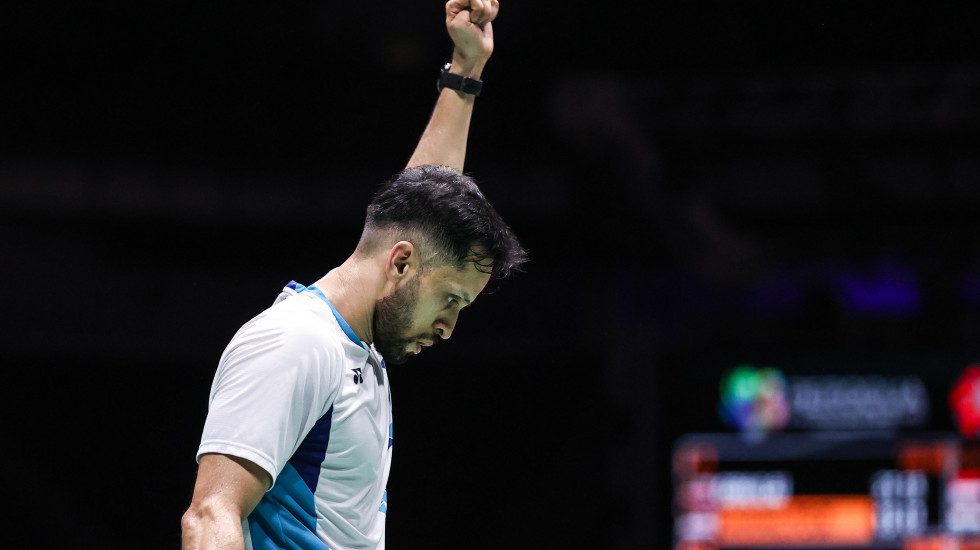 There aren’t many men’s singles players in their mid-30s contesting the HSBC BWF World Tour. Parupalli Kashyap is one of the few, Tommy Sugiarto is another, and they were playing each other recently in the first round of the PERODUA Malaysia Masters 2022. They’d last faced each other on the circuit 10 years ago, which is an unusually long gap for contemporaries ranked in the top 10 during their best years.

Until he played the two events in Malaysia, Kashyap had been out of competitive action for three months due to a series of hamstring injuries and a twisted ankle. It’s come to the stage when injuries will become a frequent occurrence, and Kashyap is thinking aloud on the right workload for his body – sufficient to make him match-fit, yet not cause a breakdown.

Ranked a career-high of No.6 in 2013, Kashyap pioneered the way for India’s men’s singles in the post-Gopichand period, paving the way for the rise of his juniors Kidambi Srikanth and HS Prannoy. He had a tough physical style, but the continued ravages of time and injury have made it hard to regain what he once had. He senses a drop in all the elements that make an elite player; the challenge is how he will overcome these limitations.

“Our bodies have changed. We have become like amateurish players with very less athletic skills. My agility, my jump, my speed, my endurance, my basic stuff, have all gone down. Athletic skills, reaction speed, have gone down… everything has to be trained now.

“So you need to adapt and train. Basically, whatever the age, you have to train as much as before. You can be smarter about it, but I don’t think volume can be reduced. You will have to train so much if you want to win matches in the Superseries (World Tour) level. I want to be back. I want to be contending for some kind of title.”

How then would he adapt to the requirements of playing a high-pace, physical sport while training at the same volumes, yet not risk injury? Even for a player of his experience, it has taken him time to figure out the direction in which his training has to evolve.

“I have to be absolutely stay fit before I enter a tournament. So even if it’s just a small niggle, I’m going to pull out, train three-four weeks, get strong and then come back.

“You know, we have to unlearn a lot of things which we have done in the last six, seven years and get back to when we were young, when we did basic training and all that. We have to train all those particular skills, like jumping, agility, endurance, everything block by block. To take that load you need time. Before, we could take everything together, the body was fine. It was recovering fine. Now I feel like every skill has to be given time –three weeks of speed training, three weeks of power training, three-four weeks of endurance training. Everything should be a bigger block. That is where trainers have become so important.”

Kashyap has been an on-off presence on the circuit over the last few years; his fitness concerns exacerbated by the pandemic. The lockdown had several effects, including a loss in motivation and flirtations with ideas of taking up professional poker.

“Missing Tokyo 2020 I was thinking what is the next goal? I didn’t see anything. I was thinking of moving to the US and playing professional poker. A lot of things were messed up in my mind… I needed my space. Once the lockdown finished I took time. But again, the body wasn’t right in 2021. I just played because there was no other (smaller) tournament, I was in the ranking, and I was trying to push Saina as well. She was also struggling with injuries. So it’s an age thing, we’re trying to understand our body.

“I’ll have to judge every morning after training; am I good enough for this today? Am I going to push? If I’m not, I’ll back off… I have to go by my instincts. It’s wrong for me to follow someone else’s example.”

The same dilemma is faced by former top-5 mainstay Nehwal, who has to work out the level of intensity and load she can now handle. Part of the reckoning is with self-image, accepting the difference between what one was and what one has now become.

“Saina’s also trying to figure it out – intensity, niggles, load. It’s very tough to tell from outside. Right now, everything you learnt is not right. It was right when you were 23 or 27… and the problem is for a senior player, it is very tough to unlearn everything, because if Saina closes her eyes, she will remember 2015, 2016 when she was winning tournaments; suddenly, being told that every skill has to be trained, she’s like: what are you talking about?”

The hunger is back, though. He’s confident that both he and Nehwal have enough in the tank to last them for two or three years.

“I think we can push through another two-three years. I’m feeling good. I’m able to push myself in practice, more and more. The progression is quite good.”

With a quarterfinal at the YONEX Taipei Open, and wins over Heo Kwang Hee and Tommy Sugiarto during the recent events in Asia, Kashyap has positives to take as he seeks to forge a way in a circuit with many opponents 10 or 15 years younger. He’s not over the hill yet.