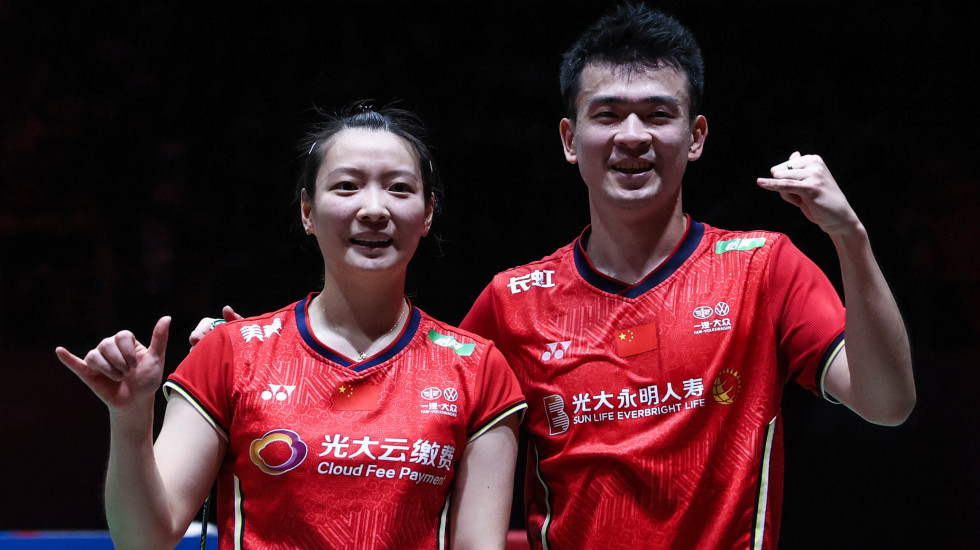 The Zheng Si Wei/Huang Ya Qiong winning machine that had briefly sputtered in the semifinals steadied itself, claiming a sixth successive title — and 27th overall — by winning the PERODUA Malaysia Masters 2022. This made them the first mixed doubles pair to win five successive World Tour/Superseries titles.

Zheng and Huang had survived match point in the semifinals against Yang Po-Hsuan/Hu Ling Fang; the Chinese admitted they were tired given the workload they’ve had. Yet, there was no trace of that in Sunday’s final.

Indonesia’s Rinov Rivaldy/Pitha Haningtyas Mentari challenged them until 14 in the opening game, after which they fell away, with the Chinese wrapping up their 20th HSBC BWF World Tour title in just 32 minutes.

“I feel exhausted,” said Zheng. “We had to force ourselves to keep our energy up throughout the match. Today was definitely tougher that the previous tournaments, but I’m obviously very happy that we did it.”

“I’m surprised we can keep winning because our level of energy and excitement are almost the same. We had to force ourselves to play at a high level so I must say that we didn’t play that well,” said Huang.

Their compatriots Chen Qing Chen/Jia Yi Fan won their fourth title of the year after an easier-than-expected 21-11 21-12 result over in-form duo Nami Matsuyama/Chiharu Shida. The Japanese, winners of two Super 1000 events this season, rued their inability to control the shuttle.

“We were concerned about the drift and played flatter than we should have,” said Matsuyama.

Jia Yi Fan said the Chinese had come in with a different approach:

“I feel that we played our best match of these past few tournaments. It was a tough route to the final. I think we played with more ease after we adjusted our mindset.

Before we were always thinking that we need to reach the quarterfinals or semifinals, or that we have to win the title. But I think we need to remind ourselves of our initial aspiration like: “Wow, we’ve reached the quarterfinals, wow, it was tough reaching the semifinals, or wow we are in the title match.” We cannot think about our past achievements and neglect our original desire.”

The last match of the event saw Fajar Alfian/Muhammad Rian Ardianto outplay senior compatriots Mohammad Ahsan/Hendra Setiawan 21-12 21-19 for their third title of the season in their sixth final.