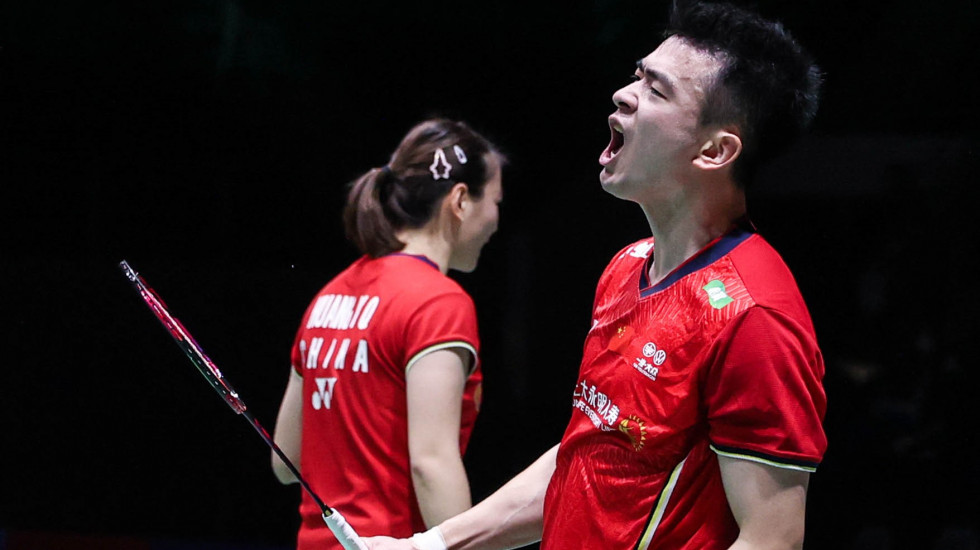 Malaysia Masters: Back from the Brink

Facing opponents who were playing only their third match of the year, Zheng Si Wei and Huang Ya Qiong nearly succumbed in what would have been the year’s biggest upset in mixed doubles.

The world No.1 duo were down match point against world No.45 Yang Po-Hsuan/Hu Ling Fang, but overcame the challenge and earned a shot at their sixth successive title.

The challenge from the Chinese Taipei pair was unexpected, for they have never crossed the second round in five previous tournaments. Indeed, they had played only one previous match at the PERODUA Malaysia Masters 2022 as they received two walkovers. Yet, with Hu Ling Fang holding her own at the net and Yang Po-Hsuan unleashing big smashes, the Chinese were under pressure throughout.

It was Zheng’s courage in whipping a crosscourt drive into a corner that saved match point, before a lucky net cord went their way.

“Our energy was a bit down, and the focus wasn’t as high as our earlier tournaments, so we need to rest well and recover,” said Huang.

“I felt they are a strong pair. They haven’t played many matches, and with more matches, they will be a formidable pair,” said Zheng.

In the title round at tomorrow Zheng/Huang take on Indonesia’s Rinov Rivaldy/Pitha Haningtyas Mentari, who are in their first Super 500 final.

It’s getting better and better for Fajar Alfian and Muhammad Rian Ardianto. The Indonesians reached their sixth final of the season – they’ve won two of five so far – beating the last local hopes at the Malaysia Masters, Aaron Chia and Soh Wooi Yik.

The Malaysians had eked out a narrow win in the second game, setting the stage for an exciting decider, but they quickly fell apart in the third. It looked bleak once they lost a flurry of points to trail 2-11 at the mid-game interval, and Alfian and Ardianto pressed on from there to claim their place in the final, 21-14 19-21 21-10.

They take on senior compatriots Mohammad Ahsan/Hendra Setiawan, who made their first final since the All England in March. The ‘Daddies’ were on top of their game today in dismantling the challenge of Chinese young guns Liang Wei Keng/Wang Chang, 21-19 21-14.

It was a good day for Indonesia. Chico Aura Dwi Wardoyo in men’s singles and Rinov Rivaldy/Pitha Haningtyas Mentari in mixed doubles made their first Super 500 final, with the mixed doubles duo beating Thailand’s Supak Jomkoh/Supissara Paesampran in three games.