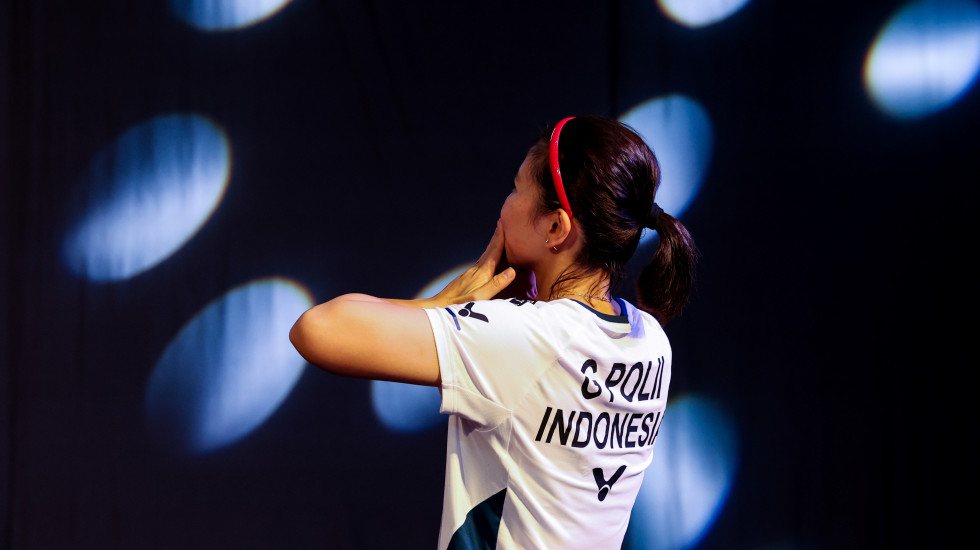 All players want to perform their best, but with Greysia Polii the difference was in how much that hunger radiated from her eyes.

The Indonesian achieved much in a long career, but the one image she leaves is of a warrior, bloodied and battered, yet ceaselessly plugging away. The effort was the triumph.

Somewhat untypically for an Indonesian player, her USP was not in any particular shots or style of play — she was a solid, tireless player always on the lookout for opportunities. At the end of her career, Polii leaves behind a remarkable legacy.

Among the highlights of this legacy will surely be the longest match played – a gruelling 2 hour 41 minute rollercoaster in the semifinals of the Badminton Asia Championships 2016. Polii and her then-partner Nitya Krishinda Maheswari did lose that ultramarathon to Naoko Fukuman/Kurumi Yonao, but the grim fortitude which Polii showed was a recurring theme throughout her career.

With Maheswari, she had achieved one of her career highs – the Asian Games gold medal in 2014 — beating two great pairs: Zhao Yunlei/Tian Qing in the semifinals and Misaki Matsutomo/Ayaka Takahashi in the final.

Following an injury to Maheswari, in Apriyani Rahayu Polii found the partner who gave her the firepower that she had missed earlier. Rahayu, young, powerful and energetic, was the perfect complement to Polii, almost deferential to her senior partner on and off court.

This chemistry was central to their successes. Playing at the Asian Leg in Bangkok in January 2021, Polii would often break down speaking of her recently-deceased brother; Rahayu would stand firmly beside her, offering her consolation and emotional support. Their performance on court was in tribute to her brother, and that emotional energy was to carry them to victory at the YONEX Thailand Open. Tokyo 2020 would be a grand sequel to this triumph, under far greater pressure. It is remarkable that her greatest moment would arrive at the very end of her career.

Jia Yi Fan, her vanquished opponent in the Tokyo 2020 final, recalled later that there was something in Polii’s eyes, a determined, focused look, that made the Indonesians play at a level beyond the reach of Jia and Chen Qing Chen on that day.

Polii was one of the most articulate players on the circuit. She always referred to spirit, the will to win, rather than tactics. For her, wins were forged mostly through will.

What Polii and Rahayu did in Tokyo 2020 will be etched in history. Polii knew she had to set an example not just in the workload on court, but in appearing unflappable under pressure. Like her idol Gao Ling, she smiled often, even after fluffed points, to keep her partner upbeat.

“Long story short, it takes commitment,” said Polii, after she and Rahayu became the first Indonesian women’s doubles pair to win Olympic gold. “To reach the dream, and to be patient, to be consistent under pressure to reach your goal, and this is where I am. Some of you know London Olympics brought me heartbreak, and some people said, don’t give up. They trusted me. So I kept going. And the breaks kept coming. And then Apriyani came up. So this one is just more than meaningful for me.”