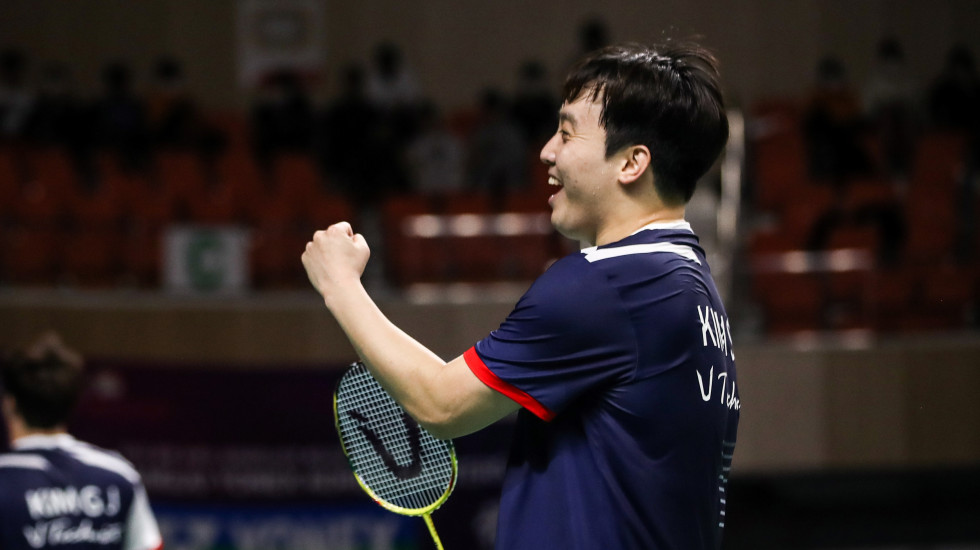 A pair reckoned to be long past their prime rediscovered some of their glory days and emerged unlikely winners of the 2022 Gwangju YONEX Korea Masters.

Kim Gi Jung and Kim Sa Rang, formerly world No.2, who had split up after the Rio Olympics and returned with different partners with limited success, proved they still had the class to withstand some of the best of the younger generation. Against China’s new combination of Liu Yu Chen and Ou Xuan Yi, the two Kims delivered a textbook performance in countering the power and pace of much younger opponents, all the while deploying the subtle skills in their arsenal to come away winners in straight games.

It was their first HSBC BWF World Tour victory in their only their second appearance together on the Tour.

Having not tasted steady success with various partners in the post-Rio period, the two Kims made a brief return at the TOYOTA Thailand Open 2019, only to again go their separate ways. Eventually, they got back together for two events last years – and they did win the second of those, the Welsh International (Challenge).

Out of the Blue

Yet, nobody could have anticipated their run in Gwangju, where they beat their younger compatriots – including last week’s Korea Open champions Kang Minhyuk/Seo Seungjae in the quarterfinals – before edging Japan’s Hiroki Okamura/Masayuki Onodera in the semifinals.

In today’s final, they refused to engage the Chinese in a big-hitting game, instead backing their defence, pushing into spaces, and making quick forays to the net. Ou Xuan Yi was the weak link on the day, as he made a rash of errors and the Koreans took full toll, setting up four match points after a 47-shot rally.

Having converted first match point for a 21-14 21-16 result, the two Kims stood atop the podium once again – seven years after they’d last been there. It was their third Korea Masters win together and their biggest win since the Malaysia Open of April 2016.

Chen Falls to He Bing Jiao

In women’s singles, He Bing Jiao repeated her German Open final triumph over teammate and Olympic champion Chen Yu Fei. Chen stormed back in the second game, but then inexplicably fell apart in the third, as she fell behind by a massive margin of 2-11 in the interval and never quite recovered from that early setback.