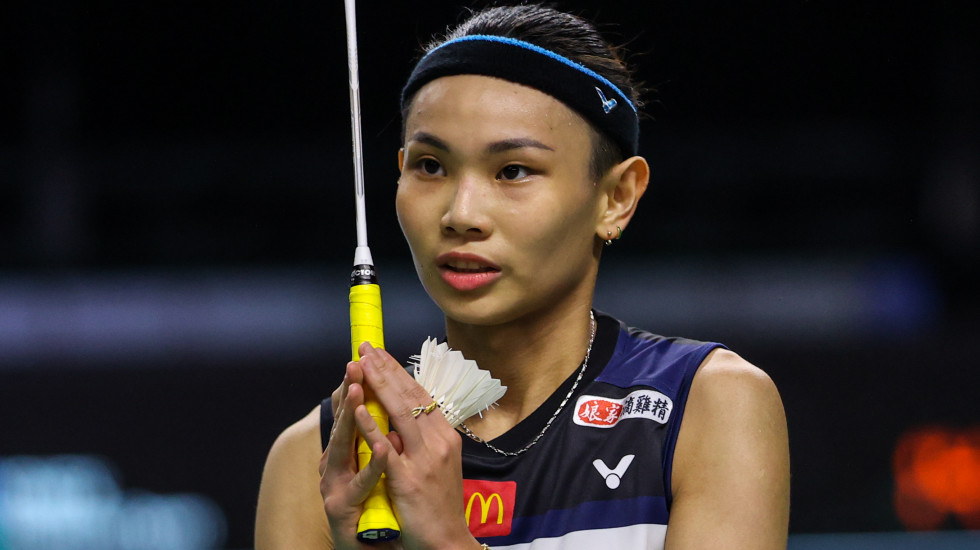 The world No.1 has new skills to showcase.

Back in October, Tai Tzu Ying had revealed that she was learning English to help her communicate with her fans worldwide and promised to get more proficient in the coming months. Today, at the YONEX Thailand Open, she made good on that promise by answering media questions entirely in English.

After completing a 21-18 26-24 result over Thailand’s Benyapa Aimsaard, Tai, initially tentative but growing in confidence, said: “I feel so happy to play my first match here. It is strange to play without any crowds. I will try to focus on myself for the next round, I made too many unforced errors in the first match,” said the world No.1.

Tai said she’d been attending online classes once a week.

“I have about an hour’s class once a week. But not during this tournament; I will be busy here,” she smiled.

Earlier, Tai said she’d wanted to learn the language to avoid translation errors by interpreters: “I would like to use it in my own way, style and feeling to interact with my fans. Sometimes when I’m translated, some of the key meanings of my message to fans were not fully interpreted. At the moment, I’m able to engage with fans using basic English, but when it comes to more complex thoughts, it’s been challenging for me and I’m still trying to learn.”

Meanwhile, the 18-year-old Aimsaard, who Tai beat in the first round, was thrilled to be playing a Super 1000 event at home, the biggest event of her young career. The Thai had her opportunities to take the second game before Tai closed it out in two.

“I felt very excited and happy because it was an opportunity to play the world No.1. In the beginning it was hard to focus, but then I calmed down and was able to play better. In the second game I tried to extend the rallies as much as possible and force her to make mistakes, that helped me get a lead.”

“I will try to learn some of her shots because she has special technique.”

Despite being outplayed by Tai, Aimsaard said she wasn’t idolising the No.1. “My idol is Carolina Marin,” smiled the Thai.

“It’s the new year and I want to have new spirit, and a new image. It’s also the colour of my favourite football club, Bandung City,” said Alfian.