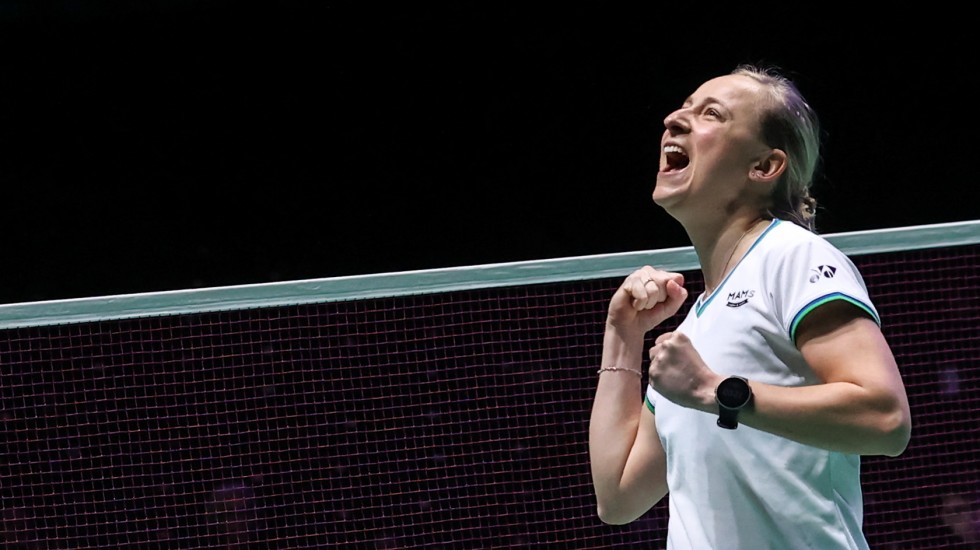 Versatile Dutch doubles player Selena Piek was looking forward to the Tokyo Olympics before the Covid-19 pandemic forced the suspension of the circuit. Piek and mixed doubles partner Robin Tabeling have notched up impressive victories over the past few months; this season saw them topple no less a pair than world champions Zheng Si Wei/Huang Ya Qiong on their way to the quarterfinals at the All England.

Piek was therefore initially disappointed with the postponement of the Tokyo Olympics, but she has since come to appreciate the positive effects of the lockdown and the temporary break from competition. Excerpts from an interview: 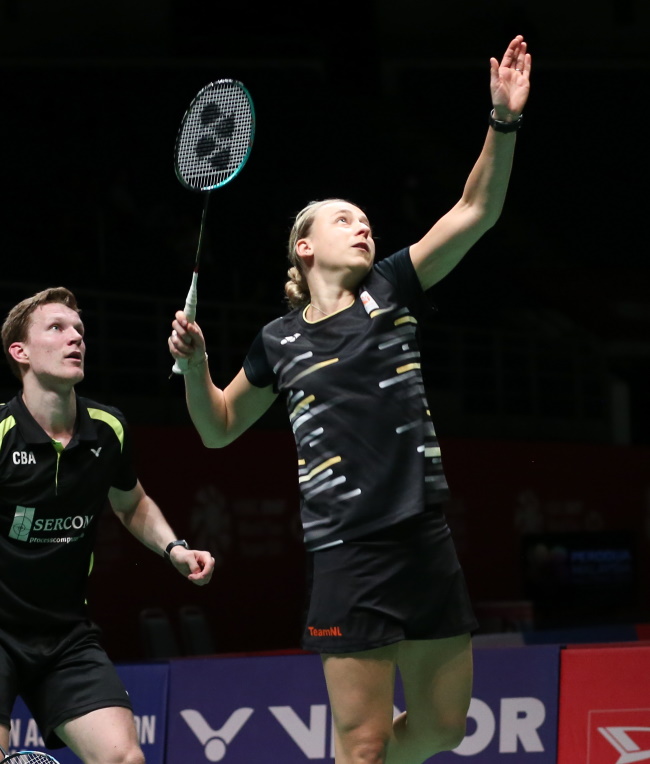 How have the last few months after the All England panned out?

There was so much pressure the entire year. So once the Olympic Games got postponed I got calm and tried to enjoy the extra free time. But of course it has been a weird and tough period, I’m really sad the Olympics got postponed because Robin and I were in great shape, as we had beaten world champions. But once the decision had been made, we tried to make the most of it. I tried to keep myself as fit as possible.

The national centre has been open since four weeks now, but this is the first week we’re back to five badminton sessions. And of course we needed some build-up again because our bodies were not used to the impact. So this is the first week I’m back to my normal schedule. But we are not allowed to play doubles, I haven’t played doubles since the All England.

How did you get through the lockdown?

The first month after the All England was total lockdown, and a few more weeks after that as well. I was lucky enough… a friend has his own gym, and we could train there three times a week. For the first three weeks, I kept myself busy running and we also got a programme of the national squad. After that I found some routine with the gym, because it’s hard to keep up the motivation if you can’t do the gym or badminton. It worked out pretty well. I felt I could still maintain fitness and strength.

The first one or two weeks you’re excited because you have so much free time, and I have a race bike and I went biking and running. We’re lucky that that the weather has been great in Holland.

What has this break meant for you?

The reason why we got this break is sad, but… I was getting more at peace with myself. I was under so much pressure. It was nice to be at my own home for more than three weeks in a row for once. Also, I noticed that you could enjoy the little things more. I could really enjoy my first cup of coffee in the morning, when I heard the birds coming up. You know, those little things. I really enjoy walking in nature and being by myself. It was really nice. On the other hand, it was tough because I wasn’t allowed to see my family and my friends.

But I stayed in touch with them a lot. I enjoyed solving puzzles, like picture and word puzzles. There was a lot of mental peace. That was really nice. Normally I have an agenda, which is fully blocked. Everything revolves around badminton and performing. And this time, the only thing I had to do was keep my body as fit as possible. I really enjoyed going on walks, enjoyed nature, and getting some coffee. I included that in my routine. I found myself a new routine, and that helped me getting through days and enjoying it.

Have you emerged out of this a different person?

A little bit, yes. I’m more at peace with myself. I’m enjoying training a lot more than I used to. And maybe I’m even getting fitter because we have a longer training block and normally you can’t have that. I’m more stable, more in balance. I found my balance in this period. And for me that’s very important. If I’m in balance, I’m a better person (laughs).

The important thing is that you are safe, your family is safe. I bless myself with what I do have. I have a beautiful home, I’m allowed to go outside, so I haven’t experienced this period as a bad thing.

You said you’ve started enjoying badminton a lot more. Do you sense your approach to the game will change as well?

No, I don’t think so. Because people are very routine-based. Once we get back to normal life, it takes two-three weeks and you’ll get back to normal. It will be the same. You shouldn’t be changing that much. The only thing that can change is the perspective from coaches. Personally, for me, breaks are important. More peace, more calmness, instead of rushing everything.

Maybe that’s the thing I will take out of this, that it’s not bad to push pause sometimes. 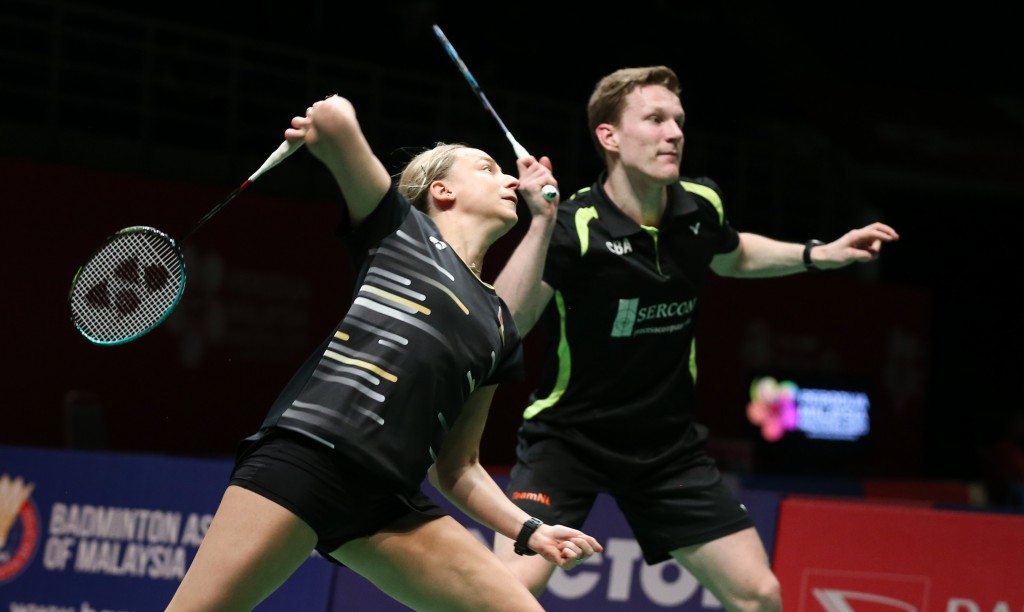 Have you had to rework your long-term plans?

A little bit. I wasn’t 100 per cent sure that I would continue (after the Olympics in 2020). If I made the Olympics I would, but I could also imagine that if I didn’t make the cut, that it would be a struggle to go back. Things were looking good for me, especially in the mixed. So I thought I would think after the Olympic Games; now it’s one and a half years extra. And that in sports can make a big difference. And I also had to think whether to continue in two events.

Have the pandemic and lockdown forced players to look outside their comfort zones?

It could be, I hope so. It could also be mentally tough for them. It’s good to experience it right now, you could start thinking about retirement, for example. Because everyone’s going to retire at some point. It could help some people to think about it. We all know there could be a black hole when we’re going to quit.

Did you turn to any hobbies during the lockdown?

I cooked a lot, but then I love cooking. I also cook for my best friend. There was this chef, he was posting a different recipe each day on Instagram, so each week I tried a new recipe and I cooked for her. That was really nice. I had a lot of time to experiment in the kitchen.

I played a lot of puzzles. And I did a lot more runs, I went on my bike a lot more. I experienced my love for nature. I already knew I’m pretty good to be on my own.

Did it ever feel like you couldn’t do without badminton?

I’m pretty good without badminton. Also, when I go on holiday, it’s not that I feel I have to be back on court. Maybe in that way, I can see the positive side of the lockdown. Of course I miss badminton and I miss being in a routine, but I also found so many other aspects outside badminton that are so beautiful. I really like badminton, but I can also see the world around it. So for me it’s not that everything revolves around badminton, not anymore.