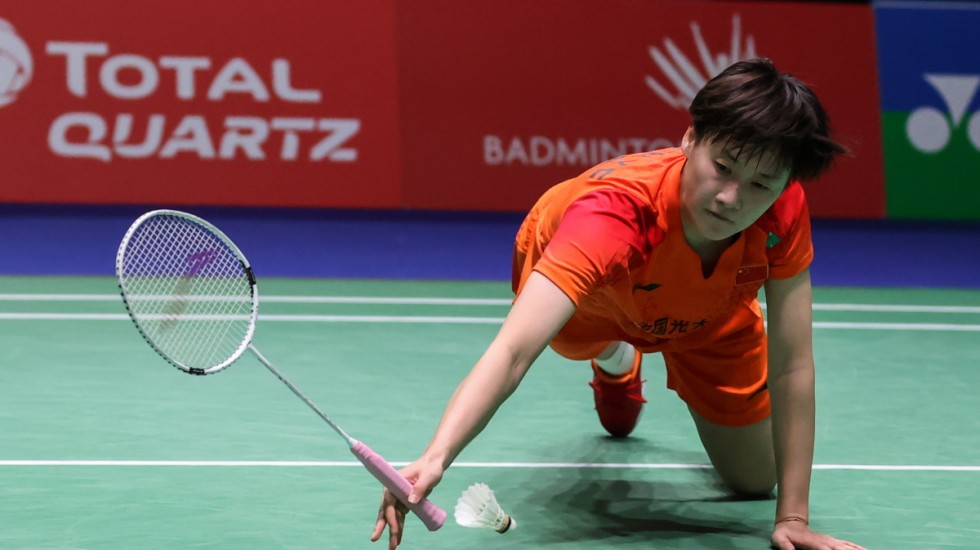 China will rely on the solidity of Chen Yu Fei.

All England: After Challenging First Round, A Message for Rivals

World No.1 Chen Yu Fei returned to the scene of her first big triumph last year and ground out a 67-minute win over a dangerous challenger.

Having recovered from a first-game loss to An Se Young, an unruffled Chen went about her business, sealing a 14-21 21-14 21-15 victory over her 18-year-old Korean rival in the first round of the YONEX All England 2020.

In essence, the opening game saw An Se Young peg away in characteristic style, drawing Chen into long exchanges. Both Chen and An are known for impeccable defence and steadiness of play; Chen knew she had to step up her attacking game in the second and she did. There was greater urgency, sharper strokes, and quick follow-up to the net. An couldn’t find the answers but gamely hung on.

She acknowledged that her game was possibly a bit too passive to hurt Chen Yu Fei. “I was more focussed on returning the shuttle, that’s probably how the game led to this result,” she surmised.

An’s rise in quick time has had everyone take notice, and Chen granted that their games were a bit similar – or rather, she said, An’s game reminded her of her own a few years ago.

“She has had her breakthrough and has beaten some top players, and that gave me some pressure,” Chen said. “There are some similarities between her game and my own game at the beginning of my career, but now I’ve improved my attacking skills, so I think attacking-wise, I have the advantage. I told myself not to be anxious, and I had to be patient because my opponent is such a patient player herself.” 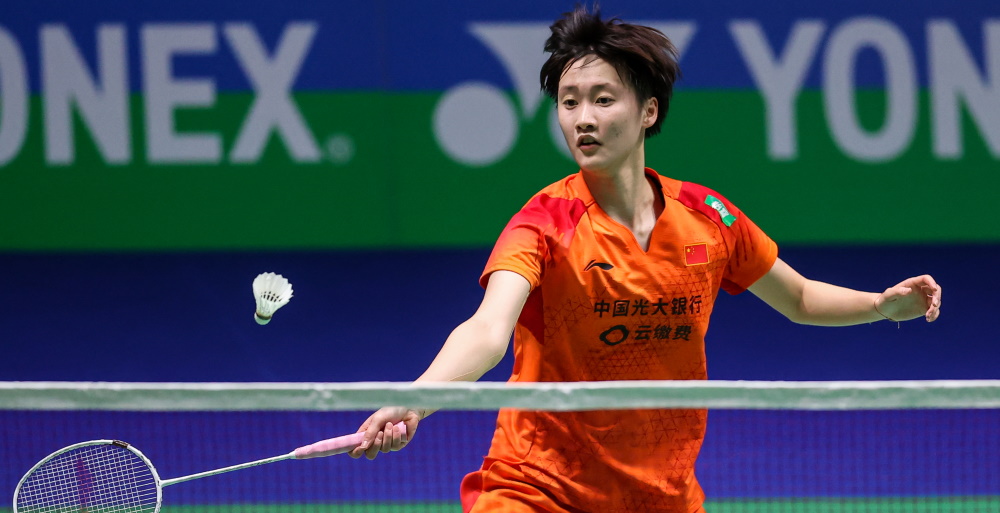 The run-up to the All England has been a challenging period for the top players, particularly for the Chinese team, which arrived in the UK in February and trained at the University of Nottingham. Chen herself hasn’t played a competitive match since losing the first round of the Indonesia Masters in mid-January.

“It has been a while since I played in a tournament, so naturally I’m excited to be able to compete again,” Chen said. “The training was great. I’m grateful to the University of Nottingham for providing us with training courts and accommodation. It was wonderful.”

How does it feel to be back at the All England, where her sequence of major title wins in 2019 started?

In Chen’s answer was a message to her main rivals:

“I will try my best to get the championship again. My preparation has been very good.”