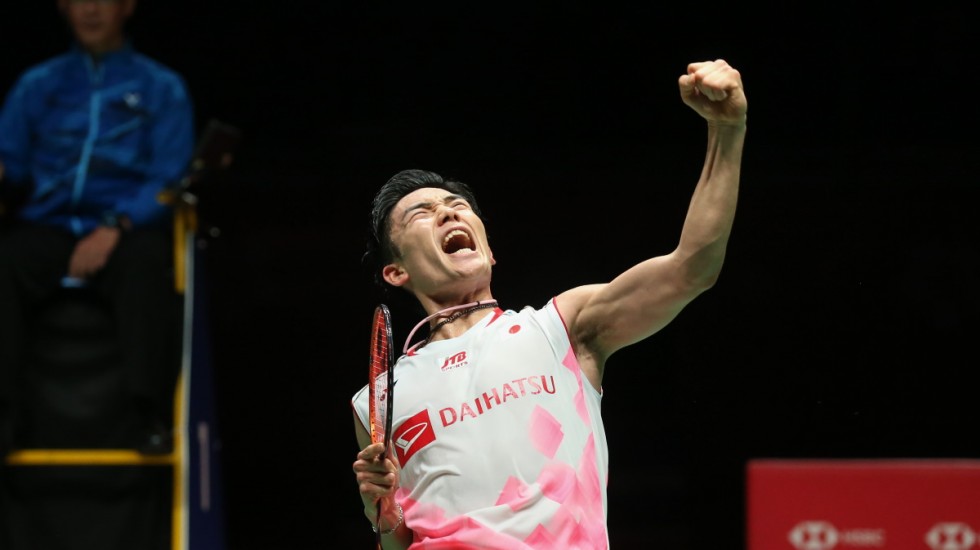 Kento Momota will be favourite to win gold in Tokyo.

Kento Momota and Chen Yu Fei continued from where they left off last year, claiming singles honours at the PERODUA Malaysia Masters 2020 today.

Momota completed his 14th win in 15 matches against Viktor Axelsen, and in the process completed his third title win on the trot after the Fuzhou China Open and the HSBC BWF World Tour Finals.

Today’s final against Axelsen was unusual, for it all hinged on a point late in the first game. The opening game was a high-quality contest, with both showing patience in working out openings. The Dane recovered well from a 13-18 deficit and led into the final stretch; on his second game point he sprang to the net and whipped the shuttle past Momota – but his celebration was cut short by the umpire who ruled a fault.

Momota saved one more game point before going ahead. The loss of the game seemed to deflate Axelsen and the Dane slipped, falling behind 3-17 in quick time.

It was then Momota’s turn to waver, and he eased his foot off the pedal to allow Axelsen a mini-comeback. The gap was too wide, however, and Axelsen let the last shuttle fall unchallenged.

“I’m pleased to have won the first tournament this year,” said Momota. “We know each other’s game and I had to be careful. He was playing really well and had a lead. I thought I had even lost it before the umpire ruled a fault.”

“It’s all part of the game,” philosophised Axelsen. “I did my best and unfortunately today it wasn’t my day. I played a very good first game and I’m happy with that. I played good badminton over the week. I haven’t digested the match yet, but I did my best. Tomorrow’s a new day.”

Chen Too Good for Tai

Recent performances suggested a Chen victory despite her trailing Tai 2-14 in their career record. Still, few would have been prepared for what unfolded. Chen’s brilliant footwork and anticipation took the sting out of Tai’s attack, and the frustrated world No.2 was left groping for answers.

With Chen moving fluidly and comfortably within reach of Tai’s shots, openings were few for the Chinese Taipei icon. Tai’s fierce smashes were well-read and kept in play, blunting the follow-up shot at the net that is Tai’s forte. On her own attack, Chen swooped in whenever a half-chance presented itself; the shuttle was put away with deadly precision.

Tai had some success while drawing her opponent to the net, and perhaps erred in not creating more opportunities up front. Unable to control the lifts, and faced with an opponent who with minimum effort seemed to be in all places, Tai’s own game collapsed like a stack of cards.

“She is very stable, she never makes mistakes,” mused Tai. “I couldn’t control my lifts today and I had trouble with the drift.”