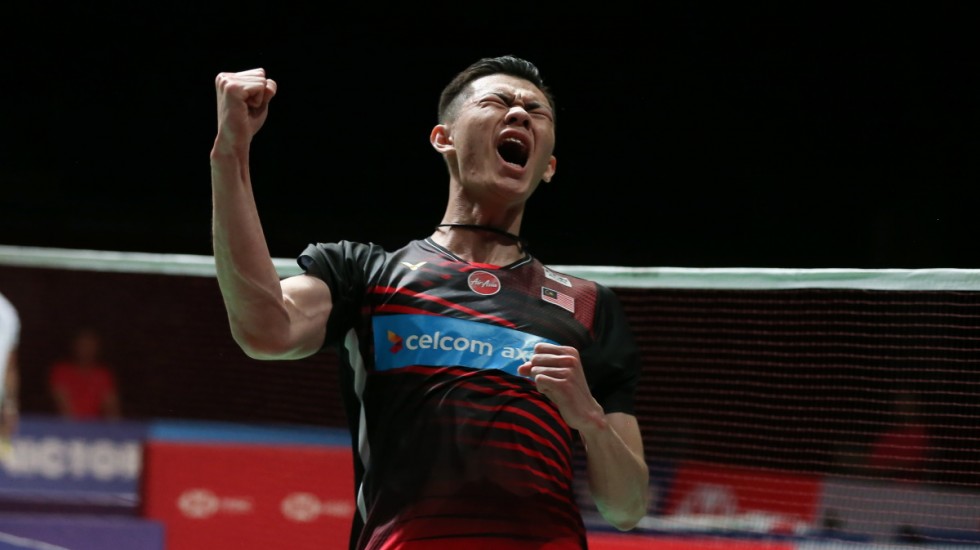 Lee Zii Jia celebrates at the Malaysia Masters after beating Shi Yu Qi in the quarterfinals.

Lee Zii Jia made it a memorable day for home fans at the PERODUA Malaysia Masters 2020 with an exciting three-game quarterfinal victory over seventh seed Shi Yu Qi today.

“I must admit Yu Qi wasn’t at his best. You could see him struggling with his movement. But he is still a top shuttler who is very experienced and I couldn’t match him in the first game. Thankfully, I slowly found my rhythm and came back in the second and third. This week has been great, I have definitely improved and am more composed on court,” said Lee.

In the bottom half of the draw, Ng Ka Long Angus made his first semifinal since the Thailand Open in August, as he edged Jonatan Christie 15-21 21-12 21-18.

“After the Thailand Open (in August), I was struggling in the quarterfinals and I couldn’t go further. So this is a really great win for me at the start of 2020. I was very nervous today. I had to push myself to have more confidence on court,” – Ng Ka Long Angus.

Another Indonesian pair, Mohammad Ahsan/Hendra Setiawan, made their way into the semifinals in the bottom half of the draw, where they take on Li Jun Hui/Liu Yu Chen.