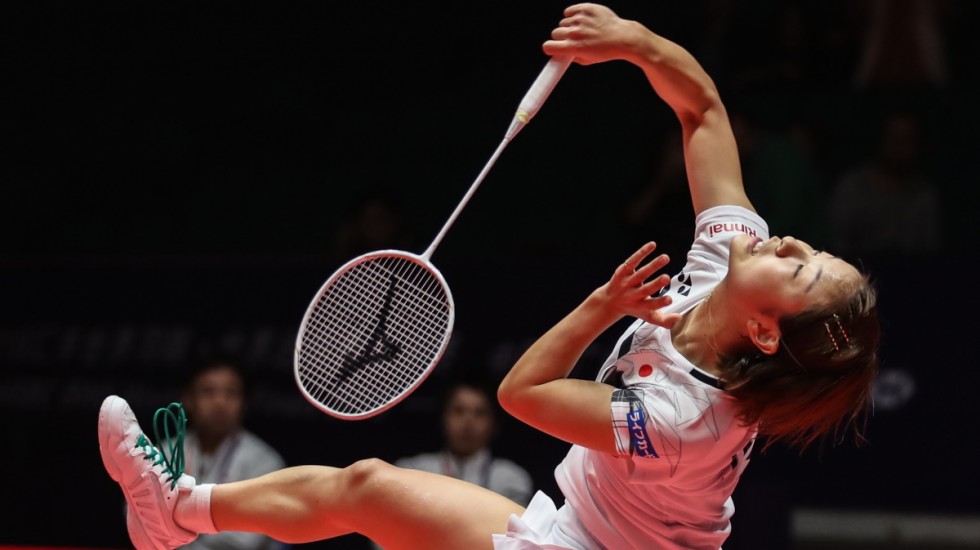 Nozomi Okuhara and Tai Tzu Ying sailed into the semifinals from women’s singles Group B at the HSBC BWF World Tour Finals 2019 today. Okuhara kept a clean slate in the group, winning her third match against Ratchanok Intanon, who, after a tough battle against Tai yesterday, appeared unable to handle the pace of the Japanese. The Thai went down 21-14 21-12 in 40 minutes.

Tai had to avoid a straight-games defeat to Busanan Ongbamrungphan to secure her place. She did better, leaving the Thai forlorn with her mix of strokes. Ongbamrungphan was flummoxed by Tai’s range, particularly the delayed shots by which she kept her in a constant state of indecision. The victory was achieved in just 31 minutes, 21-14 21-9.

“I made some mistakes in my first match that I shouldn’t have, so I tried to reduce my errors today,” said Tai.

“I had a fall yesterday and was a little hurt, but I recovered well for today. I won the Dubai season-ending tournament twice, I liked the trophy. I hope I can win here as well, because I like this trophy too!”

Okuhara has looked solid this week; after her narrow opening victory over Tai, she has been unchallenged in the next two.

“She is a difficult opponent, but she was tired today as she had a tough match yesterday. I just had to keep up my speed,” said Okuhara.

In men’s doubles, Lee Yang and Wang Chi-Lin, who are playing in their first Finals as a pair, topped Group B beating world champions Mohammad Ahsan and Hendra Setiawan 21-18 21-18.