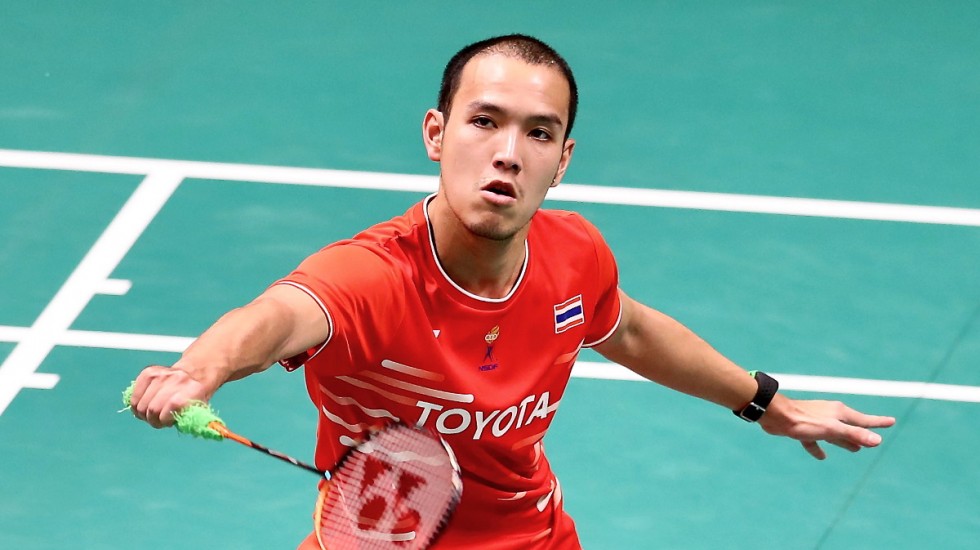 Thammasin achieved his career's biggest moment with the title in Macau.

Thailand’s Sitthikom Thammasin captured the biggest title of his career as he surprised top seed Shi Yu Qi in the final of the Macau Open 2019 yesterday for his first World Tour Super 300 crown.

The 24-year-old, whose previous title on the BWF World Tour was the Akita Masters (Super 100) last year, proved his superior fitness over Shi, who was making a comeback from an injury layoff. Shi comfortably took the opening game but as the match progressed he appeared to flag from the effort and eventually threw in the towel in the final game, going down 12-21 21-14 21-7.

Earlier, in the semifinals, Shi beat World Championships bronze medallist Kantaphon Wangchaoren, while Thammasin got the better of Sun Fei Xiang, both in three games.

Canada’s Michelle Li celebrated her 28th birthday in style, defending the Macau Open title for her first World Tour crown this year. Li overcame resistance from young Chinese Han Yue in the opening game, but it was easier for her in the second, as she closed it out 21-18 21-8.

The Canadian faced a challenging path to the final, beginning with her first round against Korea’s Kim Hyo Min. Hong Kong qualifier Leung Yuet Yee took her to three games in the second round, but Li completed her three remaining matches – over China’s Cai Yan Yan, Korea’s Kim Ga Eun and Han Yue in the final – in straight games.

Men’s doubles top seeds Li Jun Hui and Liu Yu Chen took home their first title since April, fighting off two match points against compatriots Huang Kai Xiang/Liu Cheng to prevail 21-8 18-21 22-20. Huang and Liu led all the way in the third, but the top seeds caught up with them at the very end, edging them with four straight points.

The first of China’s two titles came in women’s doubles, with Du Yue and Li Yin Hui capturing their first crown since the German Open in early March. In the longest of the five finals, Du/Li overcame Thailand’s Jongkolphan Kititharakul/Rawinda Prajongjai 21-16 10-21 21-12 in 73 minutes.

The top seeds had earlier enjoyed a smooth path to the final, not dropping a game on the way.

Dechapol Puavaranukroh and Sapsiree Taerattanachai followed up title-winning successes in Singapore and Korea, proving unstoppable in the Macau Open final as they raced past Chinese Taipei’s Wang Chi-Lin/Cheng Chi Ya 21-11 21-8 in just 31 minutes.

The Thais had some trouble on the way to the final, dropping a game to Chinese Taipei’s Lee Jhe-Huei/Hsu Ya Ching in the quarterfinals, and getting stretched by World Junior champions Feng Yan Zhe/Lin Fang Ling in the semifinals (21-11 22-20).