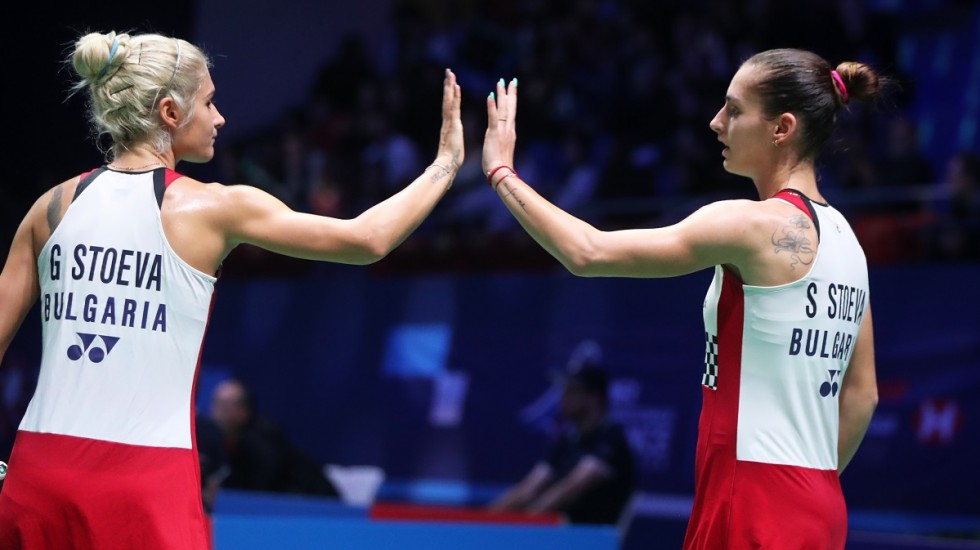 Sister love gets the win in Paris.

Bulgarian sisters Gabriela and Stefani Stoeva are hoping to repeat their efforts from last year’s YONEX French Open when they went within one victory of the title.

Today they played some of their best badminton in some months to defeat Puttita Supajirakul and Sapsiree Taerattanachai from Thailand, 17-21 21-10 21-17.

Clearly, they have a love affair with the Stade Pierre de Coubertin and even more so now they call Paris home.

“We know them pretty well and we knew it would be a tough match. We tried to focus all the time and I think it brought us the win today,” said Gabriela. “This is one of our favourite tournaments. We love the crowd; they support us a lot.”

“It’s like our second home here, so we just want to do our best in front of everybody,” added Stefani. “Last year we were runners-up but we need to not think about this and just take it match by match and enjoy being on court.”

It’s been a tough year for the Bulgarians after the pair went through a disagreement with their federation back in April. Just 12 months back they were among the Top 8 women’s doubles pairs and qualified for the HSBC BWF World Tour Finals 2018.

But with a summer of disappointment behind them, they’re focused on finishing the year off well. “We missed a few tournaments but we’re back and trying our best and hope to win every match we play.”

It was back to reality for the Koreans who were without answers against the world No.4 pair.

French pairing Delphine Delrue/Lea Palermo nearly pulled off the most popular victory of the day, going down 11-21 24-22 12-21 to Hsu Ya Ching/Hu Ling Fang of Chinese Taipei.

Kenta Nishimoto and Chou Tien Chen both came out on top against Indian opposition in tough three-game matches.