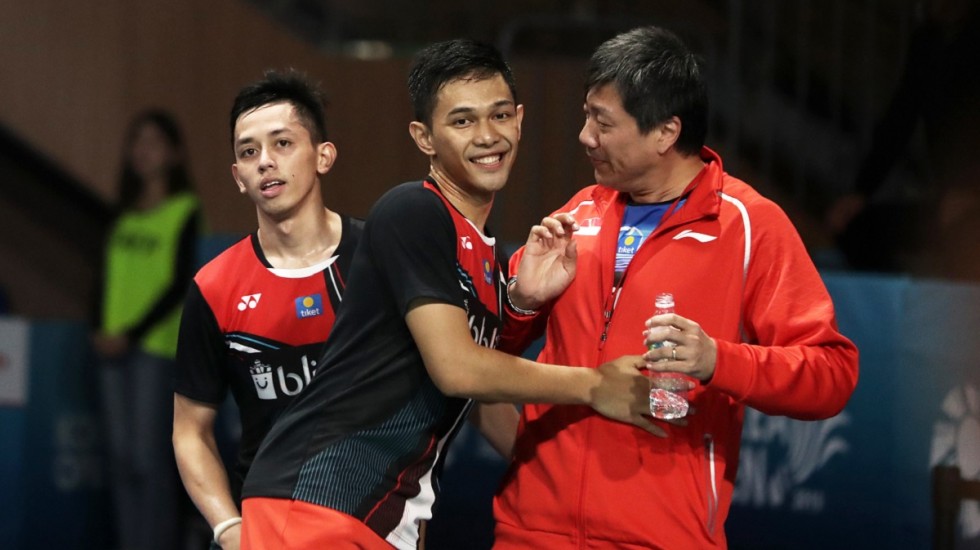 Indonesia has dominated the men's doubles in 2019.

With just nine ranking tournaments remaining in the HSBC Race To Guangzhou 2019, we look at the men’s doubles contenders for the Top 8 pairs to qualify for the season-ending HSBC BWF World Tour Finals in December.

It’s safe to say it has been Indonesia’s year with three pairs in the Top 8 and nine World Tour titles between them in 2019.

The Daddies and Minions have met in four finals in 2019 with Marcus Fernaldi Gideon and Kevin Sanjaya Sukamuljo prevailing in all – the Indonesia Masters, Indonesia Open, Japan Open and VICTOR China Open 2019 in Changzhou.

Mohammad Ahsan and Hendra Setiawan have not defeated their countrymen since February 2018, but when they have been able to avoid them, they have largely tasted success. Their seven finals in 2019 is a season-high and have them atop the rankings.

They automatically qualify for the Guangzhou finals courtesy of their World Championships victory in Basel and will be working on their strategies to defeat the Minions in the coming weeks.

“We have to keep trying and trying again,” said Ahsan. “We understand them well. We train together all the time. They know us well. But they are the best. They are so much faster.”

The Minions have not had the same dominant season as last year but still approach the season-ending HSBC BWF World Tour Finals as the team to beat. For them, it’s just about controlling what’s within their reach.

“We are focused on every tournament we enter. There’s still so much to achieve,” said Gideon.

Their latest blip came against the other Indonesian contenders in Fajar Alfian and Muhammad Rian Ardianto who lowered their colours in the quarterfinals of the Korea Open 2019.

Alfian and Ardianto have twice defeated the Minions in 2019 also prevailing at the Malaysia Open in April.

Defending HSBC BWF World Tour Finals champions Li Jun Hui and Liu Yu Chen have had a quiet year by their lofty standards with just one title. They’ve struggled to get past the semifinal stage in particular with just two finals from eight final four matches.

Chinese Taipei’s Lee Yang and Wang Chi-Lin made the most of early season opportunities to accumulate substantial points across the first six months.

Victories at the Spain Masters, Orleans Masters and India Open and finals in Switzerland and California have them in fourth spot. It will be interesting to see if that will be enough for them to qualify as the pressure mounts in the finals few weeks.